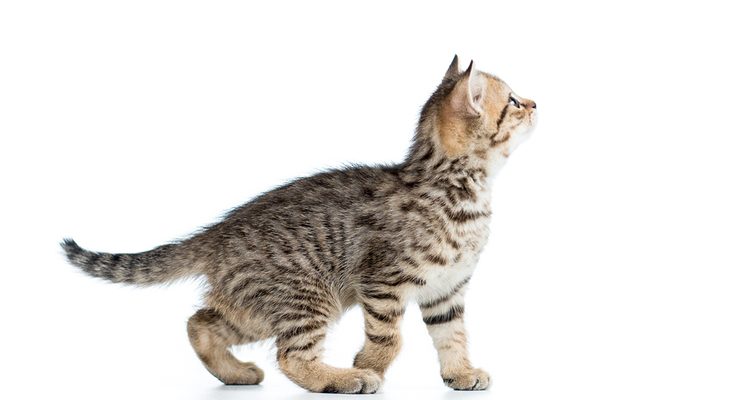 Cats have so many things about them that make them such unique and lovable animal companions. Wonderful as they are, how many cat owners actually understand the logic or reasons behind some truly baffling feline behaviour? Here, we attempt to de-mystify the world of cats by explaining why cats do some of the things they do.

What does it mean when a cat does a little hop?

When a cat bumps against your leg, quickly lift both front paws off the ground together and put them down again in a little hop-like manner – it’s generally a greeting reserved just for humans. It harks back to the head-to-head greeting behaviour kittens learn from their mothers. She would lower her head to make face-to-face contact and rub noses with them in order to mingle scents. Since humans are so tall, and a cat is comparatively short, this is its welcoming greeting.

Why do cats purr?

Cats, both large and domesticated, are the only animals that purr. A purring cat is not necessarily a happy cat. A cat in great pain, distress or even a female giving birth will purr. They will also purr in anticipation of being fed or stroked. Kittens start to purr at two to three days old. A kitten purring is a signal to the mother that all is well, and that the kitten is contented and getting enough food when suckling. Curiously, scientists tell us that a cat never purrs when alone!

What’s behind that strange kneading action?

Kneading is when a cat extends and retracts its claws, usually when it is resting on its owner’s lap. When you relax and sit quietly, you’re giving your cat the same signal he got from its mother when he was a kitten – that its mother is ready to let it suckle. A nursing kitten instinctively uses its paws to draw out the milk, gently pushing on its mother’s stomach to increase the milk flow.

When older cats behave this way, it’s a good sign that they’re happy, content, and probably recalling their kittenhood. If the cat dribbles or suckles on the owner’s clothes whilst kneading, the cat in question had probably been taken from its mother too early, and never had a chance to grow out of the behaviour naturally.

Do cats always bury their waste?

As do humans, cats alternate phases of deep and light sleep. Dreaming occurs during the deep sleep phase. During this phase, the giveaway is movement of its paws and claws, twitching of its whiskers, and flicking its ears. Sometimes he even vocalises!

What can we tell about a cat’s mood from its fur?

When alarmed or startled, a cat’s hair will stand up on all over its body. When threatened (as when another cat is about to attack), the hair stands up only in a narrow band along the spine and on the tail. The hair will incline slightly toward the middle from both sides, and will form a sharp ridge. This will make the cat appear larger than it is to any enemies.

Why do cats torture their prey?

House cats, regardless of the fact that they are domesticated, may hunt but do not kill because they aren’t hungry. Most house cats are never trained by their cat mothers to hunt and kill swiftly, so the kill becomes a toy.