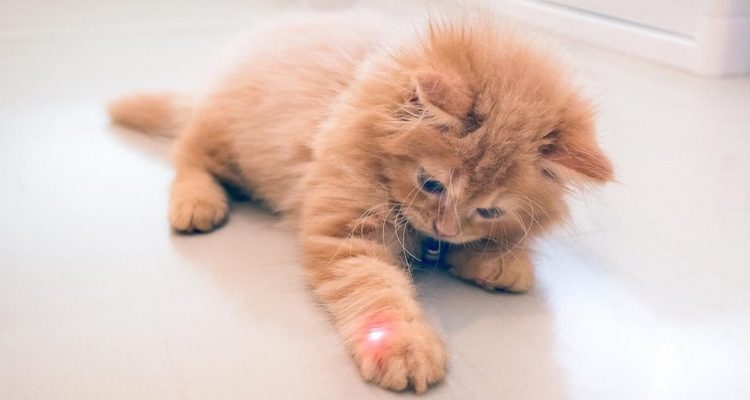 Cats owners, you must be aware of this: you can get your feline friend the best toys from a pet shop, but it’ll be extremely taken with something as simple as an empty box or a small red dot emitted by a laser pointer.

Our little balls of fluff will go to great lengths just to catch this little red dot, but why is this so and is it really all harmless fun and games?

The predatory nature of cats

According to animal behavioural specialists, cats usually engage in 8 to 10 ‘hunting expeditions’ a day due to their predatory instincts. When we tease a cat with a laser pointer, we often unknowingly mimic the actions of prey animals by darting it all over the place, pausing every so often. This stimulates the innate predatory sequence of stalking, pouncing, and then killing in cats, which is why cats find it so hard to ignore the bright dot of light when it dances in front of them!

Tons of professional vets in Singapore and around the world know that a cat’s retina contains specialised cells known as rods and cones. As compared to a human, a cat’s eye has a much higher number of rods, which allow the cat to see even the slightest of movement, but it also has fewer cones, which serves to perceive colour. What this means is that while the colour of the laser beam doesn’t matter at all to your cat, the fast darting of the beam will definitely grab its attention.

Is playing with a laser pointer good or bad? 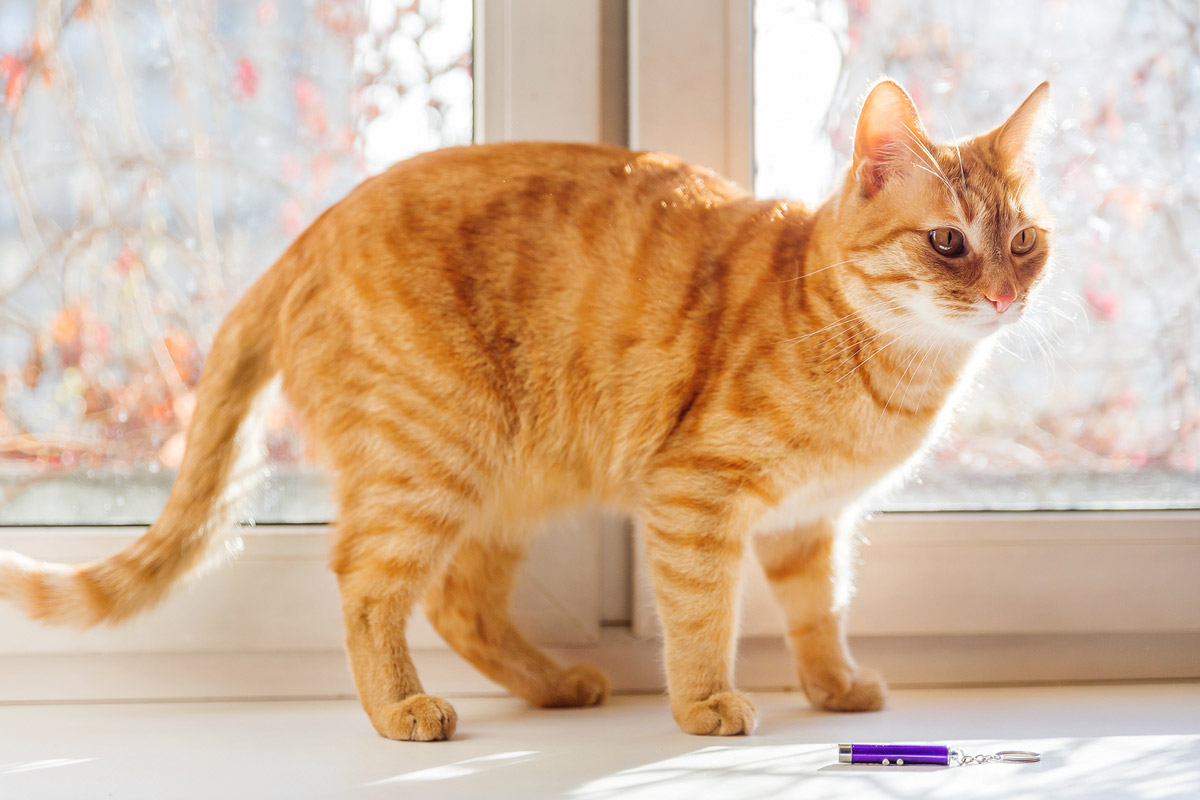 Of course, one of the greatest benefits of playing with a laser pointer is the amount of exercise that your tabby will get in its otherwise sedentary lifestyle. Apart from this, ‘hunting’ provides key mental stimulation to prevent your kitty from feeling bored and restless, and it hones your cat’s coordination, mobility, and predatory instincts!

However, the main problem that stems from chasing a laser beam is the frustration that your cat may be riddled with every time it hunts down the beam to no avail. When cats hunt tangible prey, they very often succeed; to constantly get worked up with no resolution may result in anxiety and destructive behaviour, so it’s recommended by vets to hide treats around the room and occasionally land the laser beam onto the treat to reward your cat for its efforts! Alternatively, use tangible toys that your cat can actually catch, such as a kitty fishing pole.

Many cat owners have also wondered if shining a laser pointer into their cats’ eyes would cause harm or not, and the answer is: not necessarily. Naturally, it goes without saying that we should always avoid doing so if we can, but if you do happen to accidentally point the laser beam directly into your cat’s eyes for a split second, it’s not going to cause permanent eye damage immediately.

Cat laser pointers and automatic laser cat toys typically feature lasers that have a range of 1 to 5 milliwatts, which is safe for both human and animal eyes. However, not all laser pointers have this range, so it’s best to check its label first before using it to play with your kitty!

All in good fun 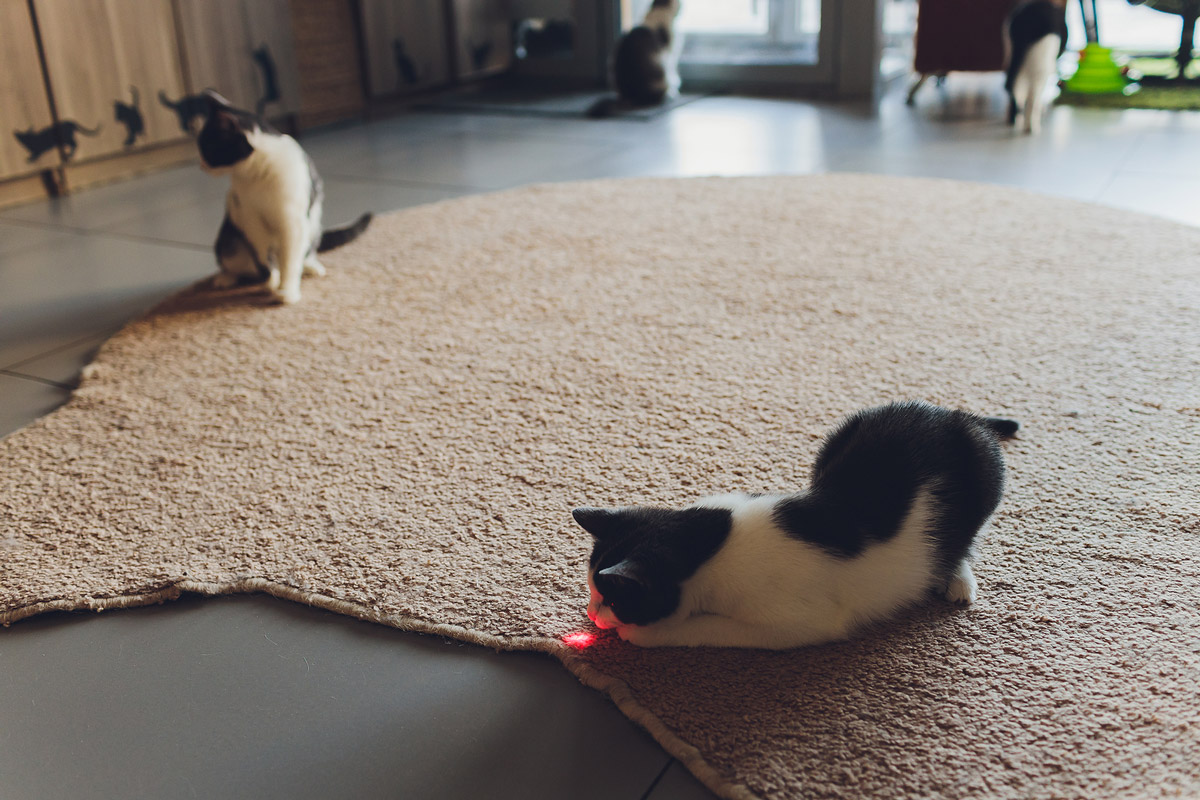 We love using a laser pointer to play with our cats because of the enthusiastic reactions (and sometimes, we get treated to hilarious acrobatic acts), and overall, it is safe to do so so long as we keep these safety tips in mind: