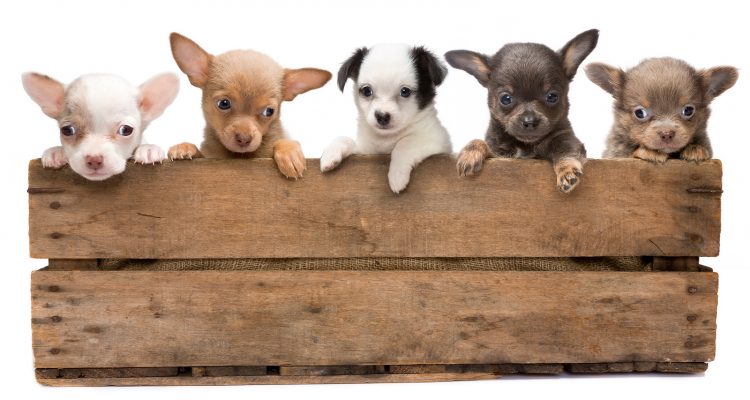 Before you make your payment for your new puppy at the pet shop, have you wondered where the adorable little furkid comes from? It is an unfortunate truth that puppy mills exist in Singapore, and some dogs you find at pet shops may have been bred under improper conditions.

If you aren’t careful, you may be bringing home a puppy with underlying diseases. Here are some of the most common examples:

Tick fever, or tracker dog disease, is a condition that is transmitted by the brown dog tick. Both humans and dogs can get tick fever if they’re bitten by the tick which carries the bacteria. However, humans aren’t able to contract tick fever from contact with infected dogs. Symptoms to look out for in dogs include nosebleeds or blood in stools.

Pyometra is a potentially fatal uterine infection that occurs in unspayed animals. During the animal’s heat cycle, the cervix relaxes and opens slightly, which may allow the intrusion of bacteria into the uterus. The bacteria is trapped as the cervix closes again. Healthy animals will be able to fight off the infection, but those with compromised or poor immune systems are at high risk of developing pyometra. Symptoms to look out for include smelly vaginal discharge and an enlarged abdomen.

This is a common skin condition that affects dogs and is characterised by heavy itching caused by parasitic mites that burrow in the skin. The two primary types of dog mange are Red Mange and Sarcoptic mange. Red mange happens most often among puppies from three to 12 months old, due especially to malnutrition and a poor immune system. Sarcoptic mange, otherwise known as scabies, is also not rare among dogs and even infectious to other animals. Dogs that suffer from this skin condition are usually seen with scaling or scabbing skin.