Cat Meows: What is Your Feline Friend Trying to Tell You? 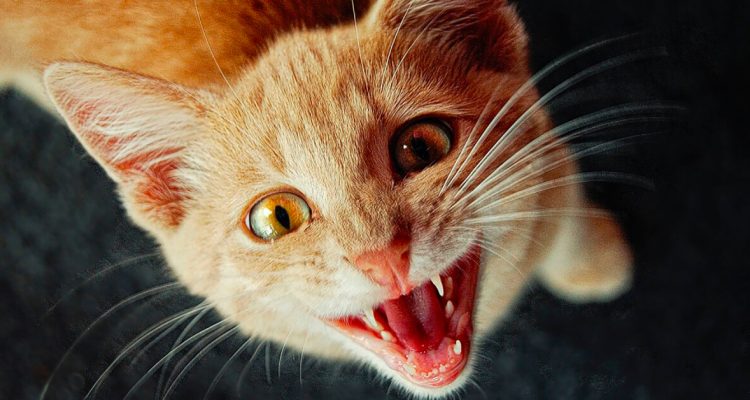 There are many telltale signs through which you may be able to tell your cat’s emotional or physical state, but did you know that the sounds your cats make can also speak volumes about what’s on their minds?

Even though cats can’t make up words and languages as we hoomans do, they still have a vocal way of communicating with their owners. If you take a minute or two to listen closely, you might notice a difference in tone, pitch, and volume when it’s mealtime, as compared to during a visit to the vet.

There are many sounds that your feline friend will make, but what exactly are our feline friends trying to say? Read on to find out the different meows cats make and the meaning behind them!

Why does my cat meow? 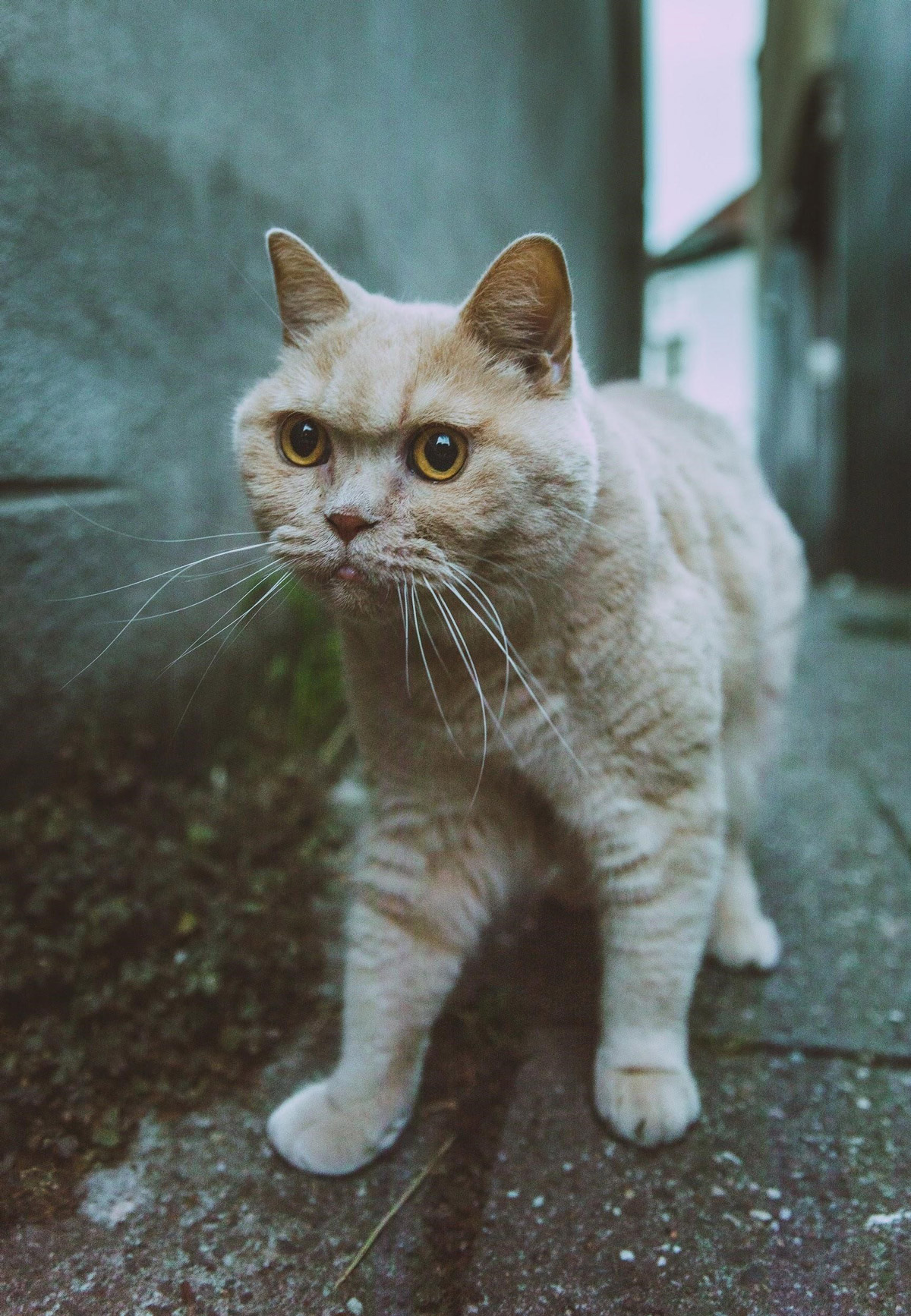 While felines communicate with one another through facial expressions, scent, complete body language, and touch, it can be a little harder for cats to get their point across to their human companions.

Meowing is the language that the domestic cat has developed almost exclusively to communicate with humans since we are unable to interpret their body language and detect their pheromones!

However, there are two situations when cats meow to communicate with each other:

This occurs when kittens are still with their mother, where communication is made through vocalisation. As the kittens develop independence, the communication between kitten and mother cat then progressively switches to facial expression, body language, and scent.

Another occasion when cats meow to communicate with one another would be when a female cat is in heat. The female cat will exhibit characteristic behaviours such as increased restlessness and aggression, a desire to escape in order to find a tomcat, holding her tail up high, frequently rubbing her body against the floor and objects, and often making loud, persistent meows that sound like a crying baby as a signal to nearby tomcats that she is ready to mate. From a distance, male cats will respond to her constant meowing by urinating frequently and emitting loud, piercing cries of their own. 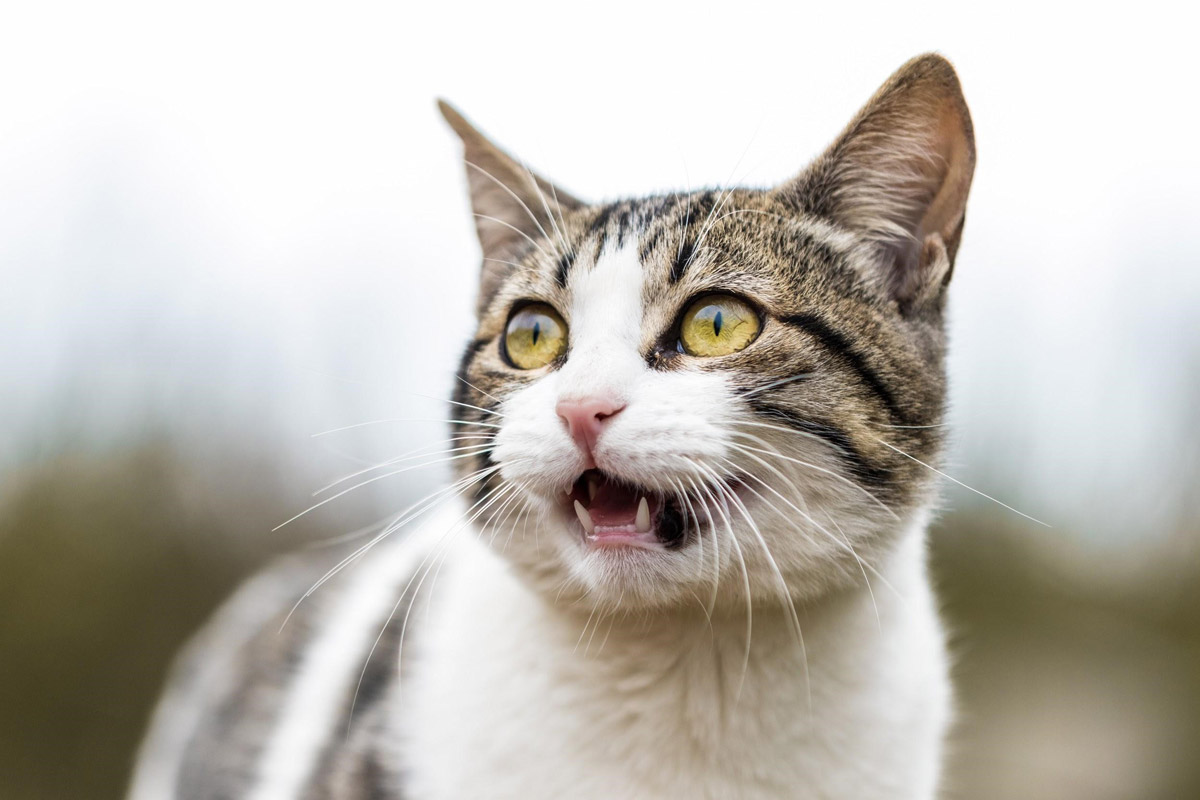 Cats have developed many meow sounds. In order for you to understand this unique language, you will need to take note of the pitch, length, volume, and frequency of their meows!

In general, soft and pleasant-sounding meows are a call for its human to provide food or attention. On the other hand, loud or shrill meows are an indication of unhappiness, annoyance, or anger.

Longer or drawn-out meows indicate unhappiness and impatience. Think of it as a demand or a complaint — its human is too slow with the food; too slow to clear its litter box; too slow for its liking!

Just like us humans, excessive and repetitive meowing from a cat can be perceived as nagging. Perhaps you’re not doing something that it’d like you to do despite its meows, so it’s nagging at you to remind you to get onto it! 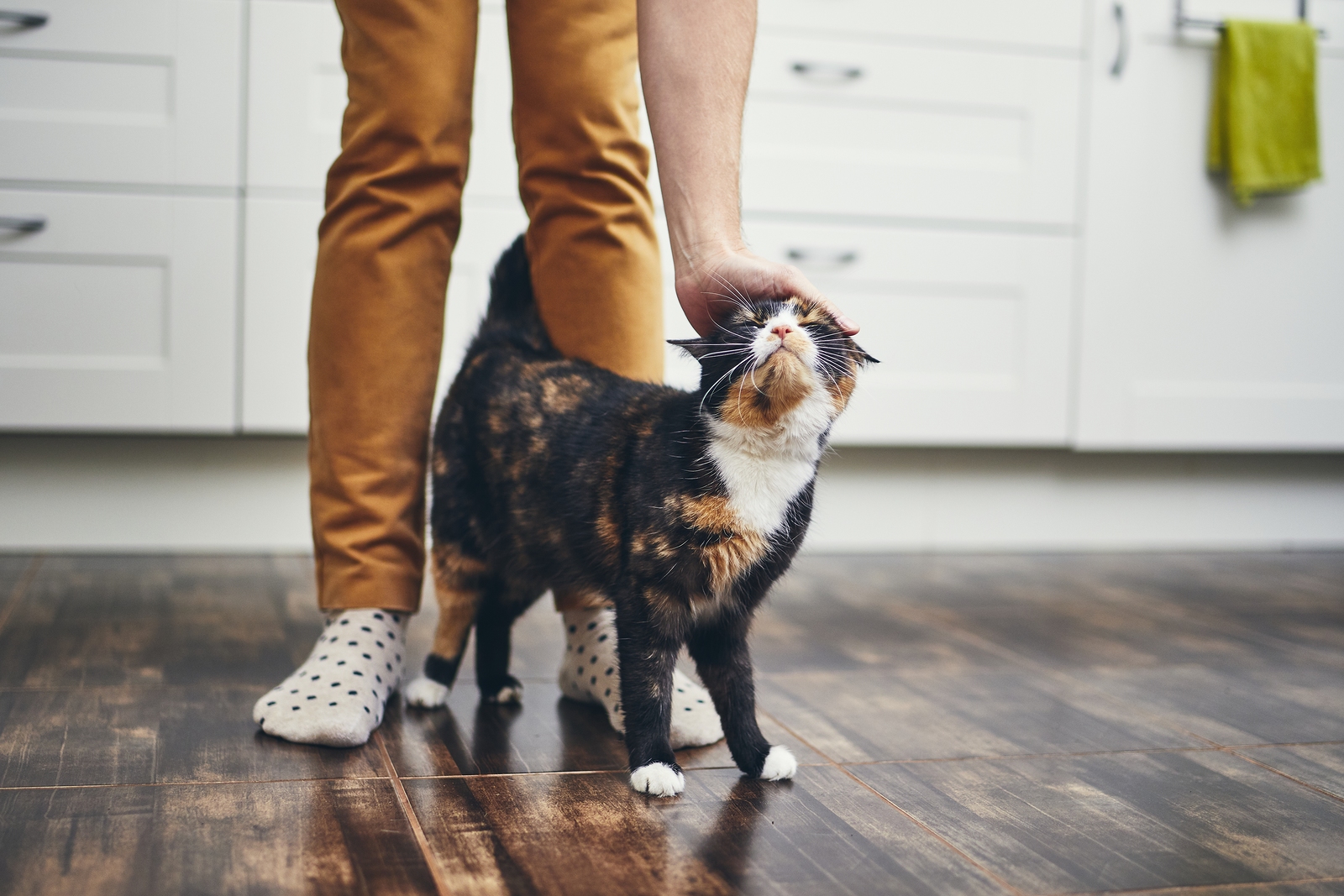 Just like you would greet a friend, your cat might make this sound early in the morning or when they haven’t seen you in a while — it’s basically their way of saying hello to you!

An excited greeting. It’s saying, “Great to see you!”

Does your cat’s meow sound like a “mrrroooow”? This is a demand for something, and it’s telling you to take action right now.

Uh oh. The drawn-out meow has evolved into a low “mrrrooooowww”. This is your cat grumbling and complaining that you’ve not done what it wants you to do. For example, “Hey — my bowl is still empty!”

Essentially functioning as an exclamation of pain or anger, this “RRRROWW!” is your cat yelling at you. A common example is when owners accidentally step on their cat’s tail. “That’s my TAIL you just stepped on!” 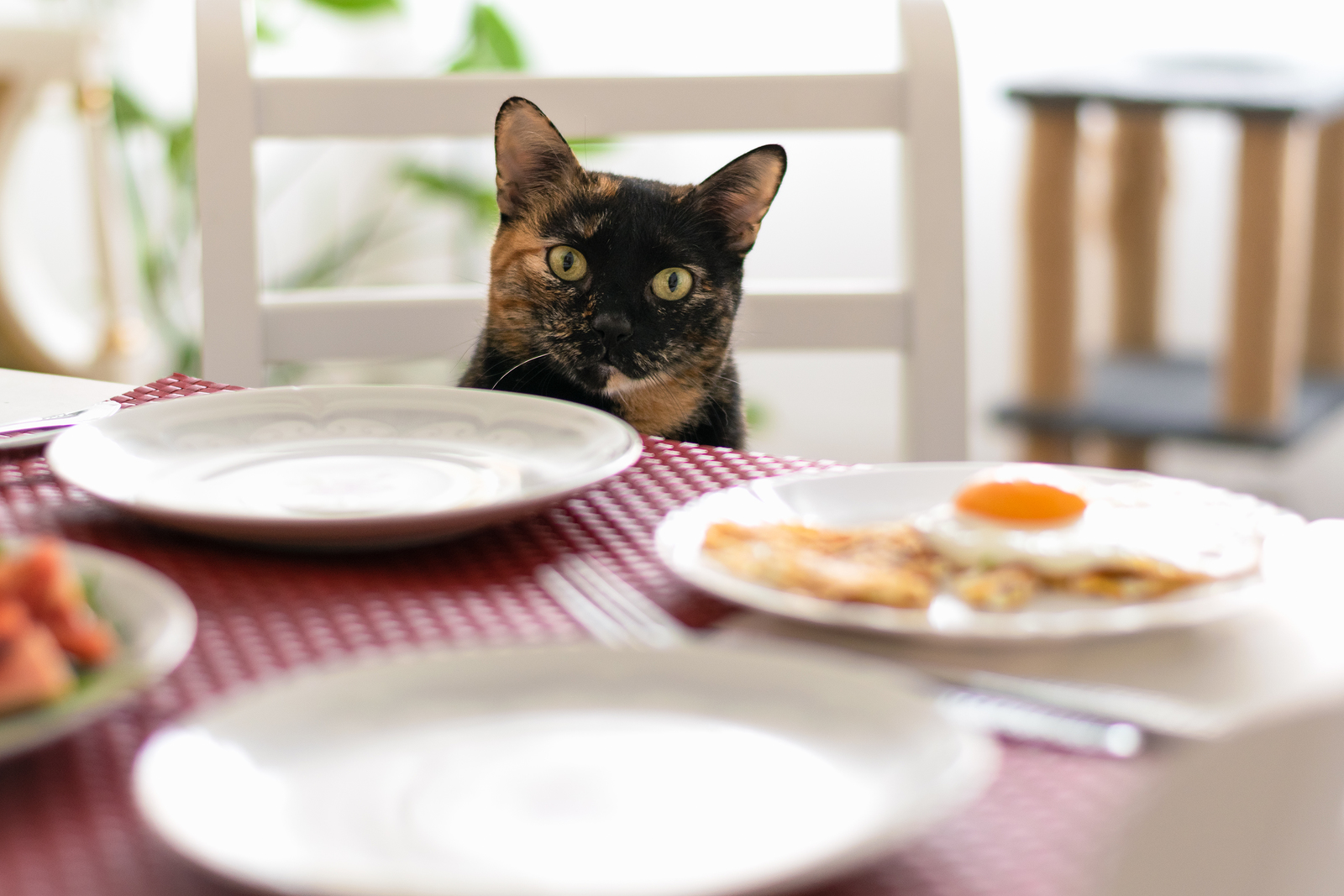 While it’s true that cats sometimes use excessive meowing to get what they want, it doesn’t mean that you should always give in to them all the time! Every now and then, you should ignore their constant meowing to train them into meowing only when it’s really necessary.

Do take note, however, that too much meowing can be a sign of illnesses such as a thyroid or senility issue. Don’t disregard constant and excessive meowing — get your vet to step in and assess your kitty’s health situation! Cats may meow uninterruptedly when they are in distress or when there is a medical problem. 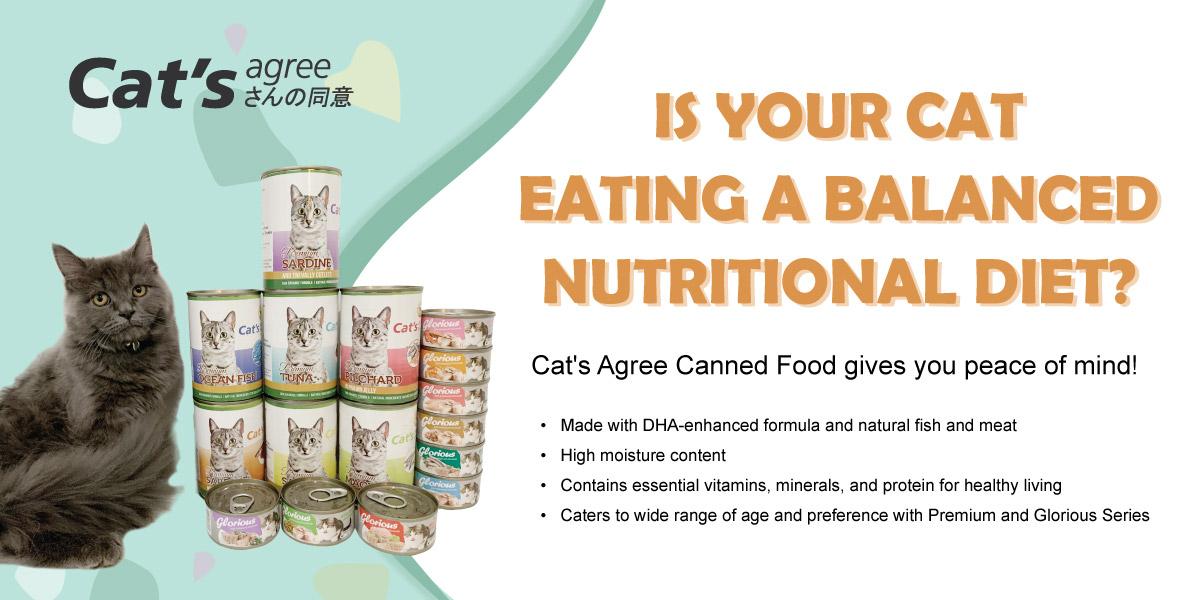