Q. You’ve rescued animals since childhood. What was your very first rescue like? 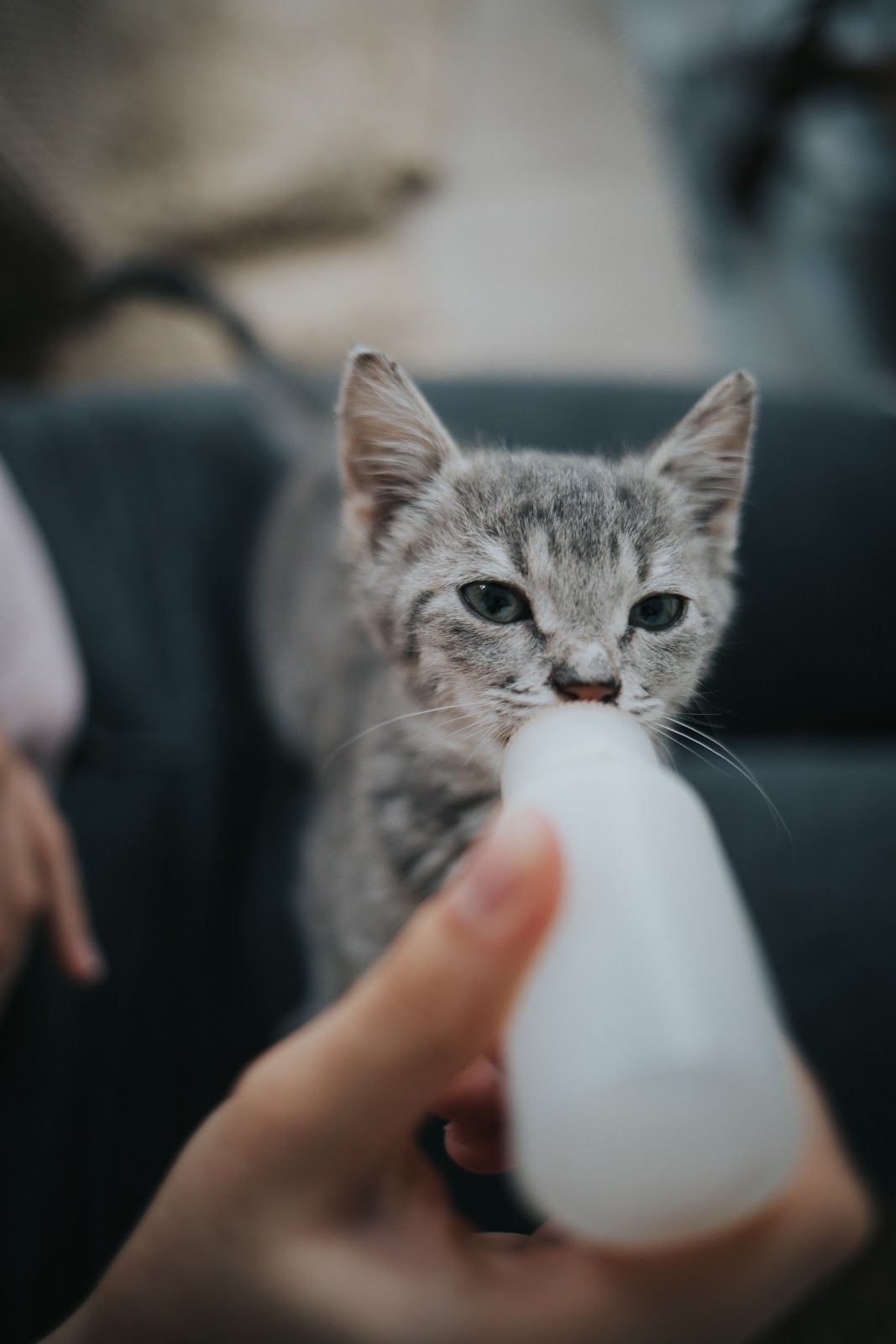 Amanda: When I was in elementary school, I found this little sickly little kitten that I named Jane Doe. She was probably only 3 weeks old or so — covered in fleas, emaciated, and very cold. We took her down to the vet and the vet said, “I really don’t think she is going to make it but if you put the time into her, I’ll put the money into it.” And I was like, “Deal.”

I named her Jane Doe because nobody knew who she was or if she was going to survive. But once she chewed the nipple off the bottle, I knew that she was a fighter! I knew she was going to make it, so I changed her name to Jane and I had her all the way until my son Beast was born.

Q. Is this what you saw yourself doing in the future?

Amanda: I never would have guessed that this would be what I am doing. I really wanted to work in the human medical field as a cardiac neonatal surgeon, but as a single mum, I switched over to veterinary science in the emergency room because it lets me take care of my children during the day.

I felt that was inhumane, so I would take those animals under my care and once they were healed and rehabilitated, I would find them forever families. Eventually, I left the veterinary industry and started my own non-profit to help the animals that didn’t carry a wallet — I believed that they mattered just as much as animals with owners.

Q. What are some of the toughest challenges and memorable moments that you’ve experienced as an animal rescuer? 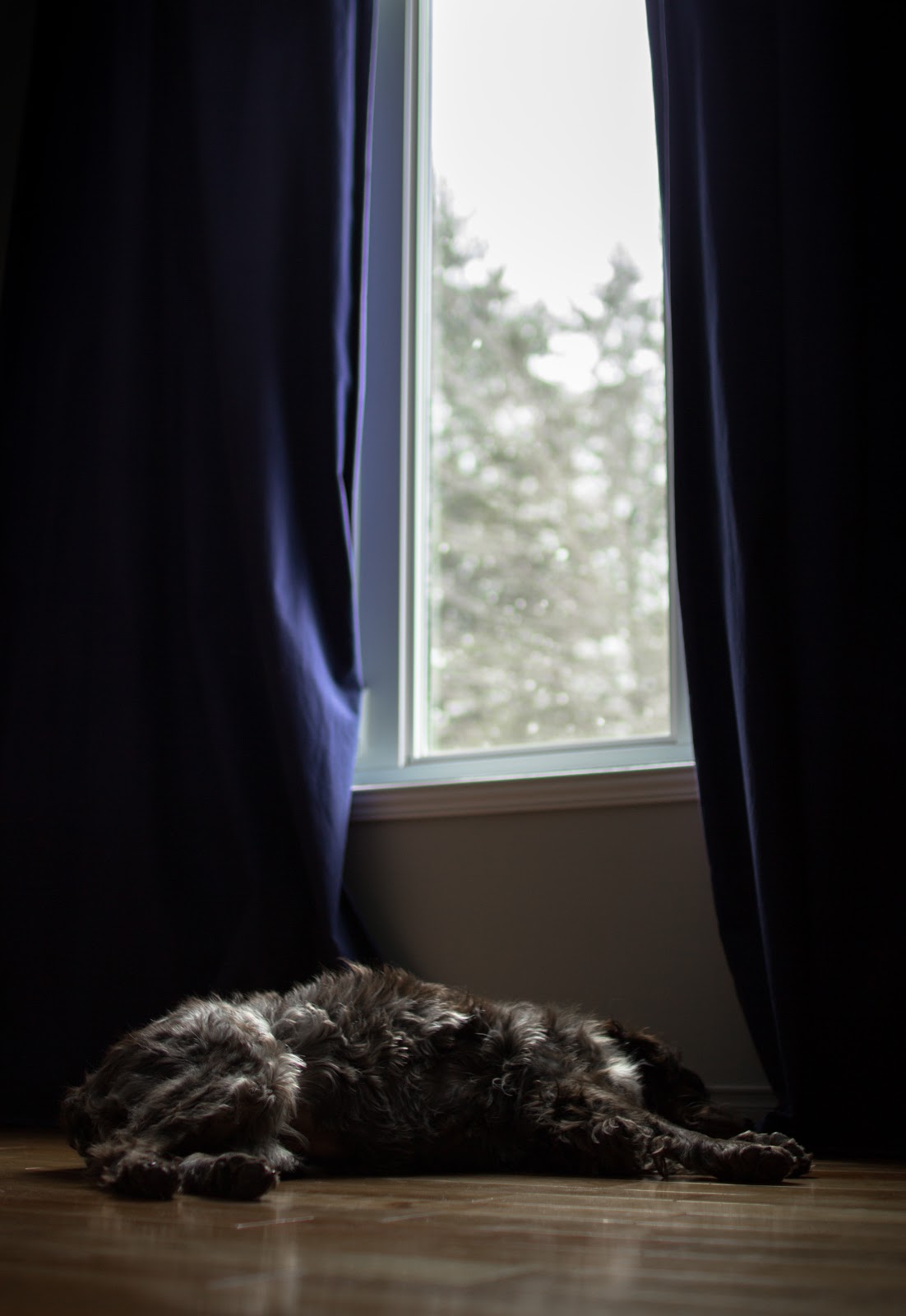 Amanda: The toughest challenges are when you encounter these one-of-a-kind cases and have to decipher the best treatment plan for these individual animals — you’re jumping into the unknown on global television with millions of opinionated followers watching. That said, I work with a huge, amazing team, and we make sure to take time with the process to craft the best treatment plans for the animals.

Hospice cases can also be hard, but they’re the best ones too. Sometimes when we get an animal and we know it’s going to be a hospice case, it’s heart-breaking. But when that animal has the best time of their life — be it a month or a year — you feel like your heart grows ten times because you were able to give them that experience.

It’s a catch-22 — it’s one of the hardest parts of rescue but it is also the most rewarding part of this job. Those animals are often overlooked because the idea of heartbreak is a lot to take on and is too much for most. But I find that when I do those cases, there’s a renewed, reignited passion and fire to save the next life in their honour, in their name.

Q. What are some important lessons that you’ve learnt from your time as an animal rescuer?

Amanda: I would say the most important lesson that I’ve learnt is patience, especially in scenarios that are scary, or if I am working with an animal that has some type of behavioural aggression. I become the calmest, most patient person. I’ve always been patient, but it has evolved into a strong suit of mine.

I would say that another lesson is allowing myself to feel. I don’t have to always be stoic. It’s okay for me to be upset about something, to cry, to mourn. I allow my heart to break a little bit when the animals get adopted because I know what my mission and goal is.

Q. Would you say that caring for animals is everyone’s social responsibility? How can the average person do their part for animals? 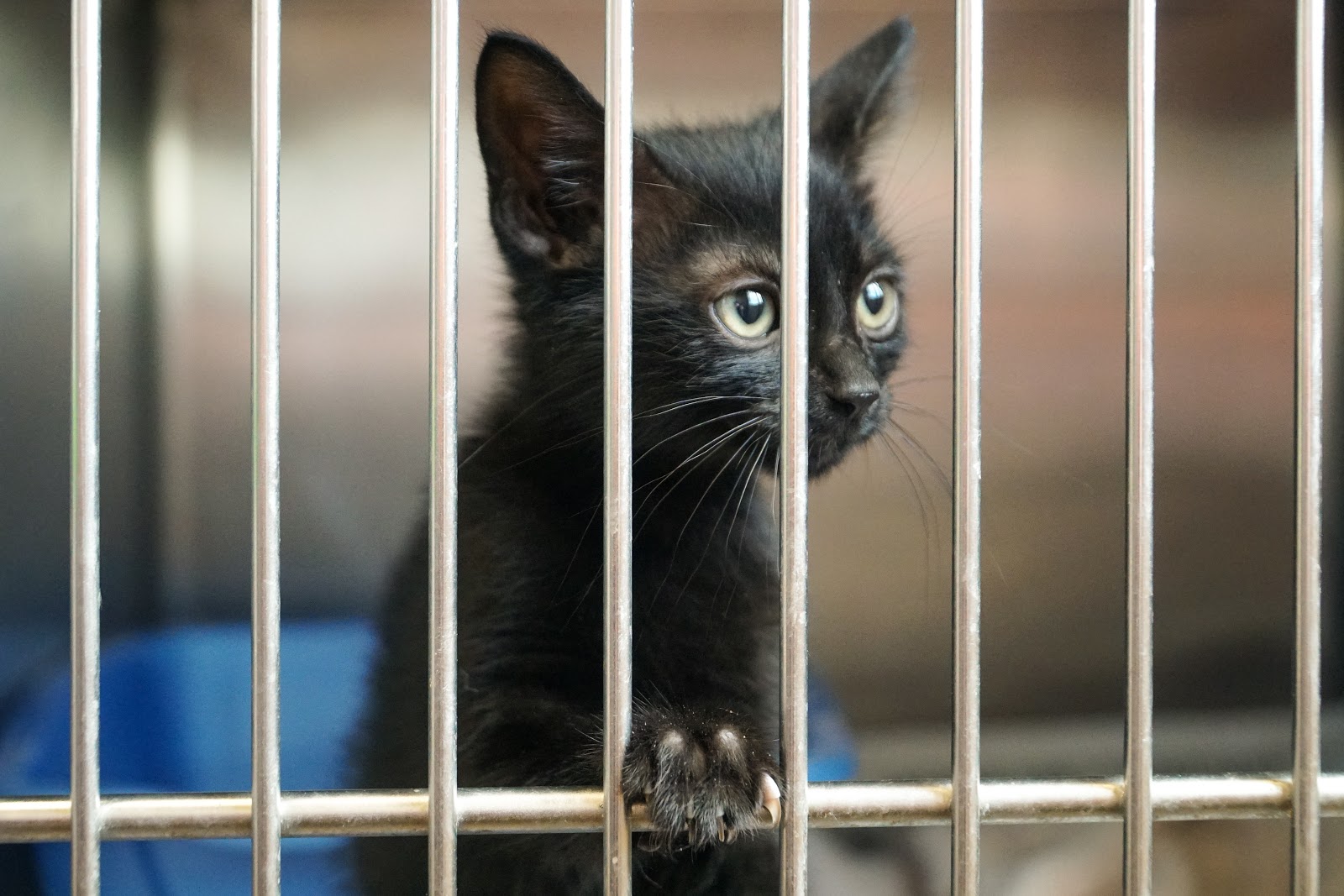 Amanda: Animal advocacy starts just with loving an animal and understanding that they deserve to have a voice and humane treatment. There are a tremendous number of avenues through which people can get involved. You can just donate a little amount to your favourite organisation, volunteer your time with a private non-profit, or just educate others on social media — the more that you’re sharing with animals in need, the more helpful it is for them.

Individuals make the most difference when they adopt and advocate for adoption too. If you are looking into starting your own rescue efforts, my advice is to volunteer for a year with a local shelter because what you will learn in that first year is going to be an exponential amount of knowledge that will help you.

I didn’t do it that way. I did it straight from fixing up strays and getting them into homes, and that cost me tens of thousands of dollars a year out of my own pocket. Granted, it’s a little easier now that we’ve had the public’s recognition for what we are doing, but the things that I learnt along the way could’ve been learnt by volunteering at a shelter and would’ve saved us a lot of money and heartache!

Q. What are some common considerations people often gloss over when getting or adopting a pet? 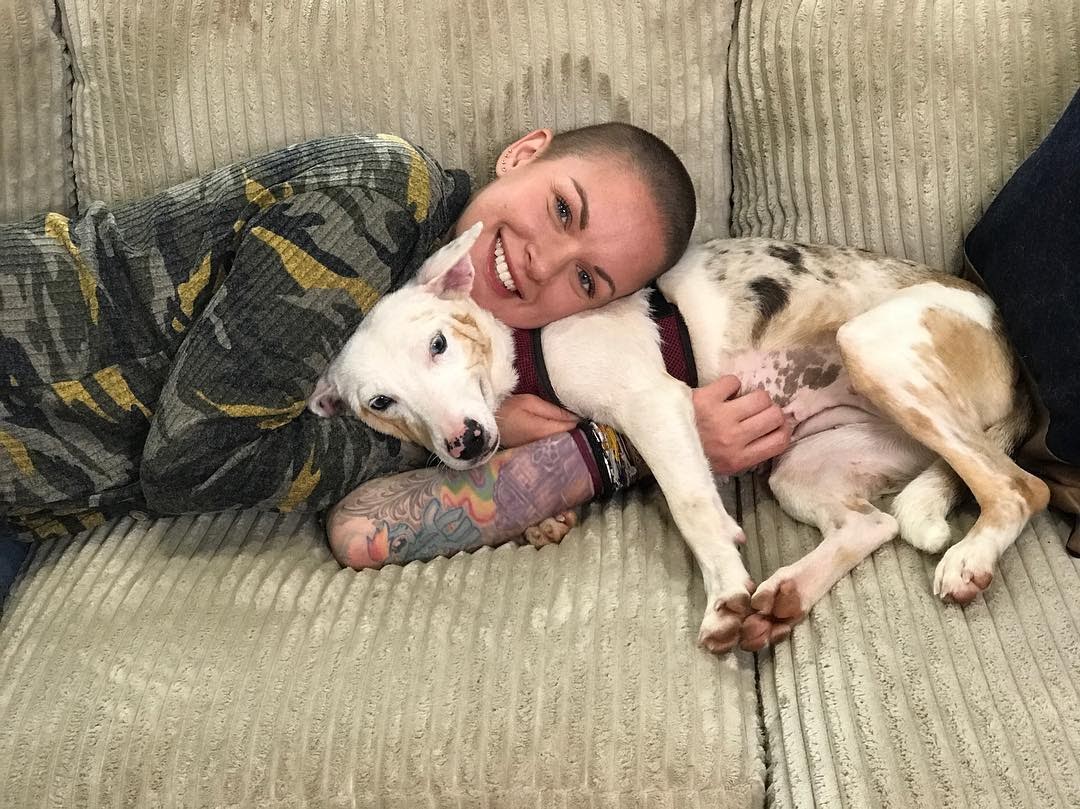 Amanda: People don’t see the true temperament or energy level of an animal and have an image of the ideal dog in their heads. When they see it, they’re just like, “Oh, my gosh! It’s the cutest thing I’ve ever seen in my life!”. I get it, but is it the right temperament for you? Does it have the right energy level for you? I think it is important that people focus on making sure it is the right fit for them and their lifestyle.

We live in a society that likes shiny, cool, and unique things, but slow down. If you’re going to get an animal for life, you want a cohesive, happy life with that animal instead of constantly battling it. List some behaviours, personalities, and traits you are looking for, then match that as best as possible with a shelter rescue animal! Take your time, because it doesn’t have to happen immediately, so just be patient when finding the right one.

Adopted animals typically come spayed and neutered first, which is a benefit as they have proper medical care and vaccinations. That alleviates a ton of pressure off the adopter to ensure that they are not contributing to the issue of overpopulation as well.

Finally, ask a ton of questions and don’t be afraid. The people that are trying to match these animals want to make sure that they are getting them to the right places. On top of that, expect them to want to know some things about you because they are doing their due diligence to make sure that everything is a good fit.

Q. What’s in the future for Amanda Giese?

Amanda: Oh, my goodness, I hope a lot more seasons of Amanda to the Rescue are in the future because I am already seeing a major wave of education roll across the globe. I’m getting the most inspirational emails and letters from people and how it has changed their lives and their animals’ lives for the better.

That’s why I am really hoping that we continue doing this for 15, 20 seasons. I want to be an old greying lady that is still doing rescues, educating, and evolving with the times and with modern medicine. But I really hope to continue doing this because I think that we are going to make significant headway in animal welfare and animal rights.

Amanda To The Rescue

Amanda To The Rescue is a docuseries starring animal activist Amanda Giese. Together with her non-profit animal rescue, Panda Paws Rescue, and her kids, Jade and Beast, Amanda is on a mission to end homelessness, abuse, and neglect of all animals.

Season 2 of Amanda To The Rescue premiered on 6th January 2020, and you can catch it on Animal Planet (SingTel TV Channel 208). 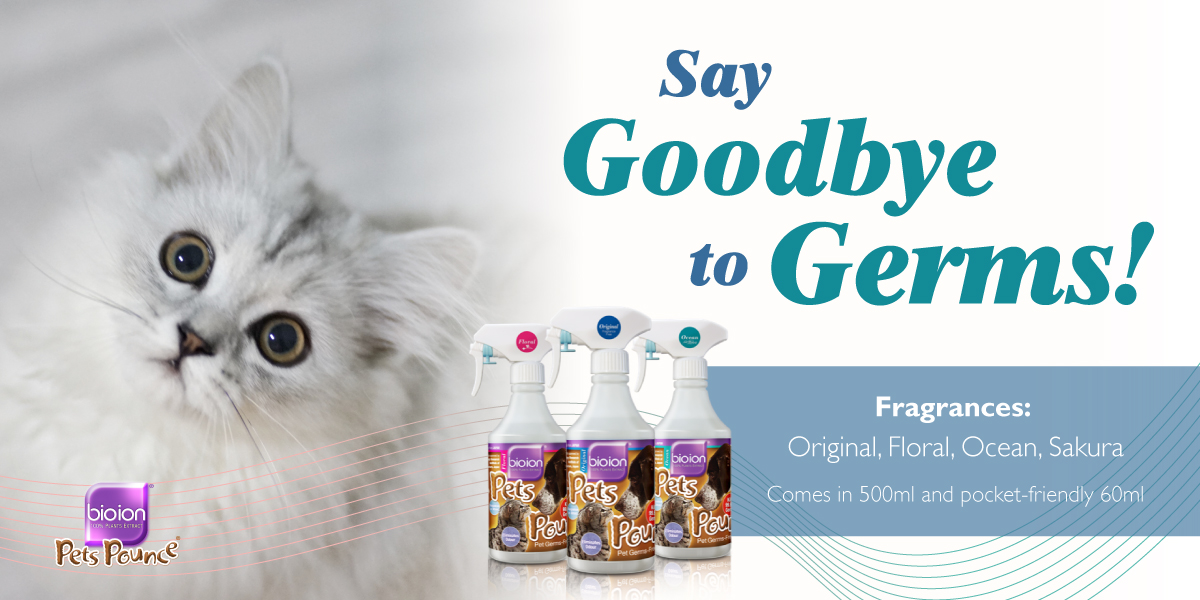