7 Most Common Cat Behavioural Problems & How to Solve Them 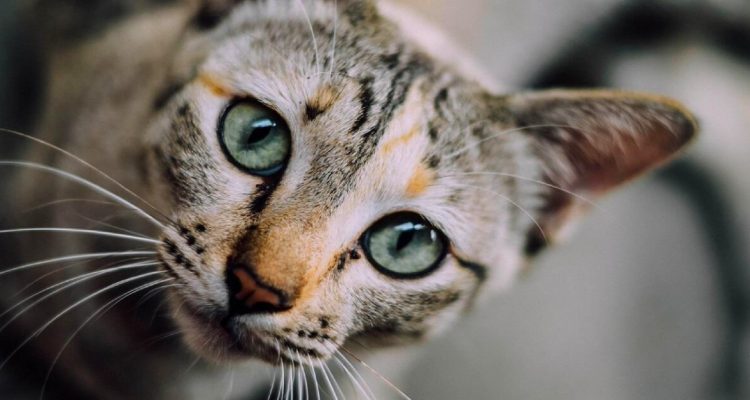 clubpets on December 5, 2019 No Comments

Is your cat exhibiting abnormal or unwanted behaviour? Just like you, your kitty experiences a wide range of instincts and emotions such as anxiety, fear, hunger, and frustration, which could be possible reasons for seemingly ‘bad’ behaviour.

As a pet owner, it is important to note that your cat is simply acting because of the way it feels (illnesses and old age can play a part too), and you should never punish your cat without understanding the cause behind its actions. While this list is not exhaustive, here are 7 common behavioural issues in cats and how to deal with them properly: 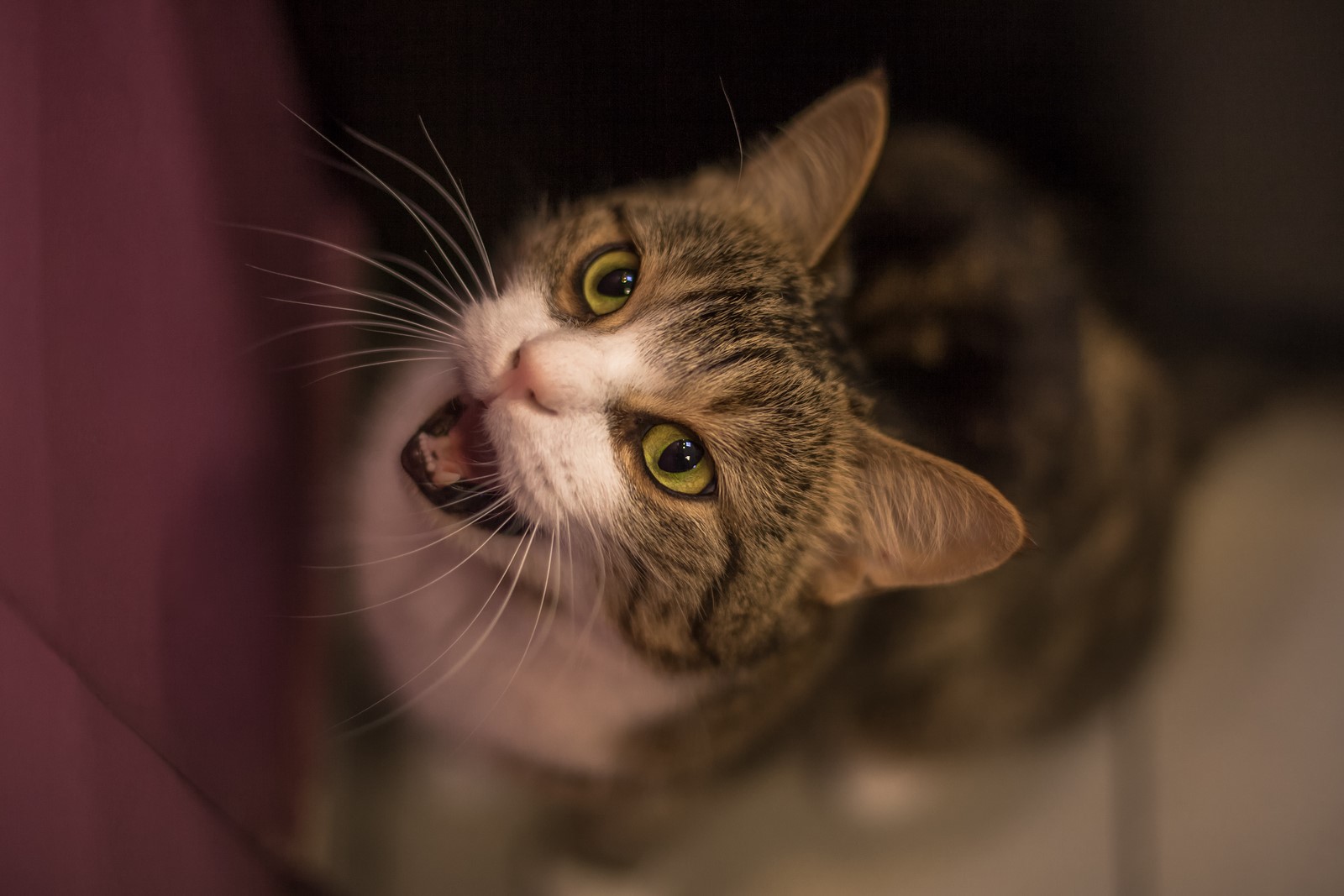 You might be dozing off only to hear your cat crying and howling loudly through the night. While this behaviour is somewhat normal for feline creatures, given that they are nocturnal, if this behaviour is not typical for your cat, it might be feeling bored, or trying to communicate that something is wrong.

Abnormal meows and howls from your cat could also be signs of pain or discomfort that could stem from problems in its urinary tract, injuries, or even pinched tails. It is, however, important to take note that some breeds, such as the Siamese Cat, are simply more vocal than others by nature.

A sexually-mature female cat will also vocalise more frequently than it normally does when it is in heat, which is a natural mating call intended to draw the attention of tomcats that may be in the vicinity. A tomcat that hears her calls will then respond with his own vocalisation. To know if your female cat is in heat, observe if she exhibits other tell-tale signs like raising her tail, arching her back, showing more affection towards humans and other cats, and an increased urge to run from the house to look for a mate.

If your cat vocalises excessively out of boredom, consider buying some new toys for them to have something to entertain them throughout the night. If you suspect that it could be due to pain or discomfort, then it may be time to plan a visit to the vet!

2. Scratching objects in the house 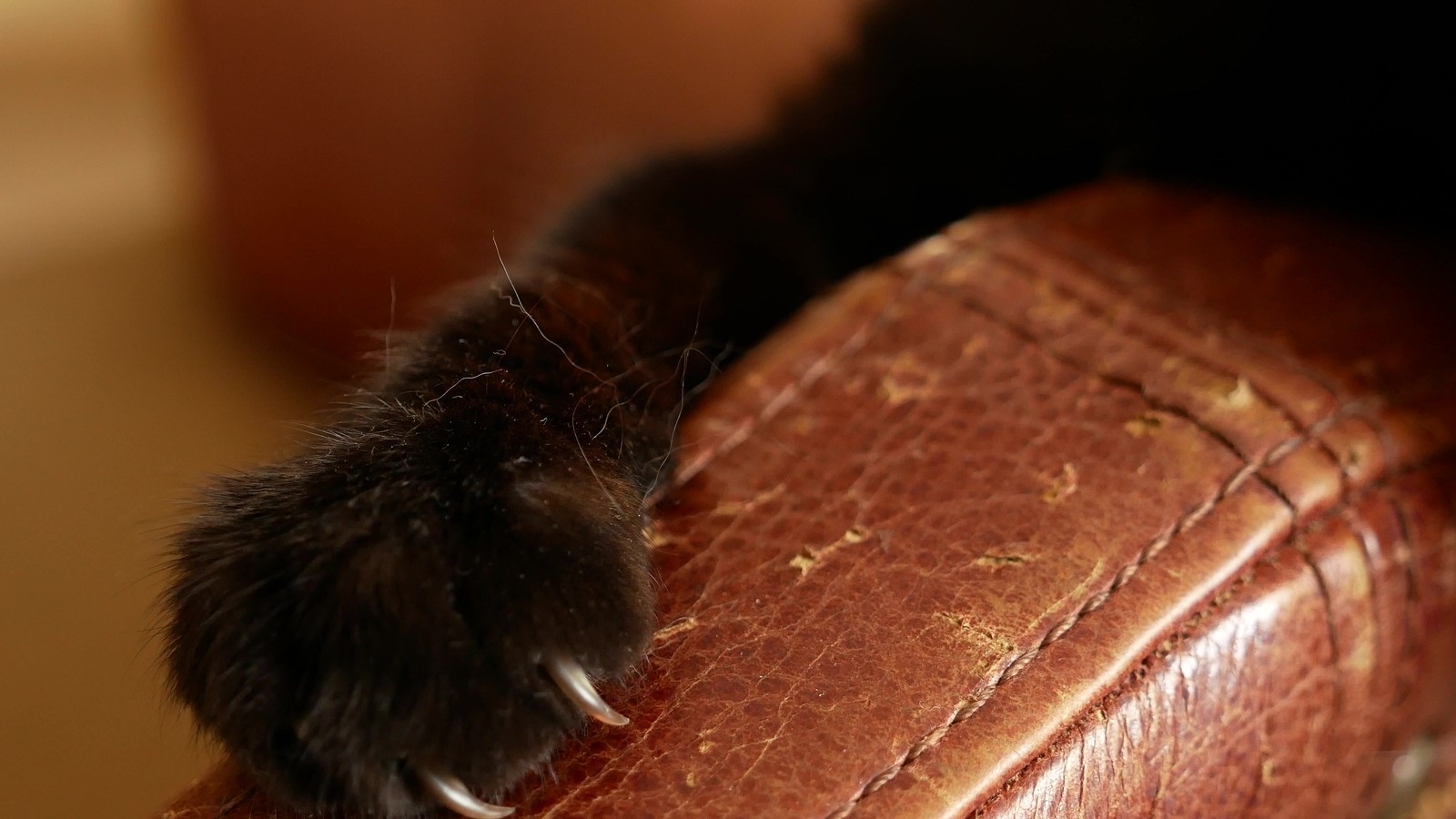 Have you noticed that your cat loves to scratch? Aside from marking its territory, scratching is a part of a healthy cat’s grooming ritual and helps to remove the dead outer husk of its claws. However, allowing your cat’s scratching to go unchecked may result in expensive furniture or precious keepsakes becoming damaged.

If your cat is scratching things that you prefer it not to, it is possible to redirect the scratching by providing toys or scratching posts that it can sink its claws into. Regular trimming of your cat’s nails can also minimise the damage that can be caused by its scratching, but do take note to do so with the right tools and plenty of care! If necessary, enlist the help of a professional groomer instead. 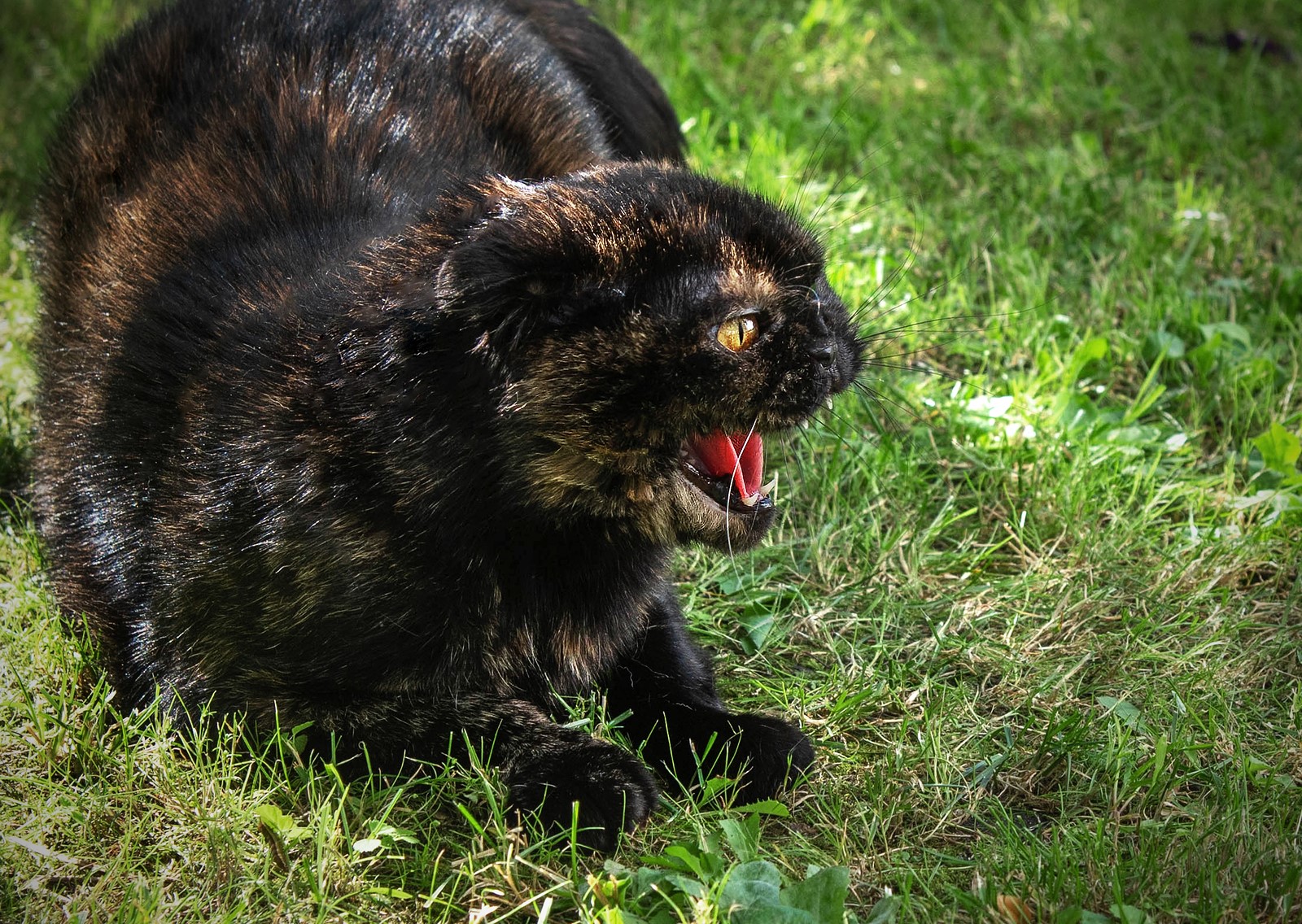 If your cat is behaving aggressively, it means that your cat is actively hostile towards other people and pets. However, what we interpret as aggression from a cat (or dog) is actually just its reaction to a perceived threat, in which cats (and dogs) often only know two responses — to run, or to face the danger with a threatening response to discourage the threat or offender.

This includes vocalising or swiping with a front limb, so if you see your cat exhibiting aggressive behaviour, you should identify and remove potential stressors that could be triggering this self-defensive behaviour. If the problem is not immediately identifiable, it is best to have your vet examine your feline friend. 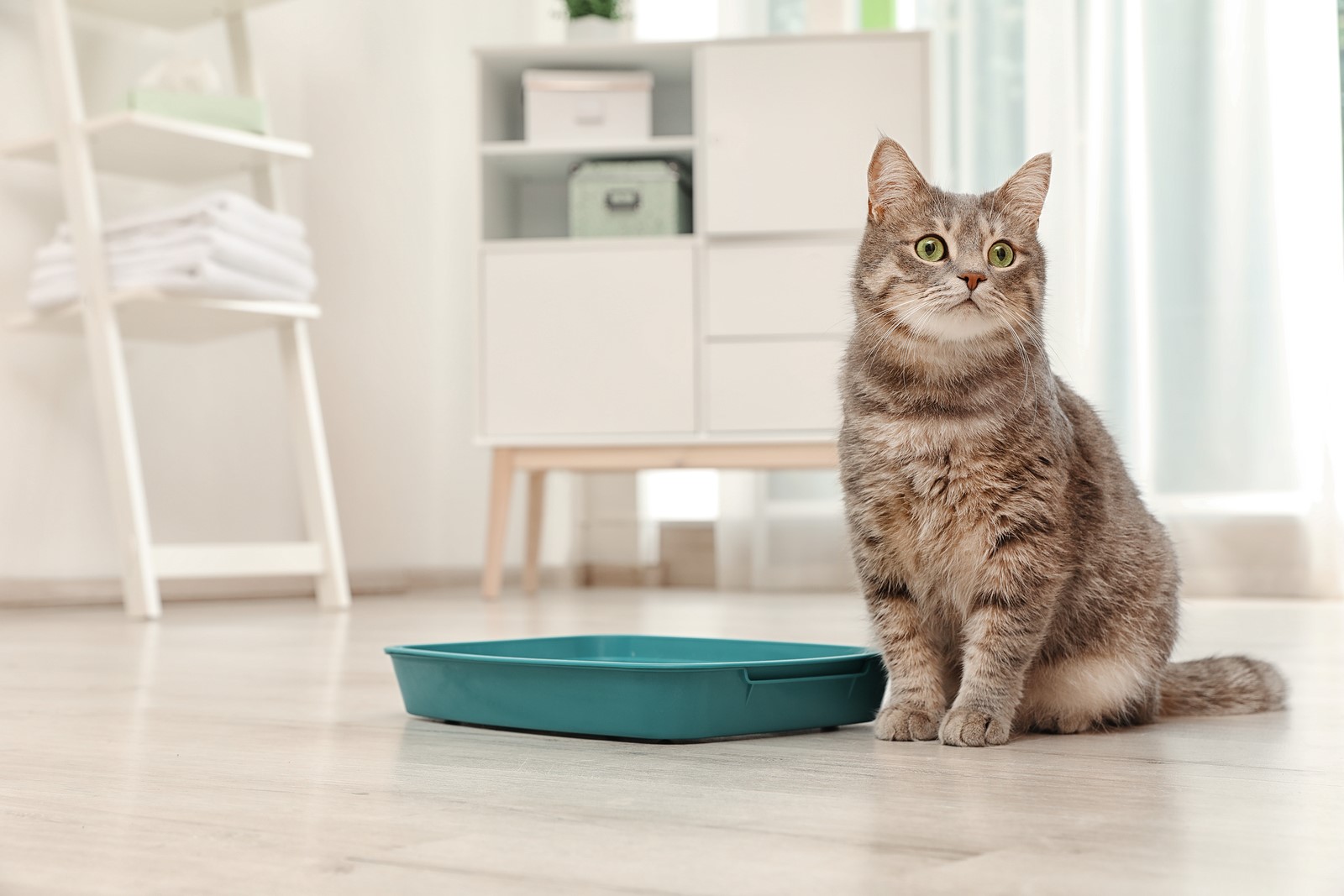 Cats can suffer from various urinary issues like infections, bladder stones, and even tumours. All these can be reasons why your kitty is urinating outside its box, or is unable to urinate altogether. Litter box issues can also be caused by conflicts between your cat and other pets, the size of the box, the position of the box, stress due to changes in its environment, and more.

If you suspect that the issue is medical in nature, bring your cat to the vet immediately for a check-up! However, indiscriminate urination in healthy senior cats (10 years and older) could also be a sign that it’s developing cognitive dysfunction rather than having urinary/fecal incontinence.

Also known as feline dementia, other symptoms of this condition includes occasional periods of appearing disoriented, changes in its sleep patterns, periodic staring at walls or into space, loud vocalising at night, and a loss of interest in interacting with humans and other cats. As some of these signs are also seen in medical disorders, we recommend a visit to the vet to get a professional diagnosis and medical advice.

Alternatively, if the issue is environmental, try to remove stressors from around the house. Even in the event that you have to make permanent changes around the house, you should try to introduce these changes slowly and gradually so that your cats have time to be comfortable and adapt to their new living conditions.

5. Chewing on things other than food 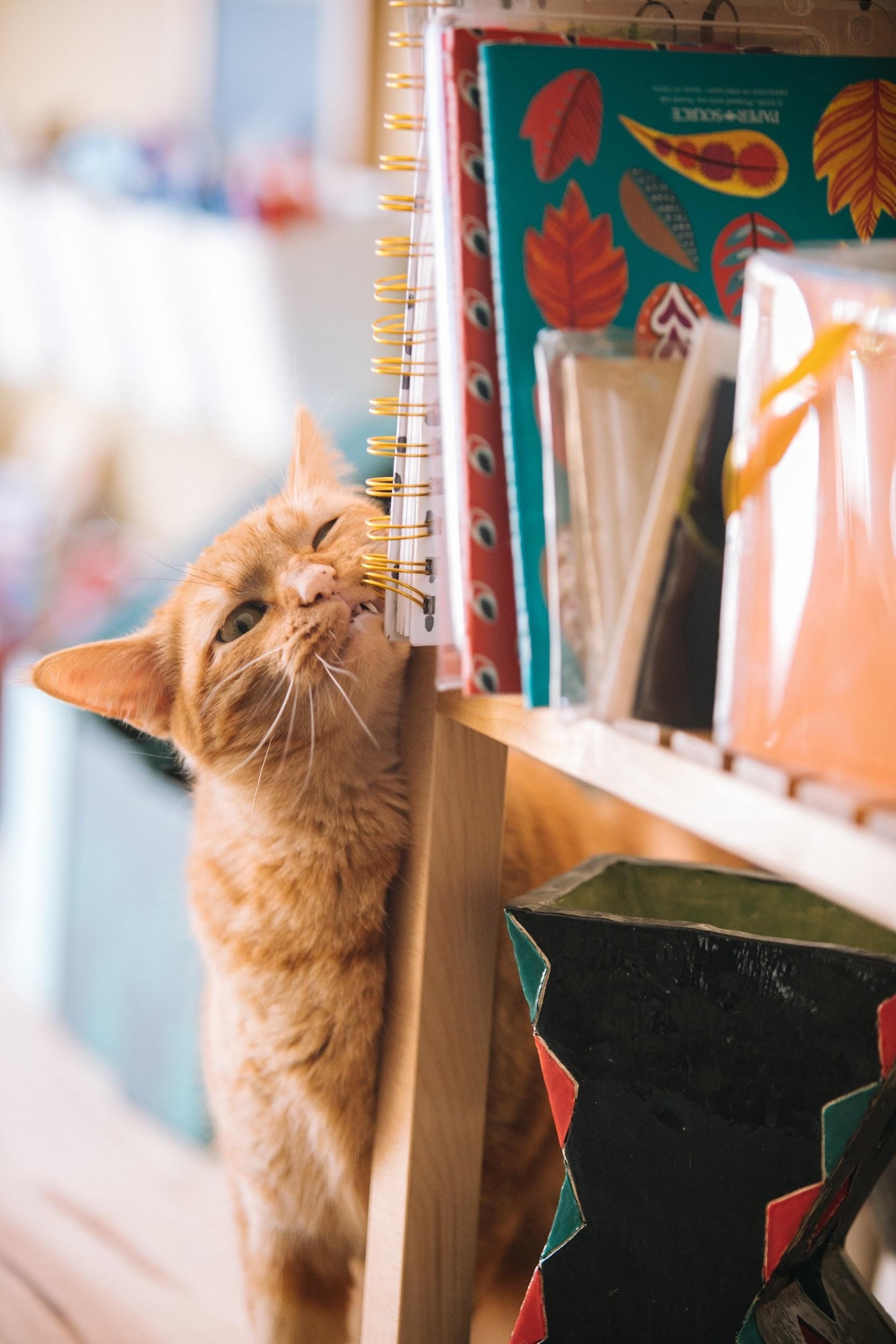 Not all cats chew on inanimate things such as clothing, shoelaces, and furniture, but if your cat is an active chewer of things besides its food, it can damage the things around your house and possibly put themselves in harm’s way.

This is because excessive chewing or chewing of large quantities of foreign objects or materials will lead to accumulation of things such as wires, plastics, and more in its stomach or intestines, which poses a risk for intestinal blockage, tearing of the digestive tract, toxicity, and electrocution.

These objects will need to be surgically or endoscopically removed from your cat’s body, and cats that chew on inanimate things tend to become habitual chewers of the thing they have taken a liking to, so you would have to protect your cat by making sure that such objects are always out of reach.

To discourage your cat from chewing on things that it should not be chewing on, you can also provide more mental stimulation for your cat and invest in more entertaining toys that are chew-safe. Always make sure to tie or wrap up anything that resembles a string as well, such as an electrical cord, or bring your cat to the vet to check if the problem is diet-related and find out how to supplement its nutritional needs better accordingly. 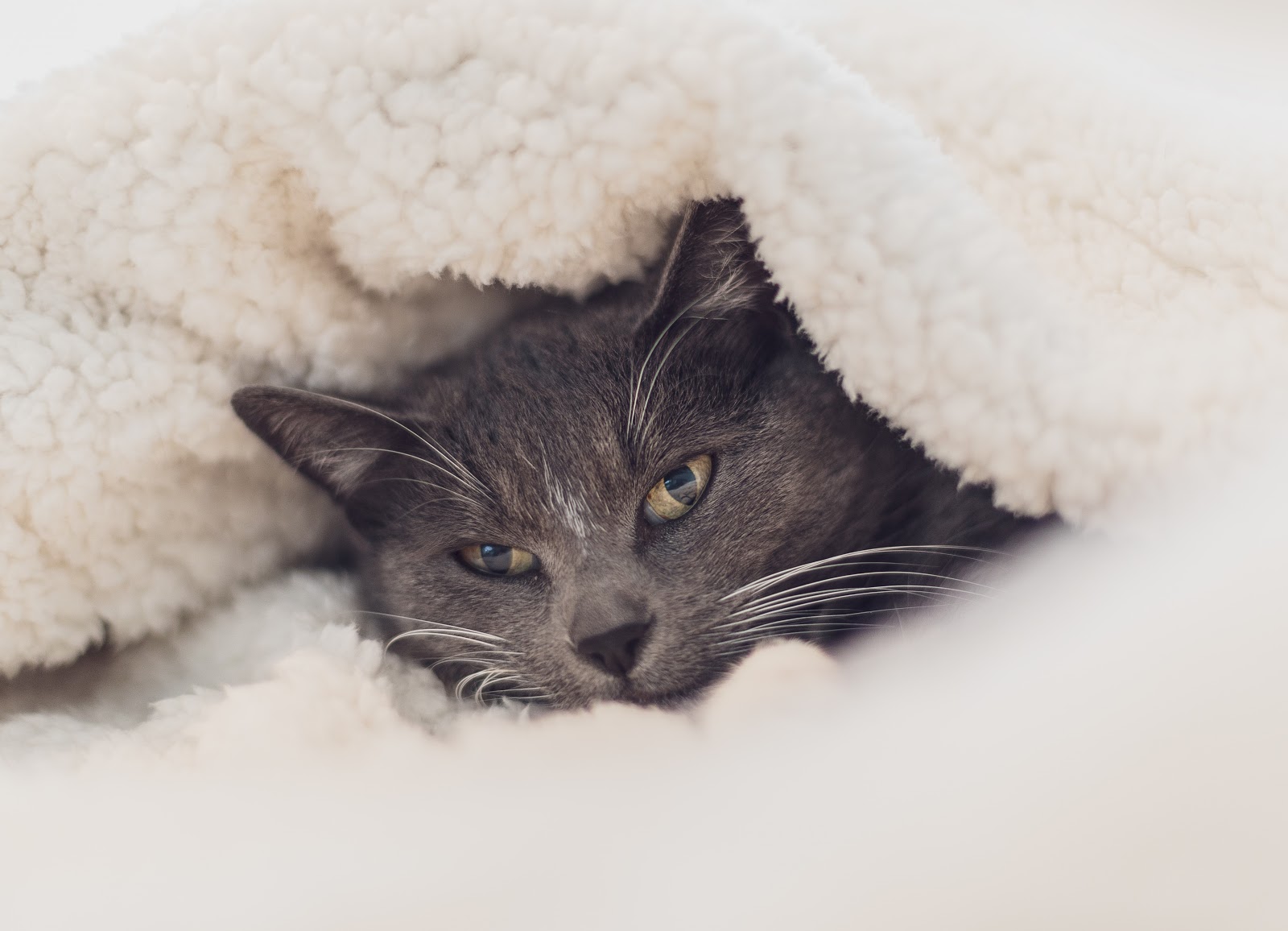 While hiding is common for less social cats, sociable cats that are seen to be hiding suddenly may be a sign that your cat is feeling stressed or anxious. Cats that experience a sudden change in environment, such as a new guest in your residence or frequent changes in their litter boxes and food bowl placings tend to display these behavioural changes.

As such, it is best to stick to a fixed placing of their litter boxes and food bowls, while also giving your cats some time and space to adjust to these new changes in their environment.

However, if your cat is hiding for an unusually long period of time, there may be a possibility that your cat is feeling unwell. This is because domestic cats often retain many of the physiological and behavioral characteristics of their ancestors, the African wildcats, who developed protective behaviors such as hiding when they are sick since their small body size, coupled with illness, often left them especially vulnerable to predators. It would, therefore, be advisable to bring them to see a vet as soon as possible. 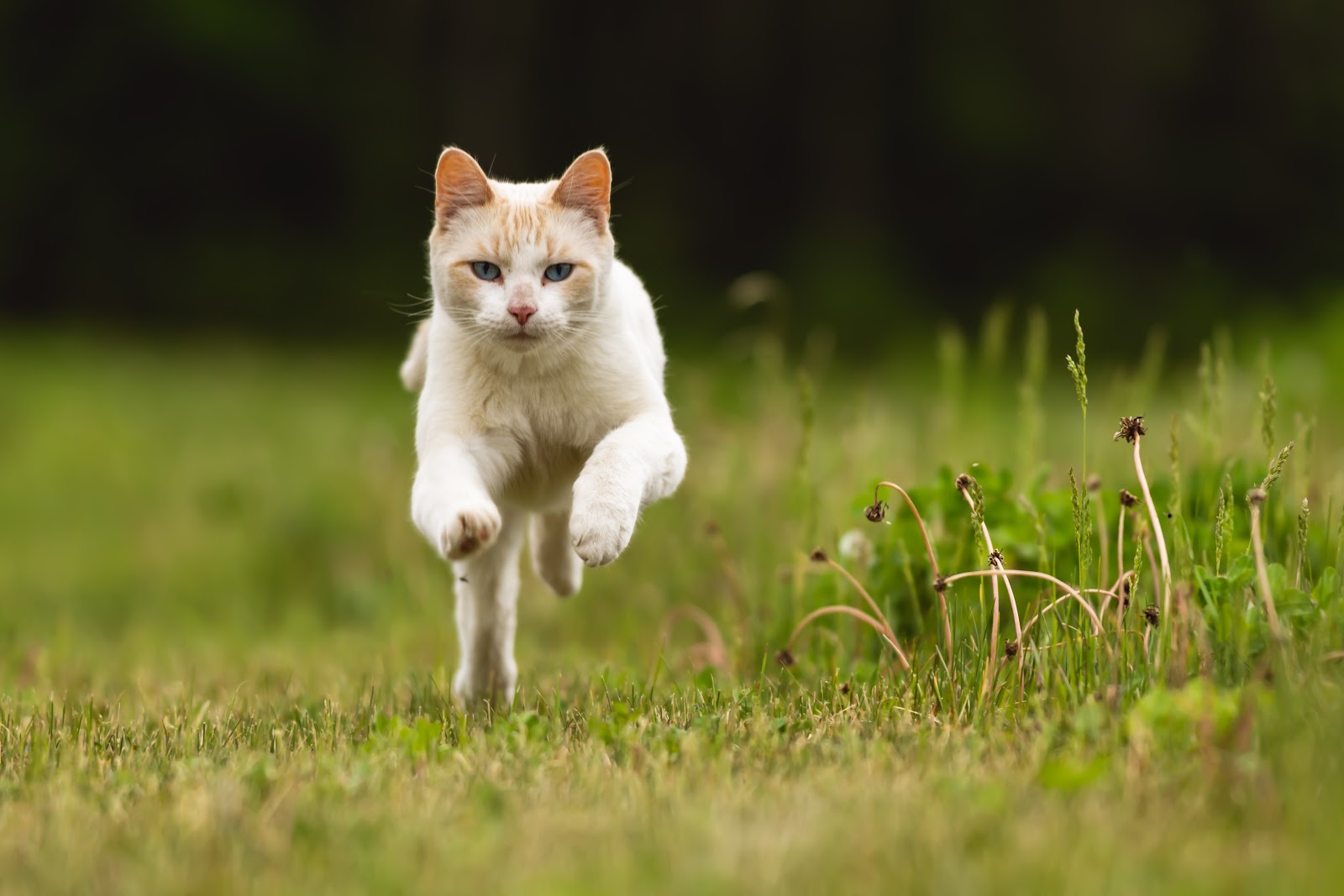 For cats, especially those that are less sociable, running away is an indicator of a lack of trust towards whoever they are running from. This is very common for owners who are introducing their cat to a completely new environment, or for new cat owners who just met their feline friend not long ago!

To build up trust in your cat, you can start by offering it treats and engaging it with toys. It is also important to recognise its body language to gauge its receptiveness to you, while also respecting its need for privacy. With sufficient time and space, your patience will definitely be rewarded with a more trusting cat.

That said, if your cat is already comfortable with you and only does this sometimes, running away might be a harmless bait to try to get you to play. In cases like these, pick up its favourite toy and start playing!

Alternatively, it could also be running away from you because it’s not a fan of being picked up, cuddled, or whatever it is that it thinks you might do once you get close. To teach your cat to be comfortable with you coming near, start off with repeatedly being near your cat without interacting with your cat at all. You may do so when your cat is busy, such as when it is eating or sleeping, so that it won’t run away. Once that’s established, get your cat used to the idea that you coming near to interact is not necessarily unfavourable by letting it experience various types of interactions each time you come near – take note that many of these would have to be overwhelmingly positive on your cat’s terms!

Unfortunately, very sick cats have been known to run away from home in order to seek out a place to die. This is likely a hard-wired behaviour as their ancestors lived in small groups and running away to die would prevent predators from locating the rest of the group, ensuring their survival.

As a cat owner, it is important that you know your cat well and be on the alert for changes in its behaviour. Learning more about these common behavioural issues is a stepping stone for you to address any possible problems in your cat’s health and well-being, and will help you to care for them better!

This article was written in consultation with Dr Lennie from The Animal Clinic. 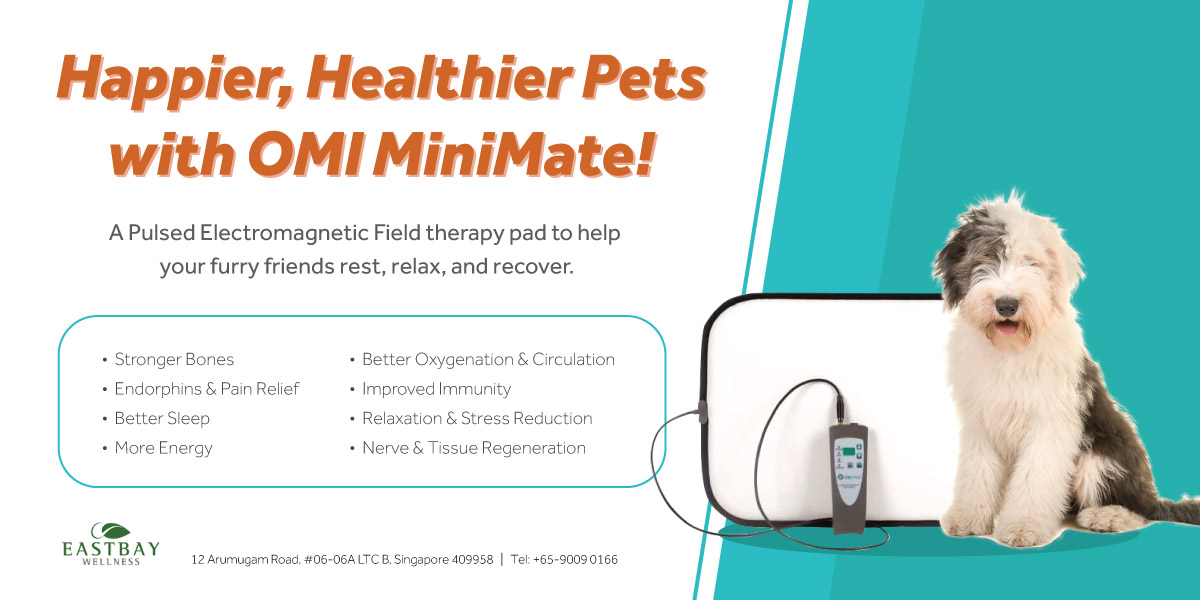