6 Best Talking Parrots That Are Perfect As Household Pets 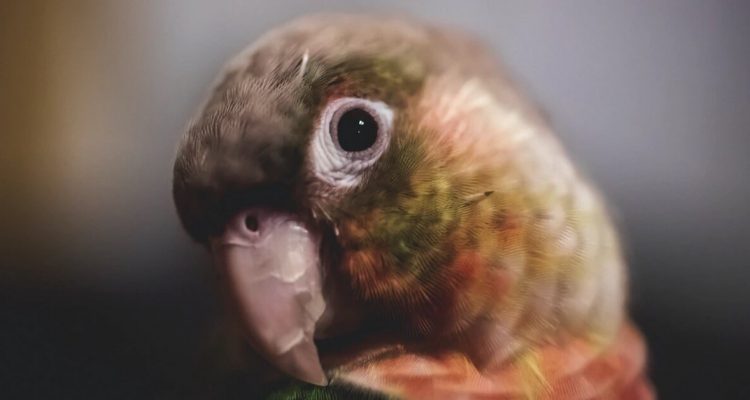 Just like hoomans, parrots possess the ability to talk; but not with vocal cords — a syrinx which is found where the trachea splits into the lungs. By modifying the airflow over the syrinx, parrots are then able to vocalise chirps, squawk, human-like speech and mimic a plethora of other sounds.

Parrots are amazing little creatures with great personalities. Their unique personalities often give way to many wacky interactions between parrots and their owners, often culminating in tons of bird videos going viral online to the amusement of millions of viewers. Thus, it’s not surprising either that there’s an increasing trend of people performing a casual visit to the pet shop, only to re-emerge shortly after with a new bird companion in hand.

Hence, if you’re aspiring to be an owner of a talking parrot – the following six species are amongst some of the best and most popular parrots kept as household pets. 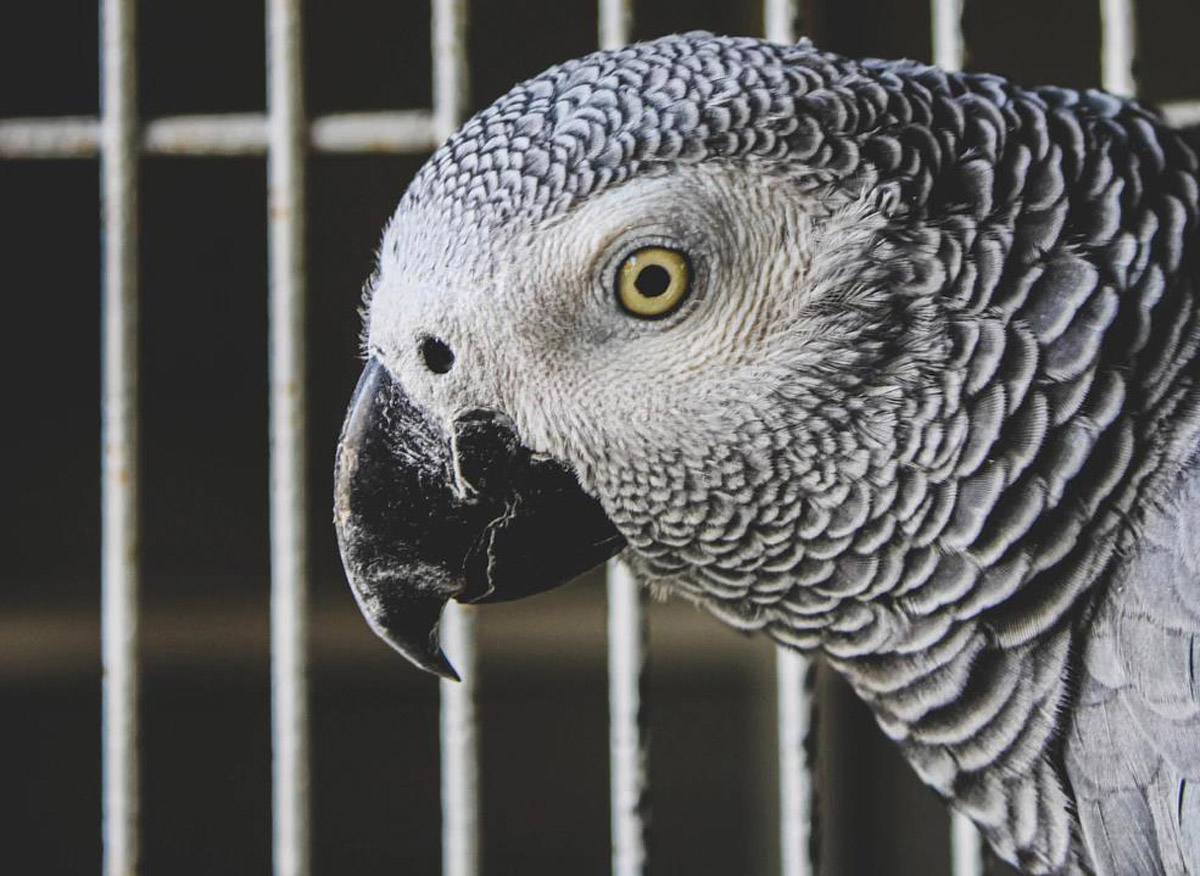 Researchers have found that the African Grey parrot is ranked superior among parrot species. Possessing a considerably high intelligence, they exhibit an excellent aptitude in mimicking human speech. Some of the world’s most renowned cases of African Grey parrots include Alex, Einstein and Griffin.

Typically, the African Grey parrot can master between 50 to 200 different words, and possess an average lifespan of 40 to 50 years. Other researchers have also surmised that these parrots are able to master anywhere between 50 words to even 1000 words if trained extensively. 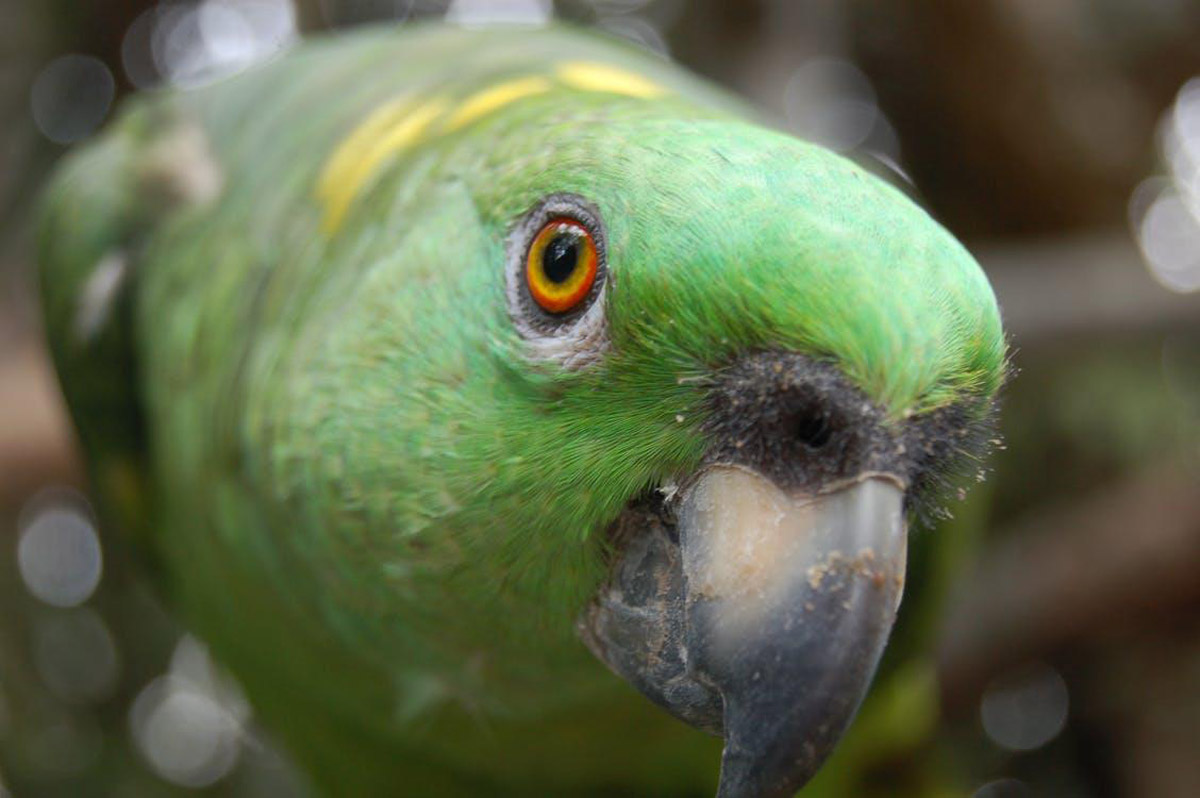 The Amazon parrots are among one of the best parrot species famous for their melodic voice and distinctive talking ability. This species is known to display a moderate competence in speech (from 100 to 120 words, or even phrases) and whistling. In fact, they’re known for having exceptional clarity to the extent of being comparatively clearer than the African Grey themselves.

Additionally, it has a life expectancy of approximately 70 years. Apart from their speaking ability and intelligence, Amazon parrots have a strong innate need for socialisation — contributing to why they make for excellent household pets.

However, in the entire family of Amazon parrots, the yellow-naped Amazon earns the bragging rights for being best chatterer among the lot. 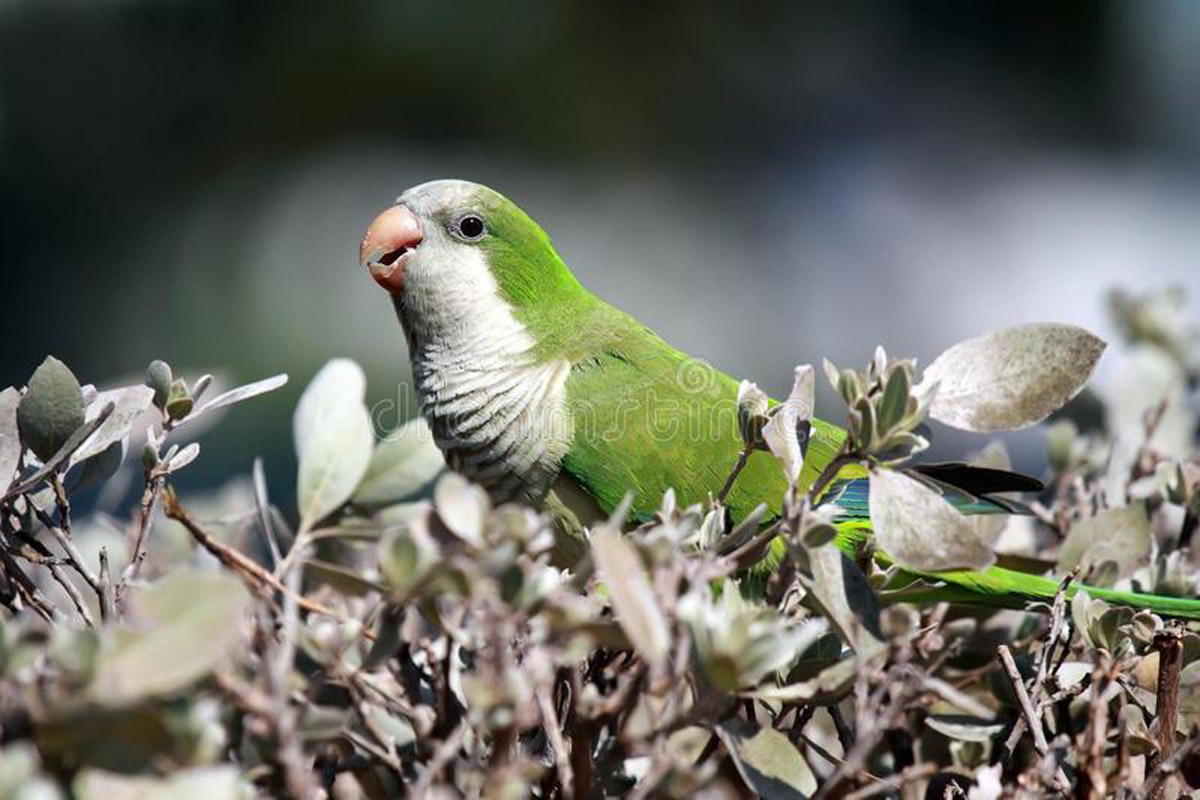 Sometimes known as Quaker Parakeet, the Monk Parakeet can learn anywhere between 40 to 100 words. Available in small to medium sizes, they are considerably intelligent, feisty and funny.

Being extremely social in nature, this inclination is demonstrated in their ability to pick up human speech fast. Being quick learners, they are very entertaining and thus pose as great household birds for first-time bird owners looking to training a talking bird. As a result, it’s not uncommon for Monk Parakeets to be an overall popular pet choice. 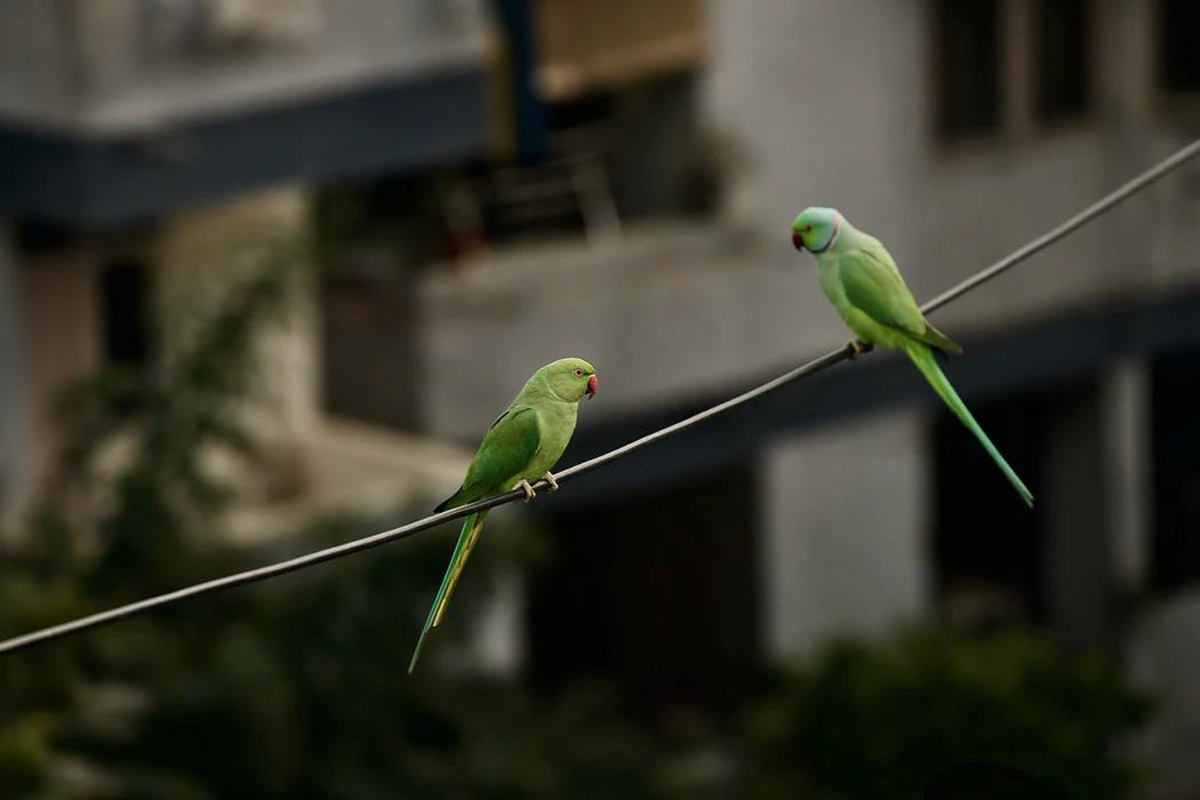 Sometimes referred to as the Indian Ring-Necked, this parrot is similarly adept at vocal mimicry like the aforementioned species thus far. With a life expectancy of 30 years, and the ability to handle a vocabulary repertoire of up to 130 different words.

Known to be rather tamed and generally quiet, they’re significantly milder as compared to the Amazon and Cockatoos species. As a fairly common species, the Ring-Necked Parakeet is a popular choice among many pet owners too. 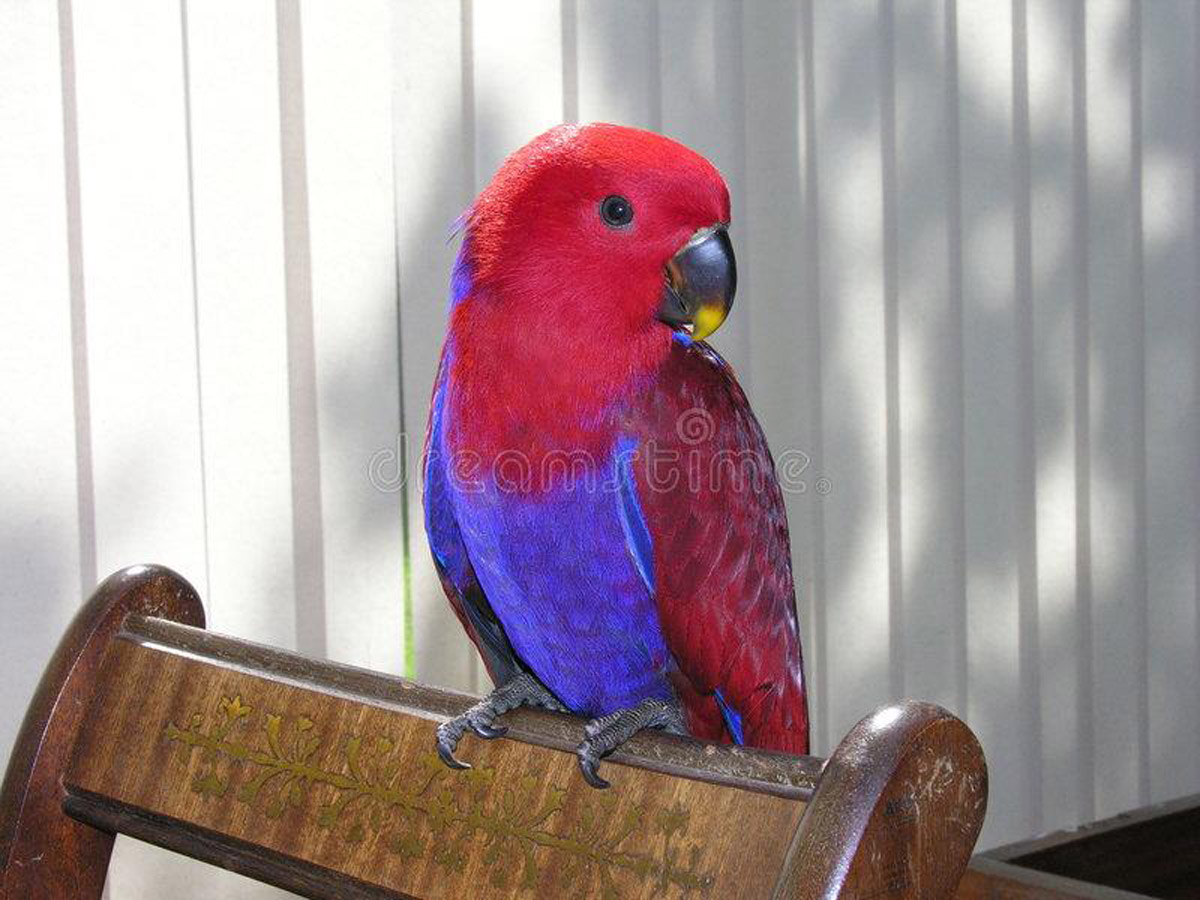 These medium-sized birds talk moderately well with a decent vocabulary of approximately 100 to 120 words. The Eclectus species can live for up to 30 years and are generally friendly and gentle. Unlike their other more active parrot counterparts, Eclectus parrots are relatively less active and playful, ideal for more laidback owners.
Still, no domesticated animal will turn human affection down and will interact loads with owners. Perhaps one unique characteristic within the Eclectus species is the personality distinction between males and females. Female Eclectuses have been known to be more independent and capable in managing stress whereas male Eclectuses are easier to train. 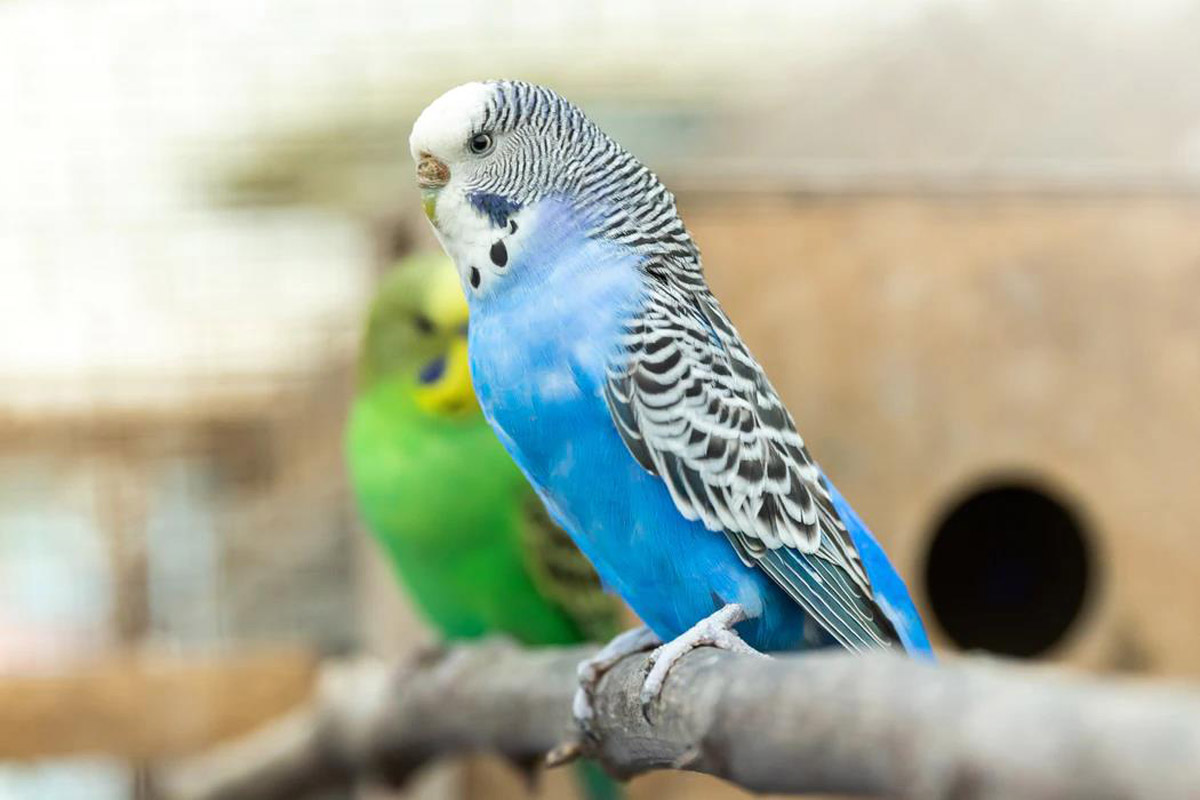 Sometimes endearingly referred to as Budgies, the Budgerigars have an expected lifespan of 10 years. Budgerigars are capable of speaking anywhere between 120 to 500 words! In fact, they hold the Guinness world record for possessing the largest vocabulary for a single bird. One Budgie named Puck had the ability to speak up to 1728 words before it died in 1994! What a linguist!

Being small, lively and interactive birds, Budgies make for fun-loving pets which explains why they are becoming increasingly popular as household pets.

A parrot a day, keeps the boredom at bay 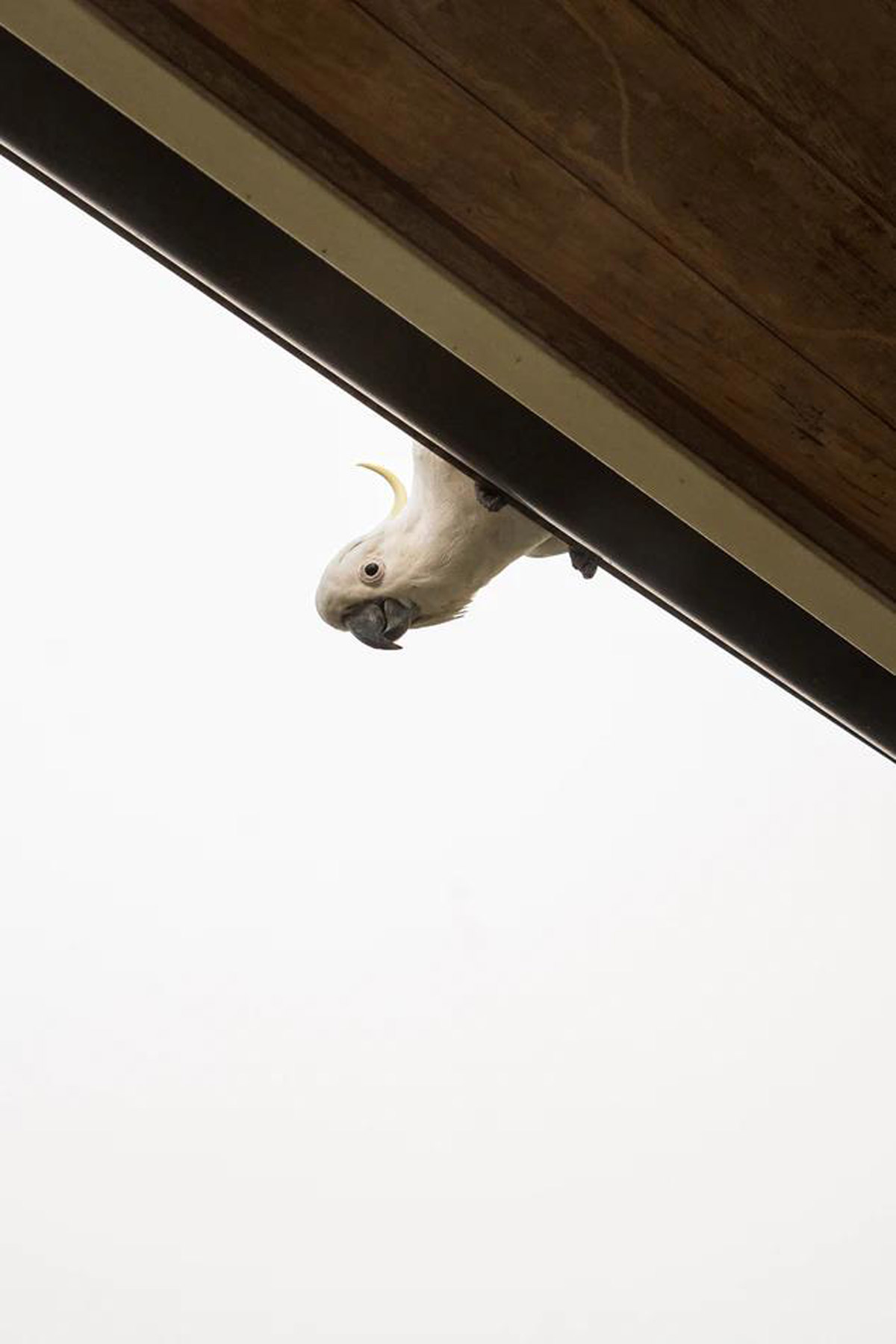 By now, it should be pretty evident that owning a parrot as a pet will make for an exciting lifestyle. They’ll never cease to amuse and entertain with their unpredictable vocal and speech mimicry abilities.

Once you’ve brought home your new feathered friend from the local petshop, the next step would be to ensure the best care for them in the years to come. If raised well, parrots can make for lifelong pets, even longer than most cats and dogs! So if you haven’t already, book the next appointment slot available at your local vet clinic to give your precious birb the thorough health checkup it deserves. Happy chirping– I mean, happy talking!