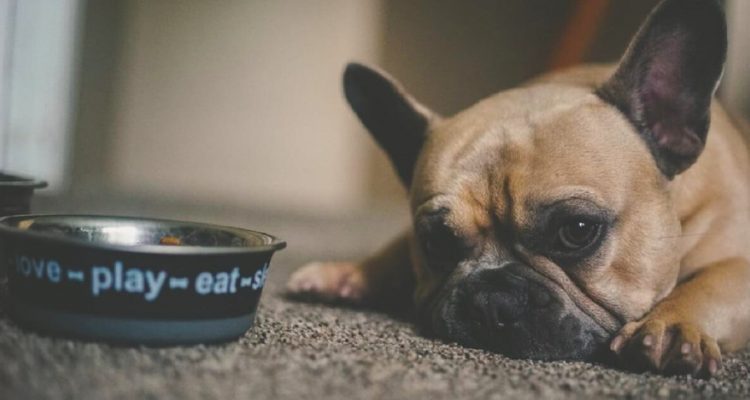 For most dogs, we would assume that mealtimes are always a joy that they look forward to. However, owners of dogs who are picky eaters are likely to find the opposite, as they exhibit disinterest in their food bowls. Watching our pets refuse to eat is an especially concerning sight, thus we have gathered some of the reasons for their inappetence, as well as how you can go about encouraging them to eat. 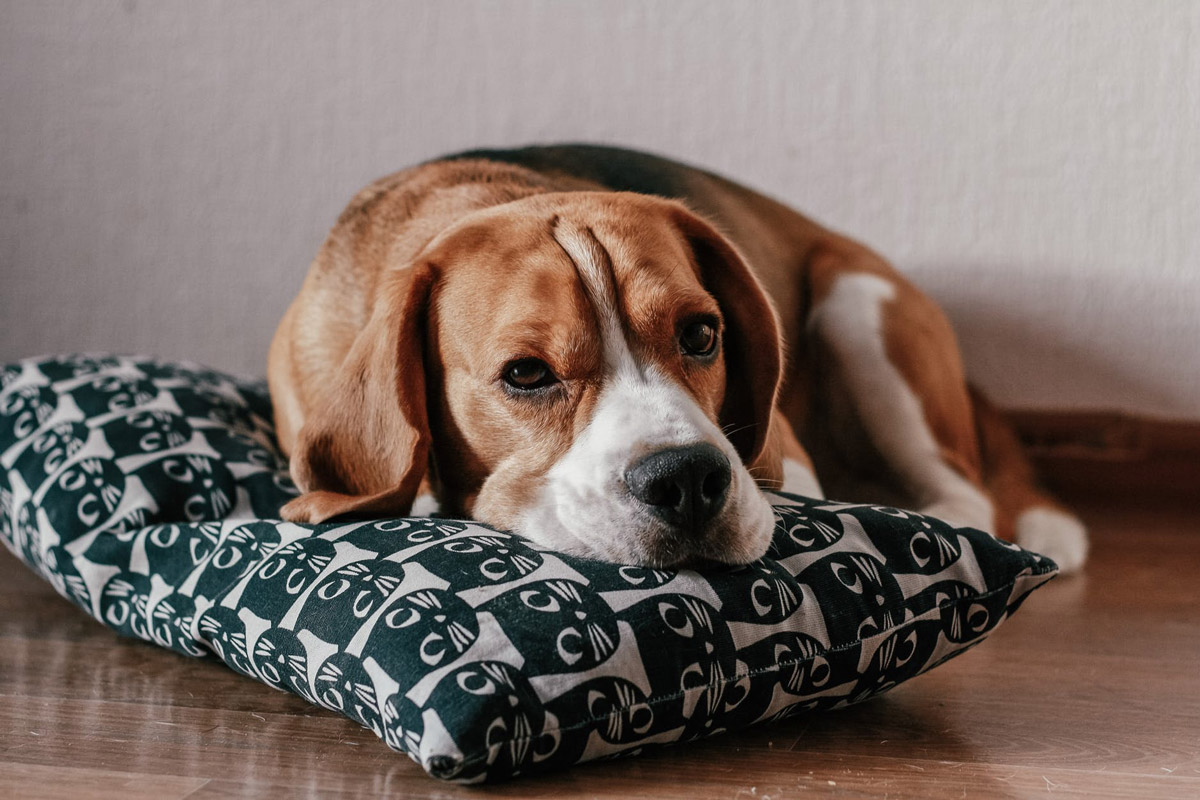 First and foremost, the habit of picky eating in dogs may be attributed to possible health problems. This is especially so if your pets have never had a problem with finishing their food, but are struggling to do so all of a sudden. Having a reduced appetite may point to several health problems ranging from serious illnesses such as cancer, kidney, or liver issues to dental complications, pain, or gastrointestinal disorders.

Should you suspect that your pet is suffering from potential health problems, it is advisable to bring them for a thorough check-up at the vet. 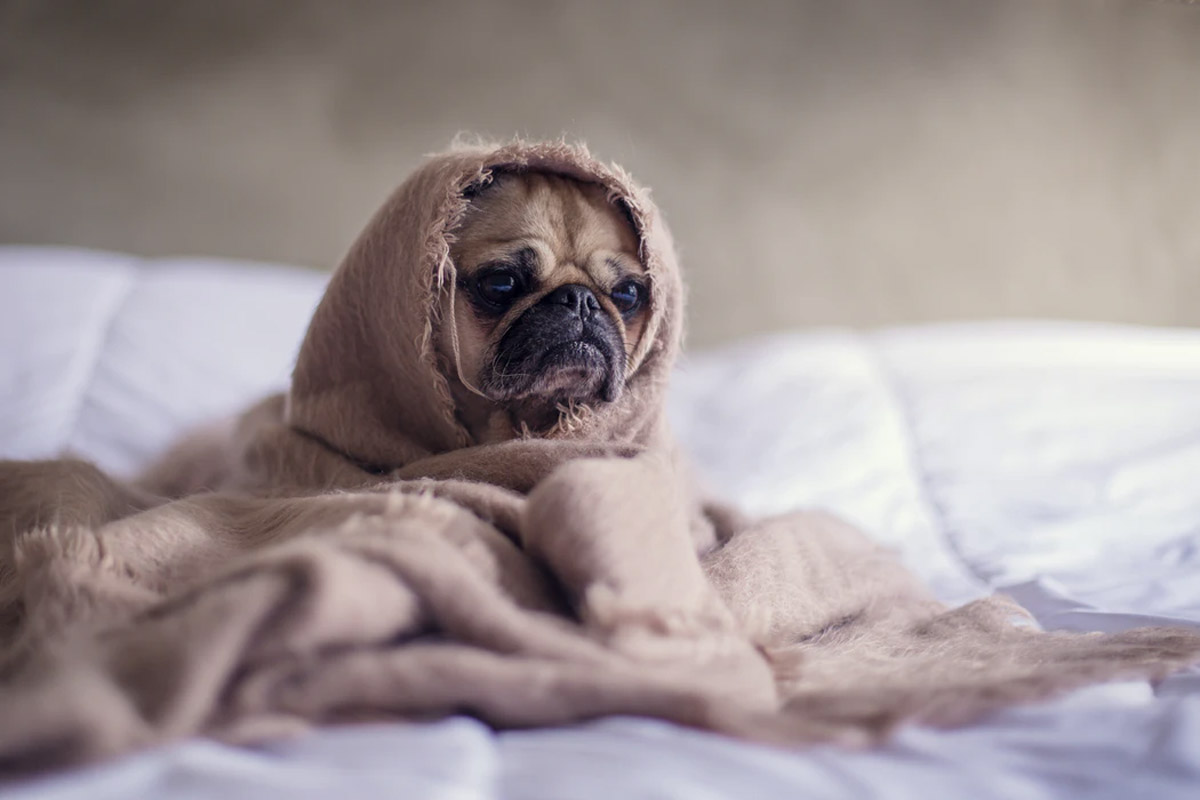 On the topic of health-related problems, pickiness may be an indication that your dog is experiencing stress which is taking a toll on his emotional well-being. A sudden and uninvited change in their environment encourages stress to manifest, which may result in a loss of appetite. In such cases, you might want to undo the change in their environment, or provide extra care and attention while teaching them to slowly adapt to irreversible changes such as a new home or a new family member.

On the other hand, if your dog is a relatively older dog, the natural process of ageing may be the reason for their picky eating habits as dogs may be less interested in their food. Their reduced activity level as an older dog, as well as their old gums and teeth, are also contributing factors to their smaller appetites. 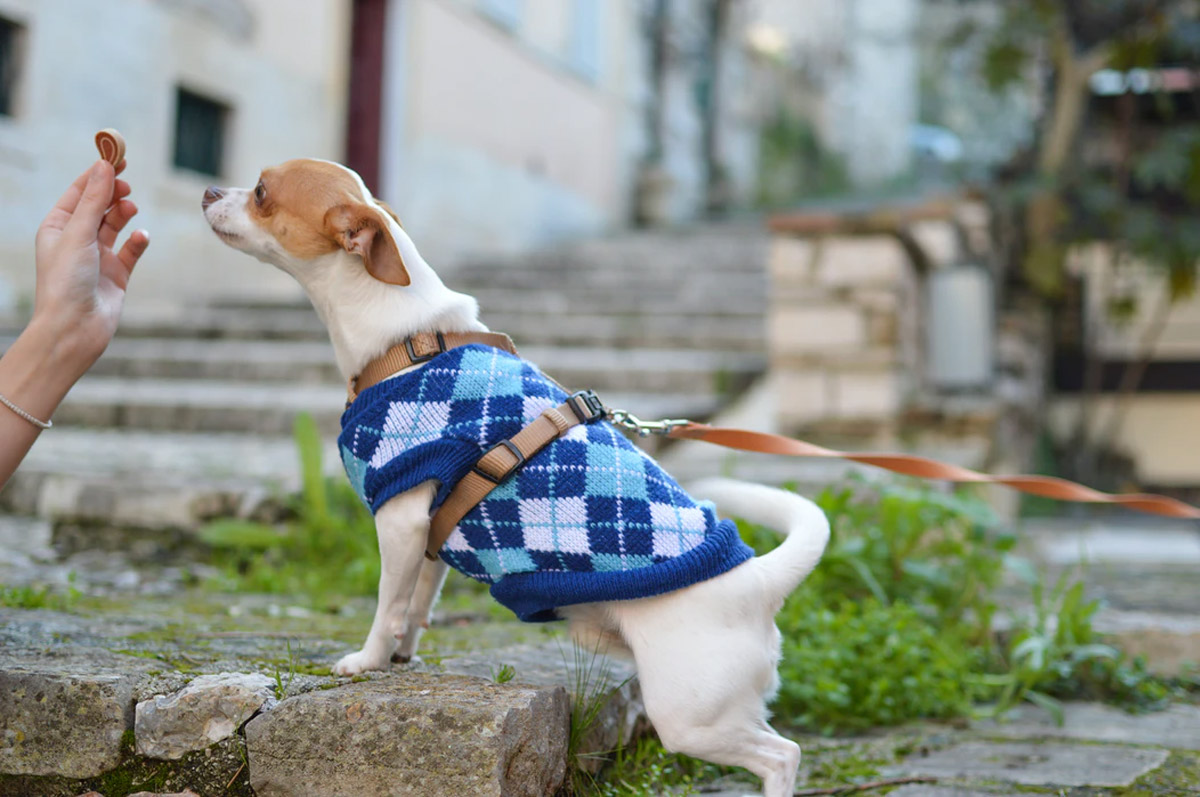 If your pup’s picky eating habits are not attributed to any health issues, it is likely that there may be problems in their feeding routine instead. Firstly, dogs who are often fed table scraps along with unregulated amounts of treats they may start eating their own meals selectively because they know that tastier morsels will arrive later.

Secondly, an unsuitable feeding area can affect their appetite when eating. Most dogs will crave for peace and quiet when they are eating their food, and placing their feeding bowls right in the middle of a bustling room may cause them to feel anxious and lose their appetite, thus inculcating the habit of picky eating. 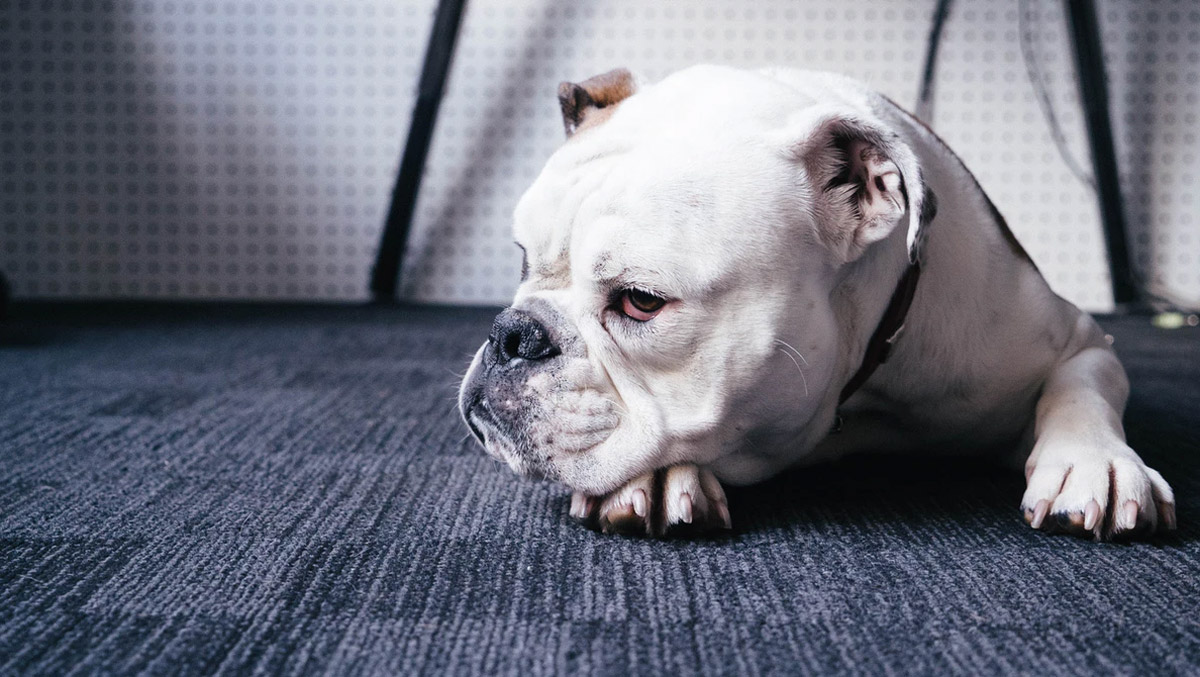 On the other end of the spectrum, if your dog is not suffering from any medical condition, it may be refusing to eat its usual chow simply because it has had enough of it. Just like us humans, dogs who are fed the same food for an extended period of time will definitely grow bored from the lack of variety.

Once you have managed to pinpoint the reason for their picky eating habits, here are some changes you can make to go about correcting them:

How can we correct this habit?

Have a fixed feeding schedule 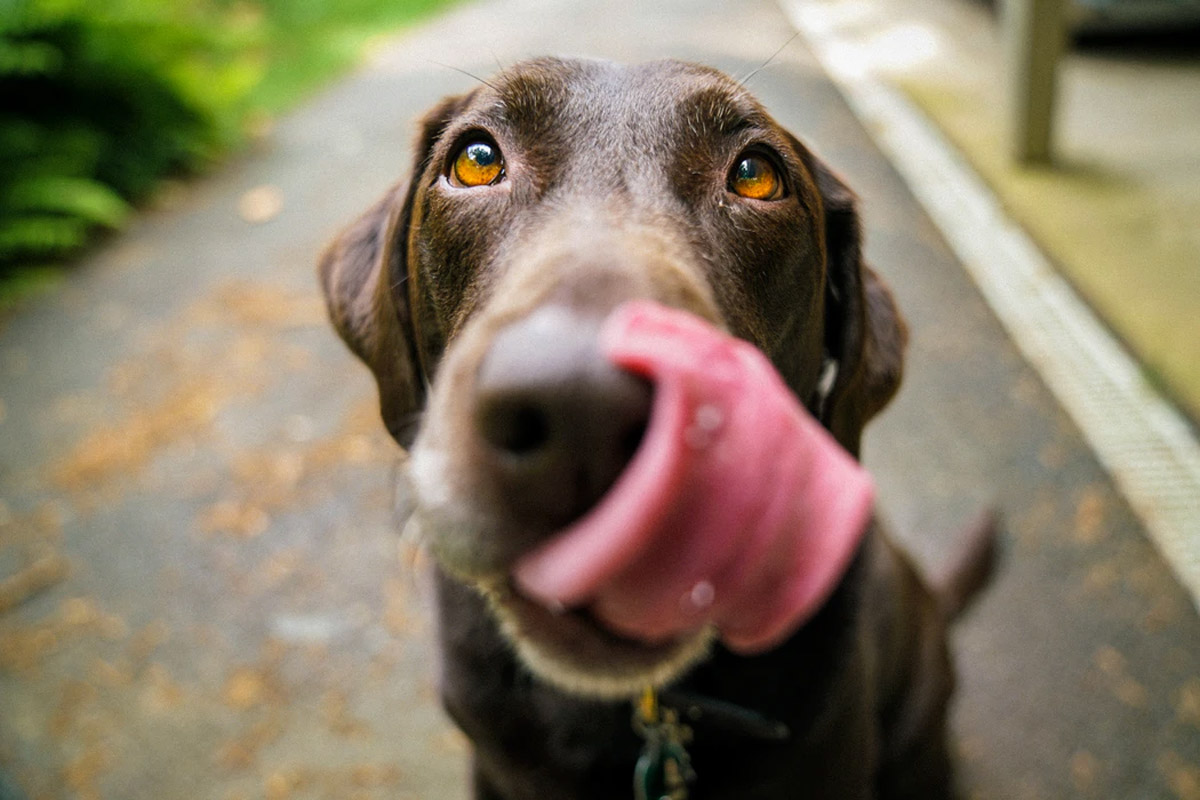 As most veterinarians would recommend, dogs should be fed their meals no more than 2-3 times a day. Sticking to a strict feeding schedule where each meal is equally portioned is important to get them accustomed to their given portion, as well as to reduce their expectations of being fed outside of the designated feeding timing. After approximately 30 minutes of their feeding time has passed, it is best to remove any leftover food from their bowls to enhance the effectiveness of a strict feeding schedule.

In addition, minimise the amount of treats that you feed them in between their meals and use them only for rewarding your pup with treats during training. This will help to curb their pickiness as it forces them to be satisfied with their daily meals.

For older dogs who consume a smaller portion of food than before, this is a natural part of ageing, so all you have to do is to make sure to adjust your pet’s meals according to its dietary needs. Introducing softer dog foods that are specially formulated for senior pets can help to encourage them to eat more as well, since they are easier to chew and swallow. 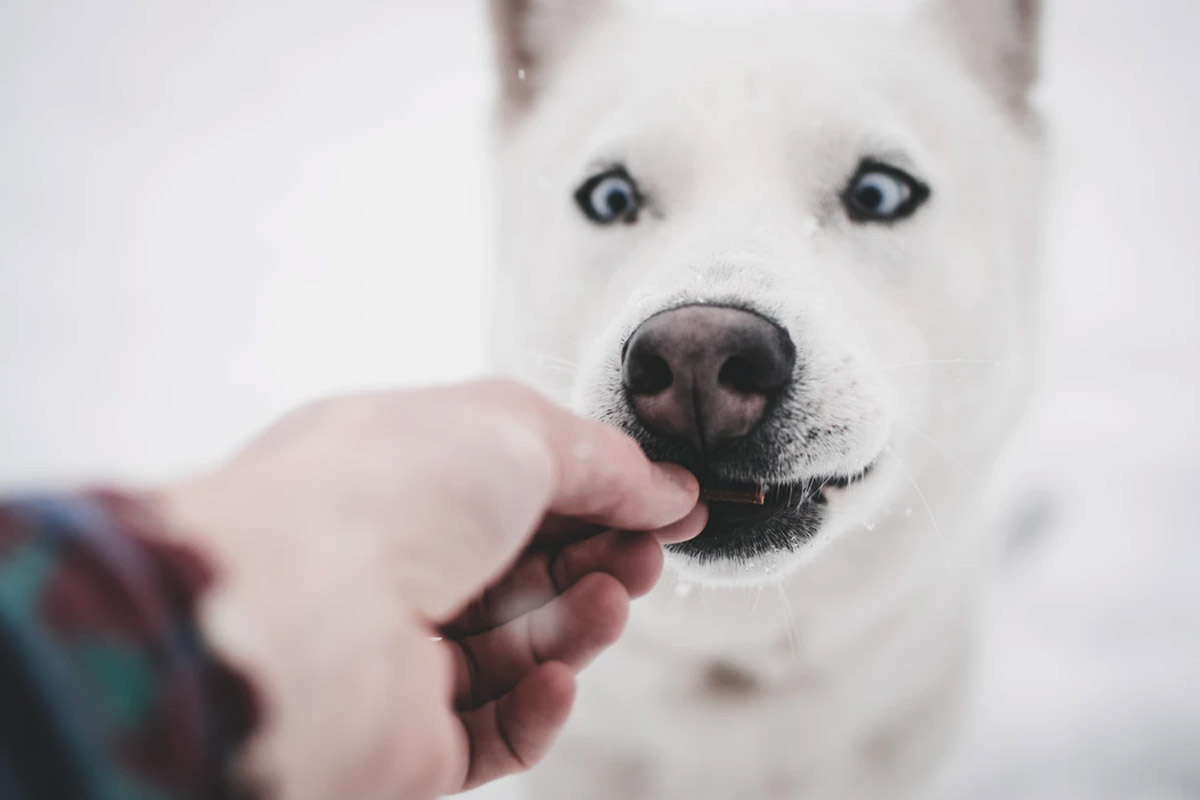 Frequent changes in their diet may often encourage your dog to be picky over their food as it exposes them to a wider variety of food available that can be obtained from their owners. This is especially true for dogs who are overfed with table scraps, so in such scenarios, limit the table scraps given to make it easier to entice them to finish their own meals.

On the other hand, if you are looking to include more variation in your pet’s diet, there are several ways in which you can switch things up. Besides having a combination of wet canned food and dry kibbles, you can also consider adding low-sodium chicken or beef broth to make their food much more enticing. Do note to introduce these changes slowly, such that you begin switching foods only by serving a ratio of 25% new food and 75% old food.

Ultimately, while it may be hard to resist showering your dog with treats, it is important to not give in so as to maximise the effectiveness of correcting their habit of picky eating!

If your pet still refuses to lick its bowl clean, there are ways where you can make its mealtimes more enjoyable so as to encourage your pet further.

Firstly, if its food bowl was originally in a place exposed to plenty of activity, try shifting it to a quieter area to build up a sense of safety and comfort for your dog. Otherwise, make your pet perform a trick before it’s allowed to eat its meals to make it seem more like a reward, which is often more appealing than a meal that’s simply given without having to work for.

Alternatively, enthral your pet and capture its attention with a food-dispensing puzzle that’s been filled with its meal. The puzzle toy will serve to stimulate your pet’s mind while filling its stomach!