Why Cats Are Constantly Obsessed With Chasing Shadows 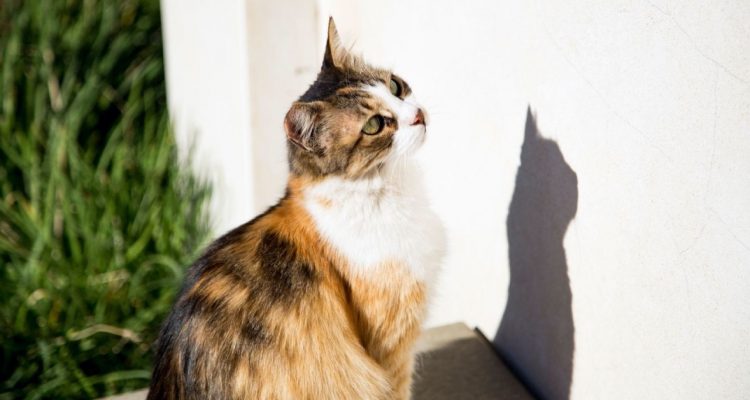 Everyone knows that cats are incredibly playful animals. They can chase one laser pointer for hours and often find the most mundane things very fascinating; it is not uncommon to see a cat pushing over bottles or hiding in a cardboard box.

In fact, sometimes all you need is a crumpled-up ball of paper to entertain your cat, and other times, you may also find your cat swatting at thin air or chasing after what seems like nothing at all. And on other days, they’re completely fascinated by light and shadows, and this behaviour may seem strange and bizarre, but it isn’t any cause for worry.

So, continue reading on to understand why your kitty acts this way, and be one step closer to knowing your furkid.

Your cat is just observant 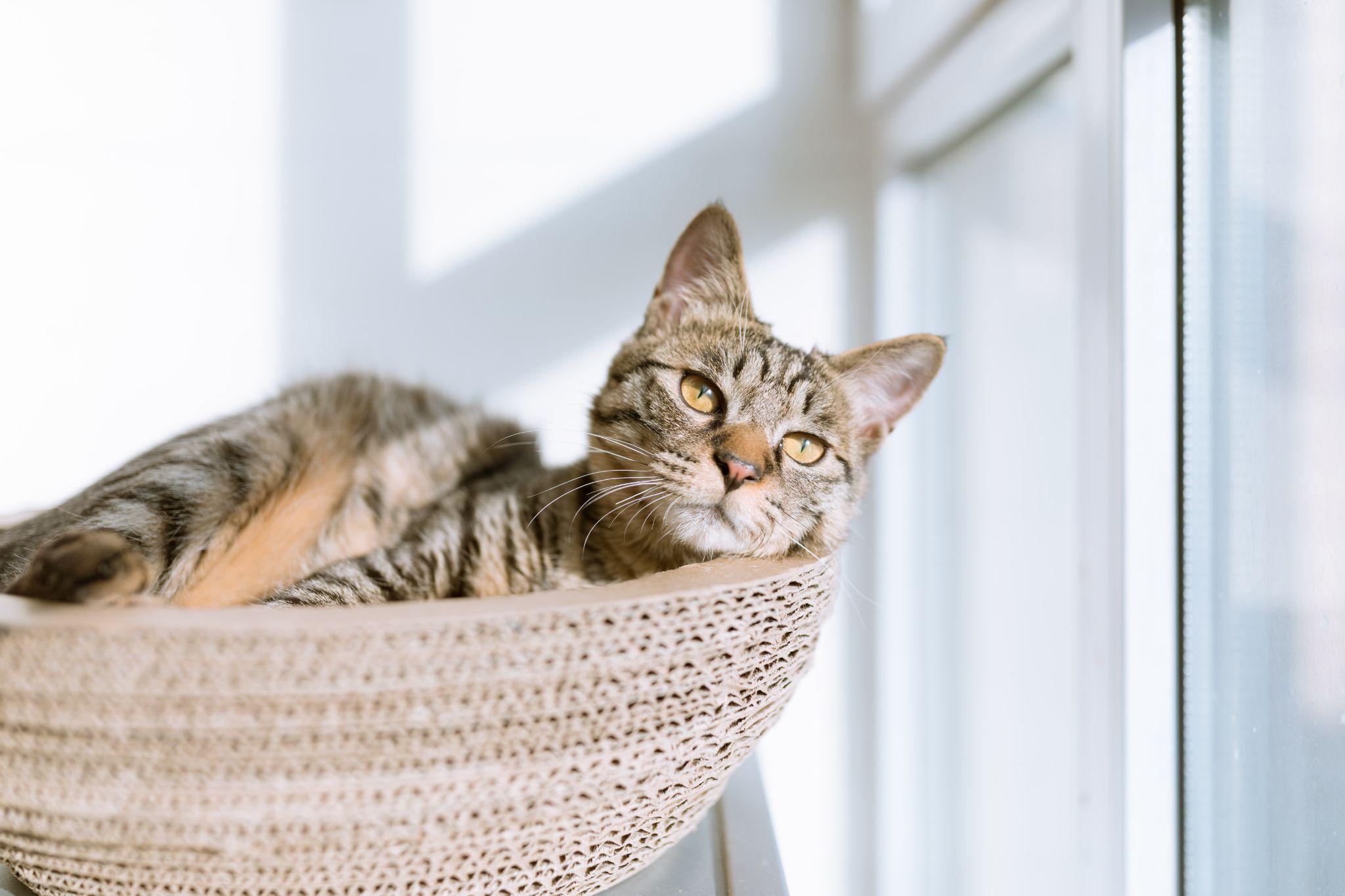 Cats are very observant animals – naturally, anything that is slightly out of the ordinary will immediately grab their attention. Similarly, shadows have no clear or visible source to your cat, and they move in irregular ways and patterns.

As cats love routine and familiarity, a shadow’s tendency to go all over the place while appearing and disappearing at a whim will unquestionably pique your kitty’s attention.

Obsessive chasing may not be a sign of anything wrong; sometimes, cats are just anxious after observing shadows; they’re unfamiliar and erratic and may stress your cat out since they prefer familiarity. To relieve your cat, calm it down with a separate distraction and remove the shadow from your cat’s environment.

However, if you notice that your cat is still chasing shadows compulsively with extreme urgency, it might be a sign that something isn’t right. Cats may display signs of Obsessive-Compulsive Disorder (OCD) when they display exaggerated reactions and engage in repetitive behaviours without any real reason.

Your cat sees shadow as prey 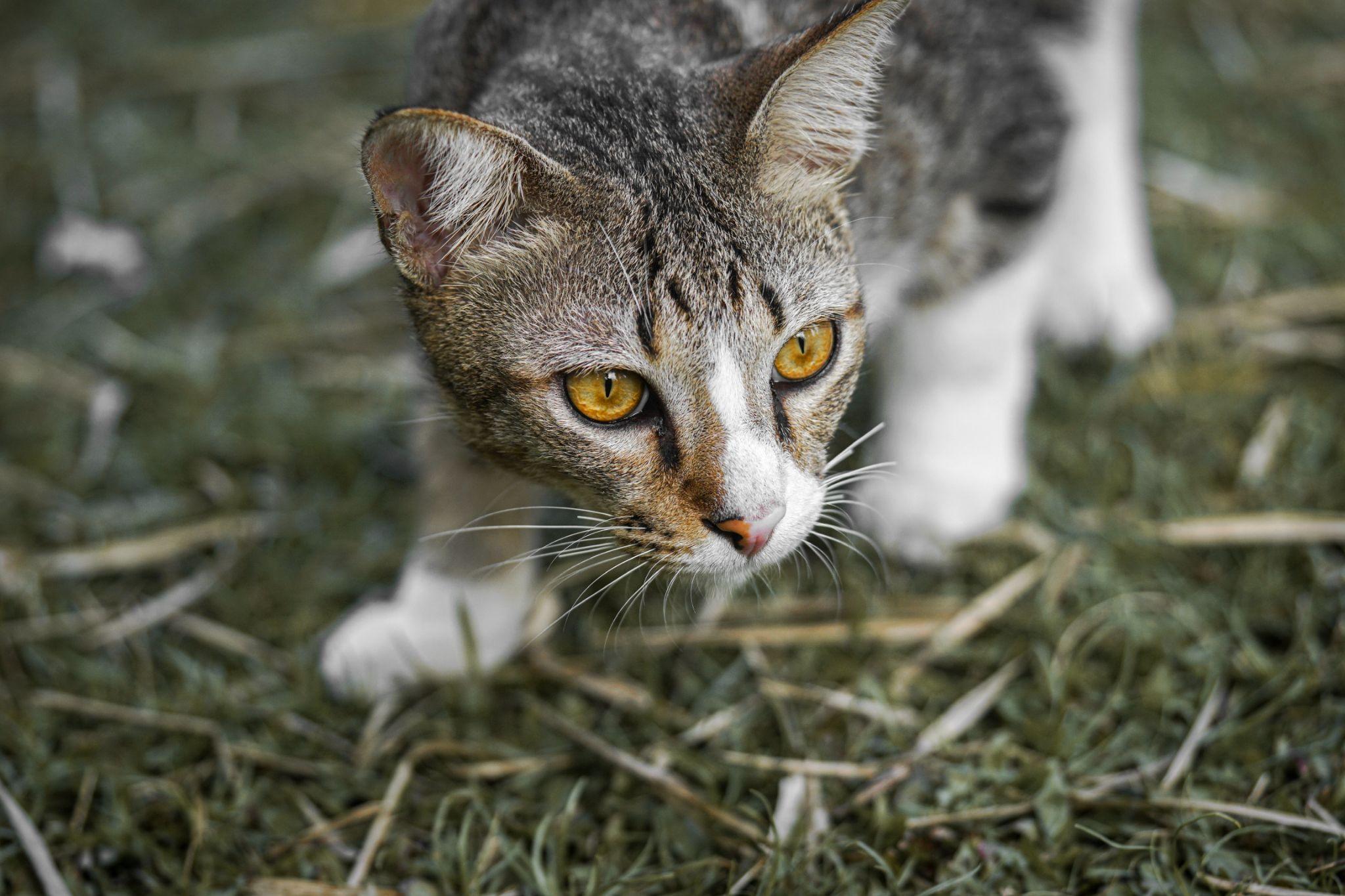 Cats have natural predatory instincts, and shadows can awaken this side of their personality. In fact, they’re an exciting plaything for cats as they perceive them as objects to be hunted, just like prey in the wild.

As a cat owner, you may have noticed your cat crouching opposite a shadow and observing it before wagging its tail and pouncing on it. This behaviour is just reminiscent of how cats would hunt for their prey.

Although shadows are not tangible, your cat will probably constantly attempt to catch the shadow until they are fully exhausted.

Your cat is generally fascinated by light 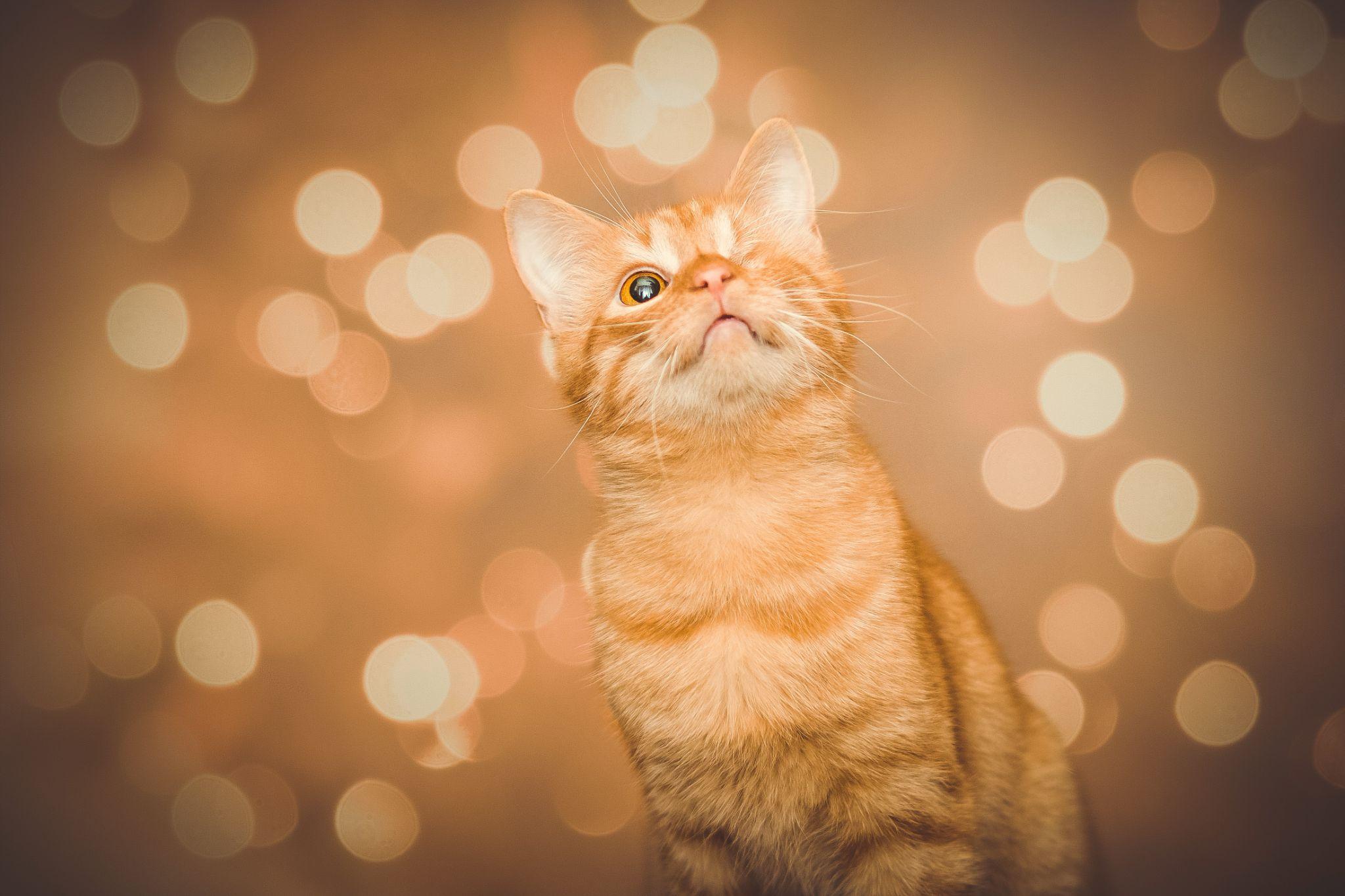 While cats do not pick up colour well, they have more rods in their eyes. Hence, they are especially sensitive to the difference between light and dark, so the movement of lights and shadows will always fascinate them.

A small shadow falling on the wall during a calm afternoon is enough to grab your cat’s attention and occupy them for a while.

However, you may also notice your cat getting frustrated after failing to capture the shadow. Instead, satisfy your cat with different toys that manipulate light, such as an interactive light toy and a few treats.

Some toys found from pet shops contain feathers and other add-ons that further appeal to your cat’s predatory instincts while satisfying their natural fascination with light, keeping your cat occupied for a long while.

Your cat is just bored 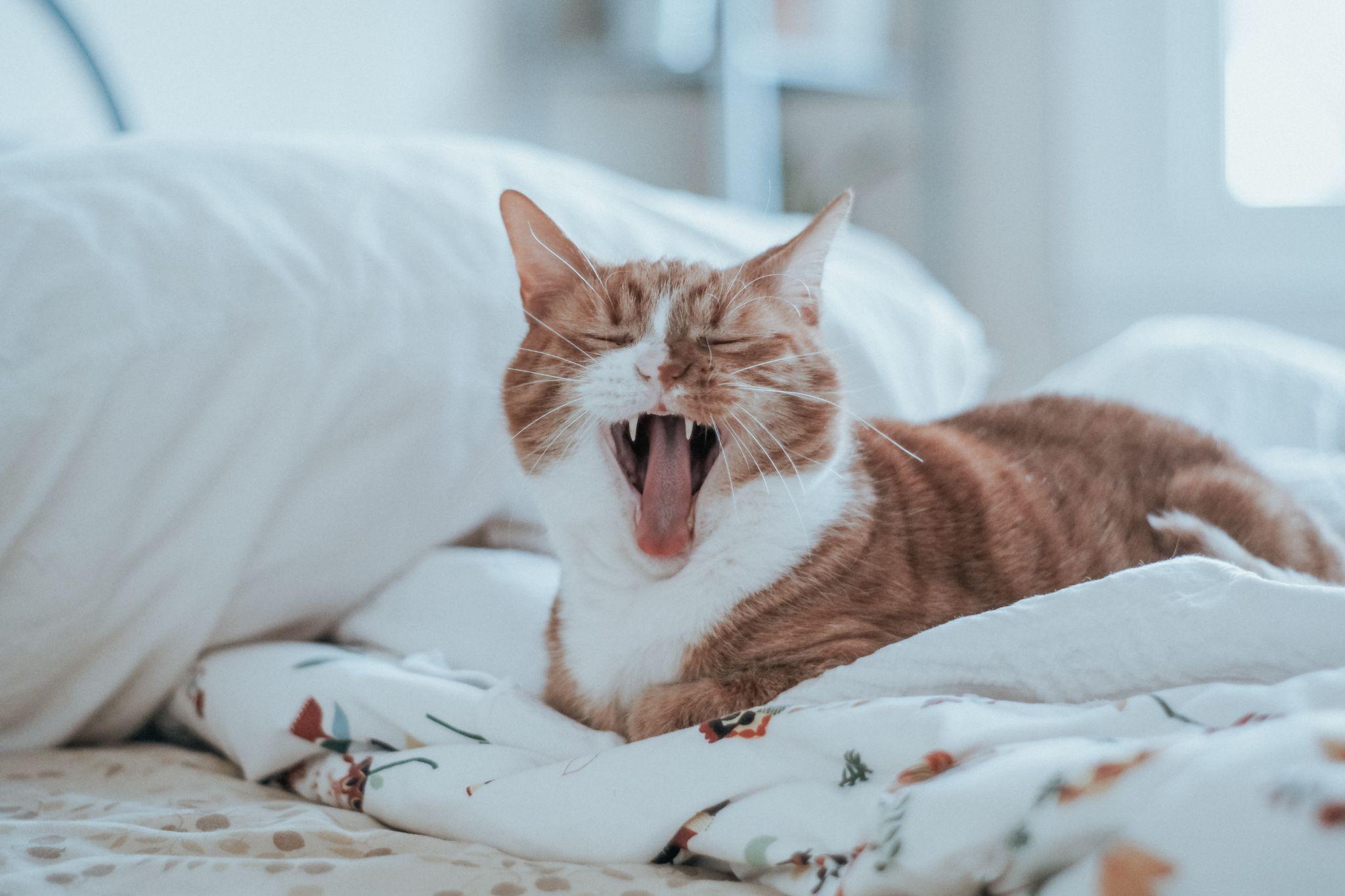 Sometimes, your cat may feel restless as they have nothing to do. Shadows are a way to stimulate your cat as they engage in some form of exercise that releases endorphins in your cat’s brain, making them feel happy and motivated.

If your cat’s constant shadow chasing is getting excessive, active playtime or the simple act of paying more attention to your cat will certainly resolve this problem. Get some homemade toys using simple household objects, and allocate some time to exercise and play with your cat. 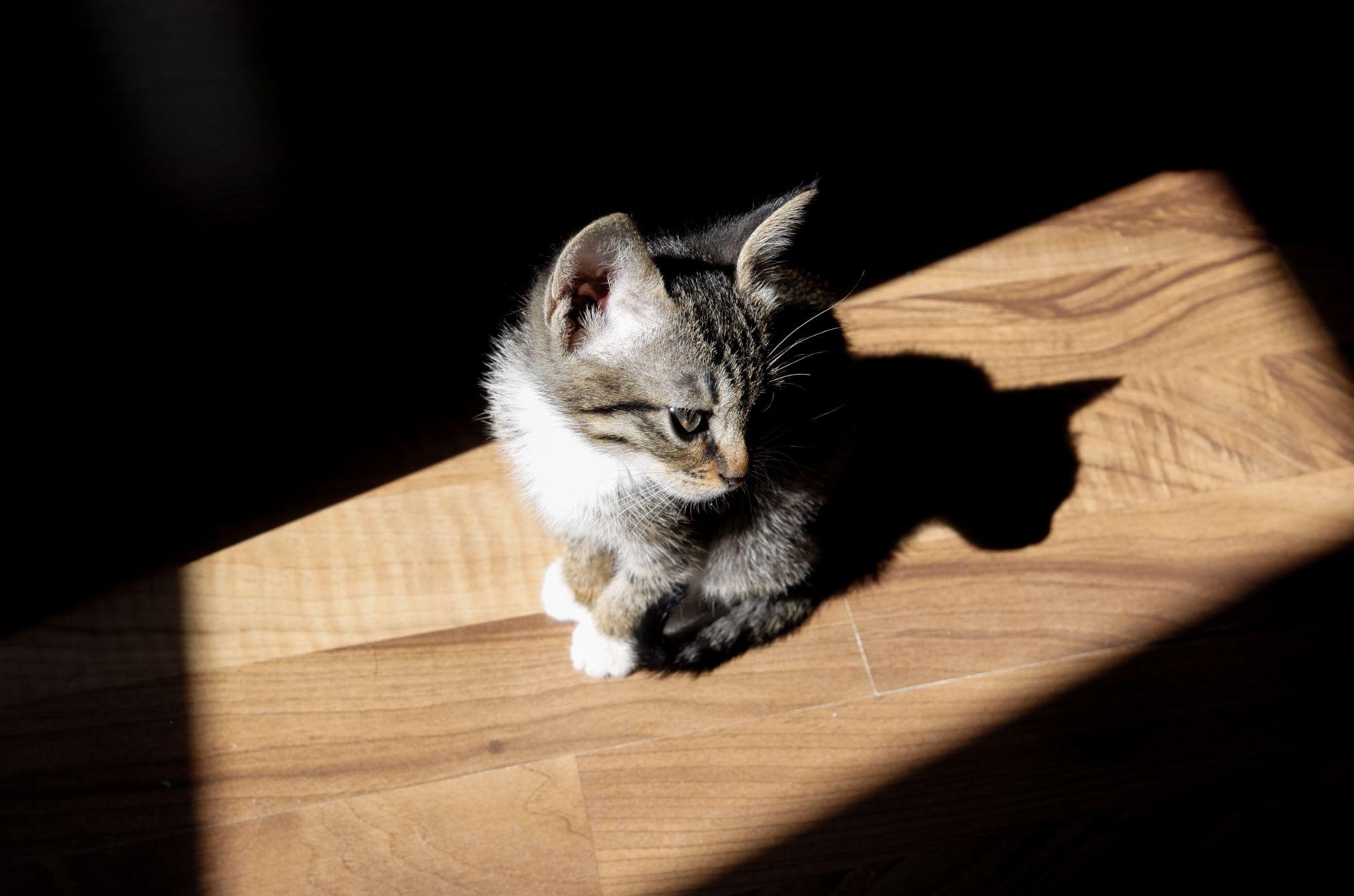 Cats love shadows, and more often than not, they will undoubtedly serve as excellent entertainment for both you and your furry friend. However, do remember to switch things up every once in a while and keep your cat safe to prevent them from feeling anxious or engaging in compulsive shadow chasing! 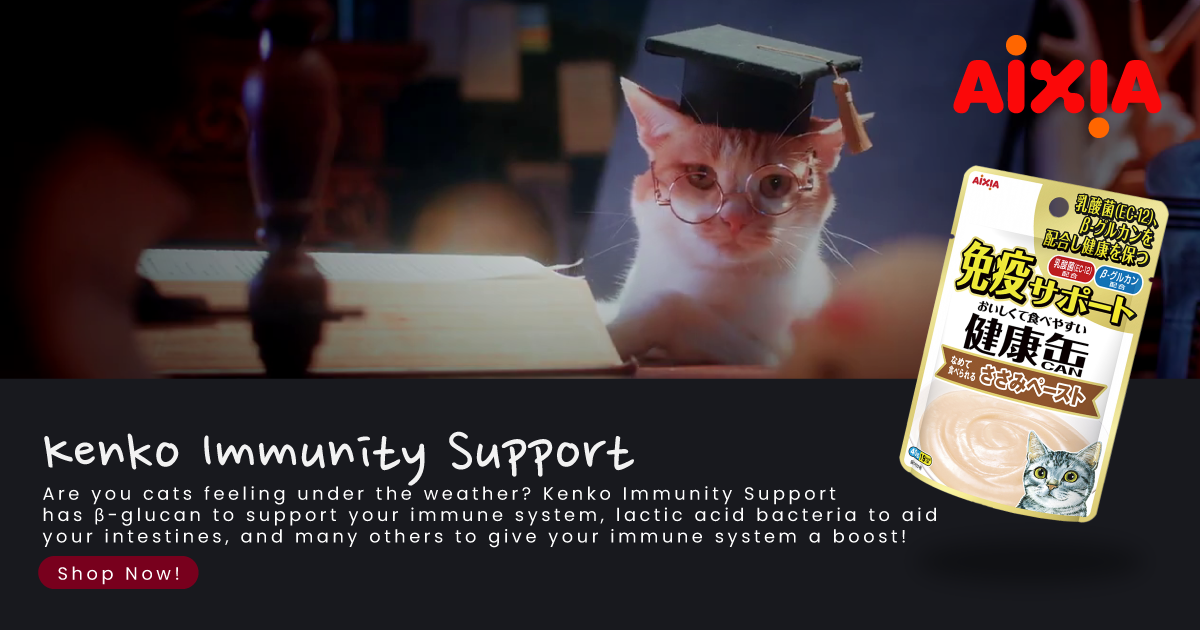