Which Cooking Spices & Herbs Are Safe For Your Dog? 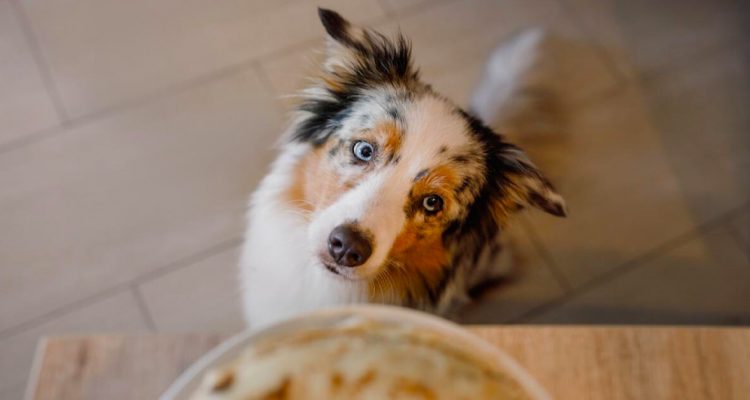 clubpets on February 8, 2020 No Comments

If you are fond of cooking, you probably know that herbs and spices are useful in food as they not only have aromatic properties and delicious flavours, but also provide medicinal benefits. But while these herbs and spices are good for us humans, are they just as beneficial for our four-legged friends? 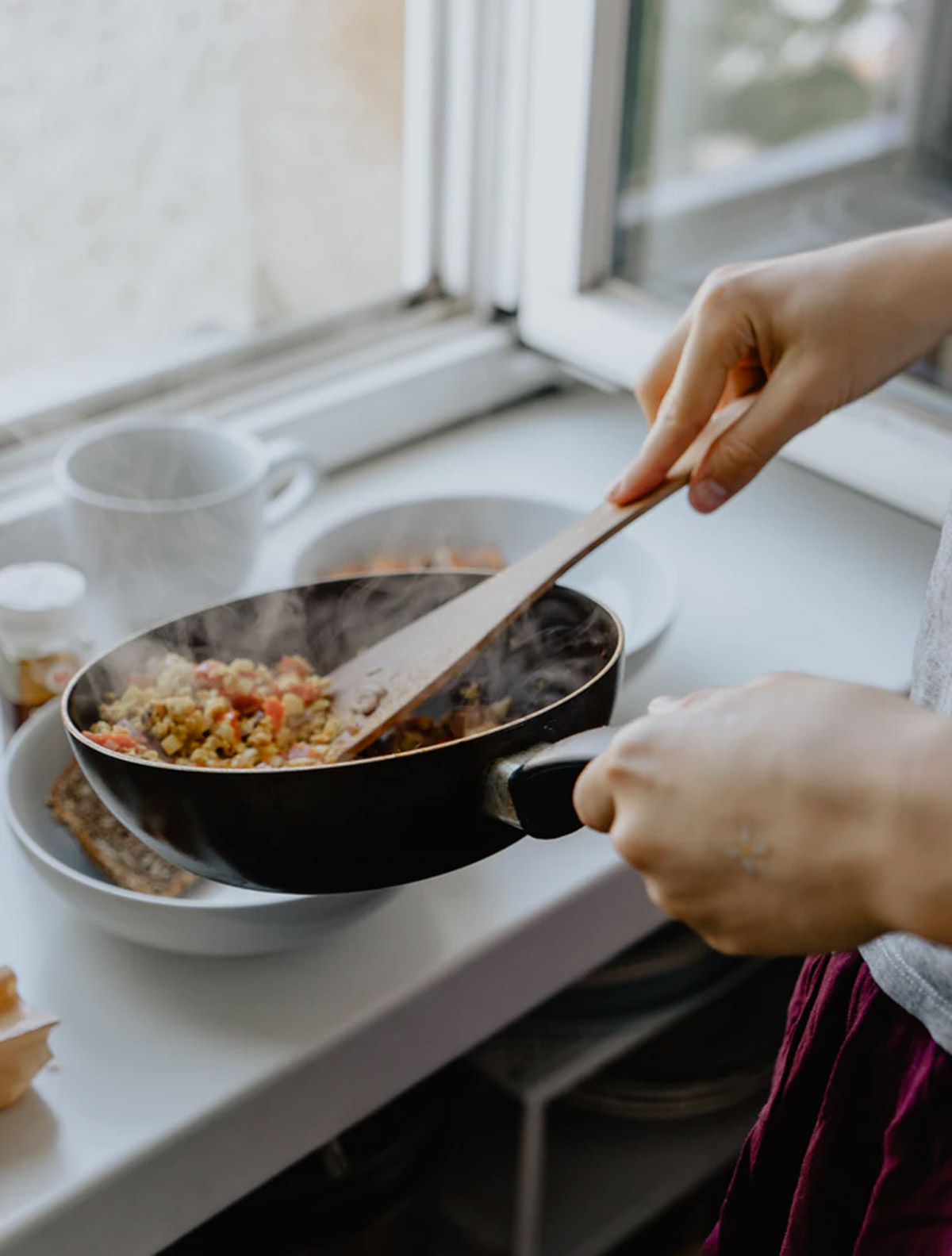 Read on to find out which are healthy and safe for your pooch to consume and which ones are not! 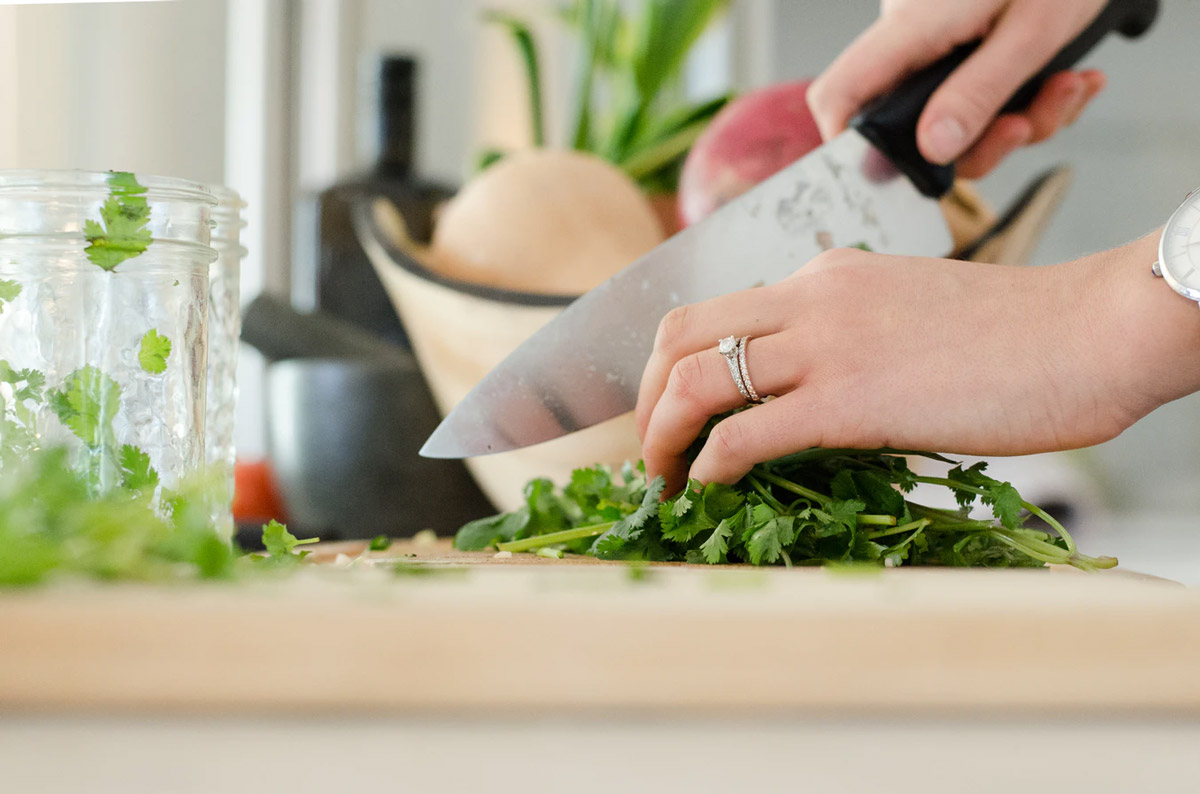 While this list is non-exhaustive, here are 5 spices and herbs commonly used in cooking that are safe for your furry friend if eaten in small amounts:

Whether you like it or hate it, coriander remains a staple in many cuisines of the world today. Anti-parasitic and helpful for detoxification, it can be taken to alleviate nausea, relieve intestinal gas, and increase milk flow as well! However, take note to not give pregnant dogs coriander as it might give rise to uterine contractions.

Besides being yummy, parsley is anti-bacterial and anti-inflammatory. This herb is rich in antioxidants and is a natural diuretic, so sprinkling a bit over your dog’s food can help guard against urinary tract infections, gallbladder and kidney stones, and assist in treating high blood pressure. It is also often used as a breath fresher.

That being said, as parsley is high in oxalates, be careful not to give it to your dog if your dog is vulnerable to calcium oxalate stones. If you’re unsure, always check with your veterinarian first!

A common favourite among many of us, basil has anti-cancer properties and is often used to fight free radicals and reduce the risk of diabetes. Basil protects the liver, is anti-bacterial, and reduces pain and inflammation, making it particularly beneficial for dogs with arthritis or joint pains.

Another spice that is anti-inflammatory and displays anti-cancer features is cinnamon, which also helps to regulate the blood sugar levels in your dog and guard it against heart disease. Studies have shown that cinnamon could potentially reduce the risk of Parkinson’s and Alzheimer’s diseases as well, although you should bear in mind to choose the Ceylon cinnamon over the more prevalent Cassia variety, as the former is much lower in coumarin, a blood-thinning compound.

Probably one of the most common spices used in various cuisines, ginger has a range of health benefits for your canine friend if eaten in small doses. These include alleviating nausea and upset stomachs, improving blood circulation, and increasing the cognitive function of your dog, especially if it’s approaching its twilight years. Research has also shown that it reduces pain linked to osteoarthritis due to its anti-inflammatory properties, so that’s another useful spice to incorporate in your senior dog’s diet! 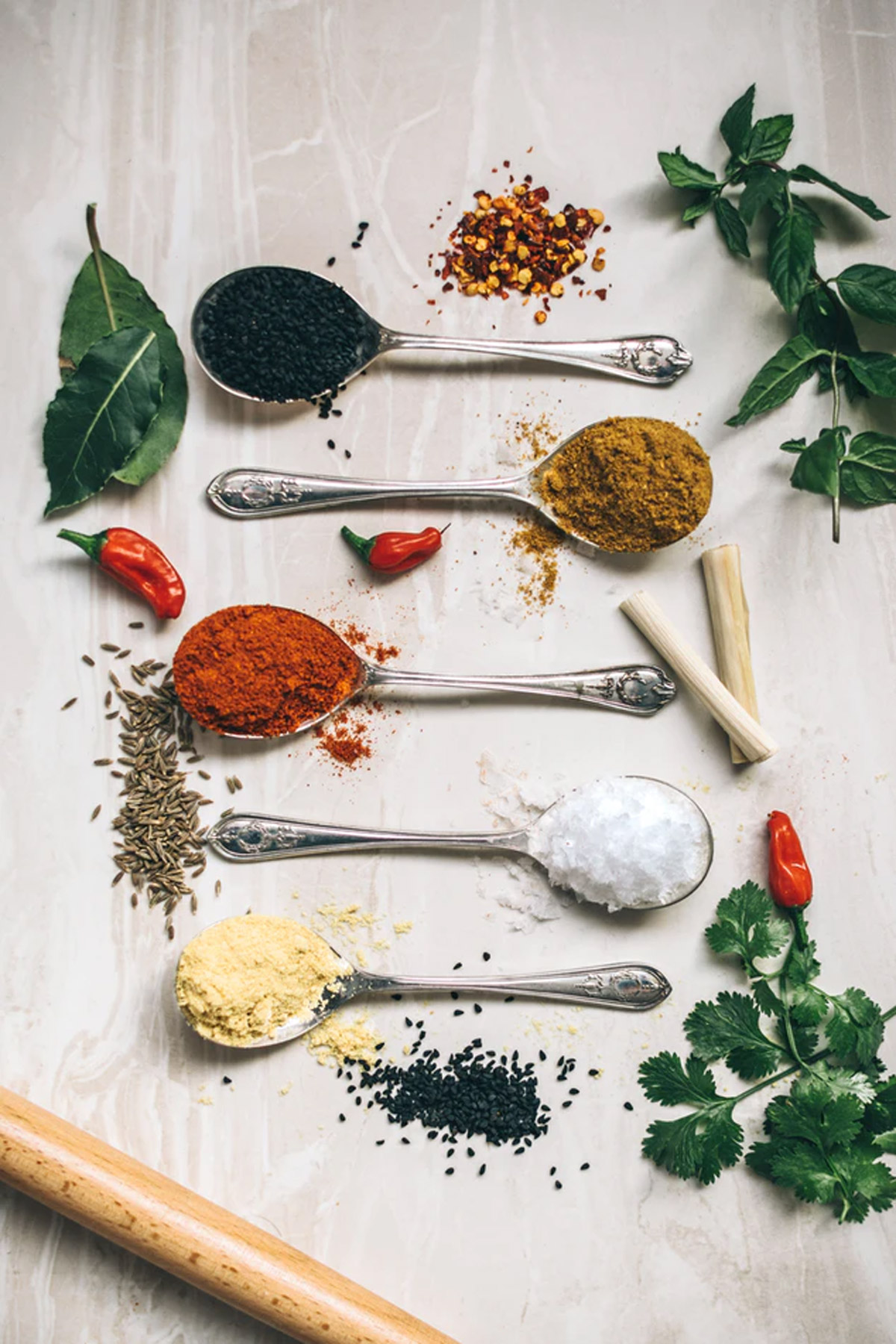 Having covered some of the most commonly used herbs and spices that are safe for your beloved canine, the following reveals some unsafe ones to keep away from them, as even small amounts may be toxic:

Often used for baking cookies and cakes, nutmeg is toxic to pets due to a compound it contains called myristicin. While it takes a large amount of nutmeg to cause problems in dogs, ingesting too much nutmeg can result in disorientation, hallucinations, increased heart rate and blood pressure, dry mouth, abdominal pain, and even seizures.

If your pet has eaten some nutmeg, keep in mind your pet’s size in relation to how much nutmeg it ate and observe closely for any of the above symptoms. To be safe, you may bring it to the nearest vet for a check-up as well.

Avoid giving onion powder to your dog at all costs! Onions contain thiosulphate, which can cause hemolytic anaemia in your beloved furry friend. When ingested, the red blood cells of your dog may rupture, leading to dangerous health consequence. Your dog may also suffer from gastroenteritis, which includes nausea, oral irritation, drooling, abdominal pain, vomiting, and diarrhoea.

Symptoms include lethargy, pale gums, increased heart rate, increased breathing rate, exercise intolerance, and collapsing. Usually, Japanese breeds of dogs such as the Akita and Shiba Inu are more sensitive to onion poisoning, which can have a delayed onset and only show clinical signs a few days after ingesting it.

Garlic and onion both belong to the Allium family, which is generally toxic for dogs. However, garlic is about five times more poisonous than onion to dogs, and similarly, can cause hemolytic anaemia or gastroenteritis if your pooch consumes it. Keep it away from your furry friend!

While a tiny amount of pepper is alright, too much black pepper may cause irritation of the digestive tract in your dog because of a chemical called capsaicin. Pepper in general also contains piperine, which increases your dog’s absorption of prescription medications and in turn raises the risk of accidental overdose. 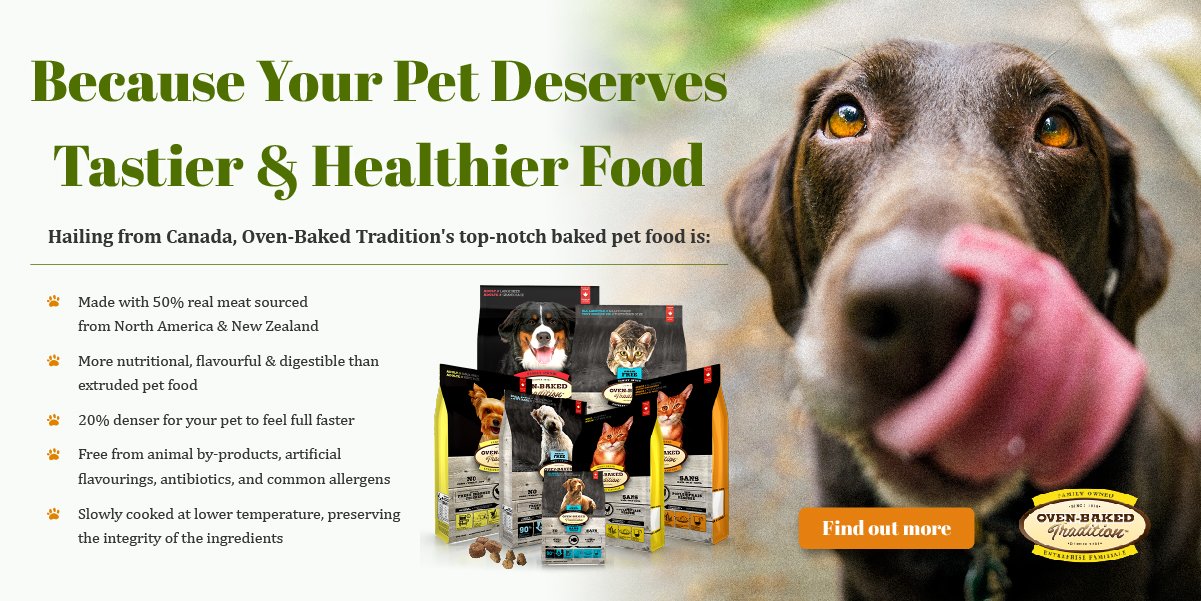