Walking on the Wild Side: How to Deal With Wildlife at Home 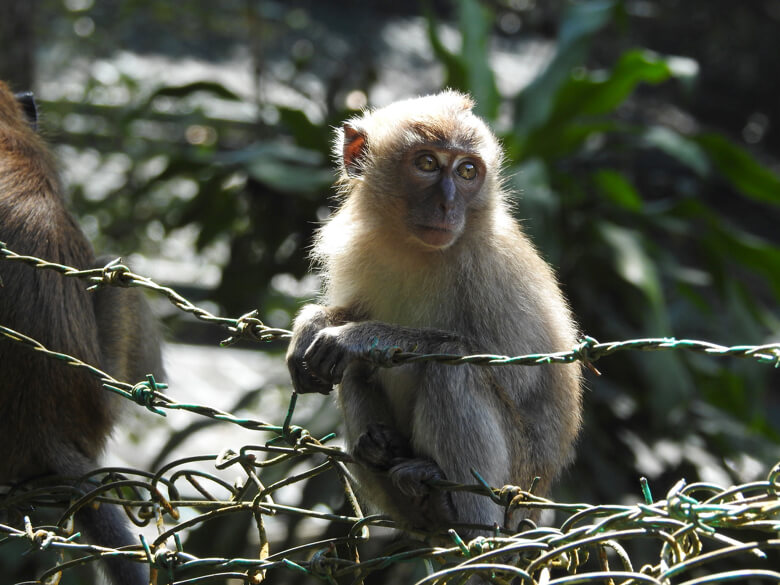 Featuring a pair of hornbills gobbling up a pet bird from the window of an HDB block early this November, a recent video that had been circulating on Facebook had shocked a number of Singaporeans on a few counts. The main response was that of surprise, as most locals thought that these birds were herbivores (they’re omnivores). The other issue taken with this was uncertainty about how to proceed in our future interactions with wild animals as the witness to this incident seemed rather at a loss of what to do.

Here are a few things you should keep in mind the next time you come face-to-face with one of Singapore’s wild animals so that you and the animal are not harmed in the encounter. 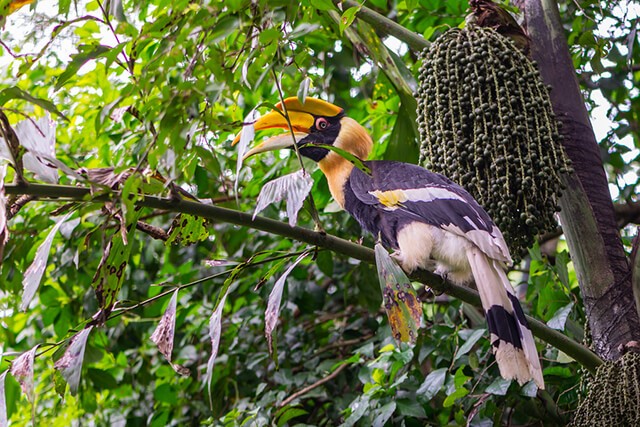 Oriental pied hornbills like the ones in the video have been spotted more often in recent years, coming as a relief to many wildlife conservationists. The hornbills are native birds whose population fell to a point of near extinction before gradually climbing back up, so seeing them is often a positive thing (although not when they’re eating your pet bird).

Nevertheless, meeting hornbills, owls and even crows and pigeons may sometimes leave you at a loss for a course of action to take, especially if they appear to be large and menacing. The best thing to do is to leave them alone. Unless they are actively attacking you, you shouldn’t be worried and they will be wary of you, but otherwise ignore you. To avoid having them fly into your home, don’t leave food lying around and be sure to close your windows when no one is home. 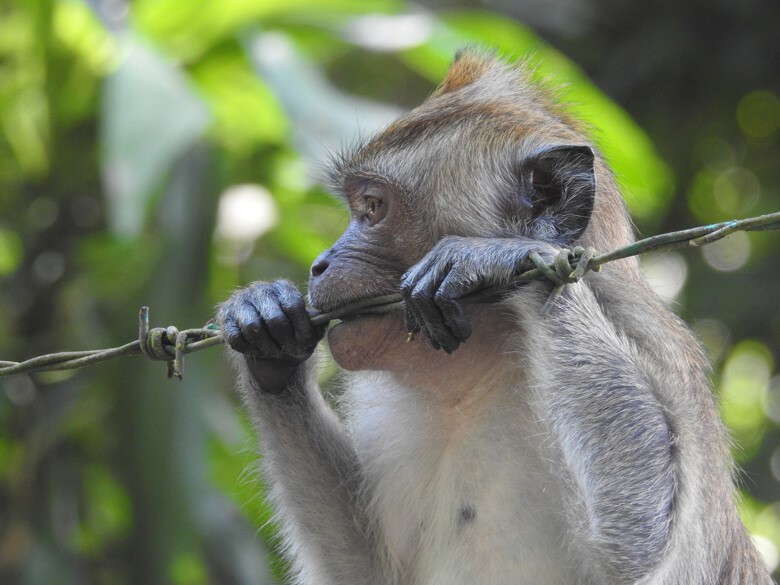 You see them walking along nature trails or sometimes even around the city area and they always watch you intently. Monkeys tend to be unnerving in that way and they’ve also become quite bold when it comes to humans.

The most important thing to make sure you don’t look like you have food, so keep all edibles out of sight. They also associate plastic bags with food so regardless of what it contains, hide plastic bags or use cloth bags. Don’t make eye contact and don’t run, just stay quiet and make small, slow movements instead of sudden ones. 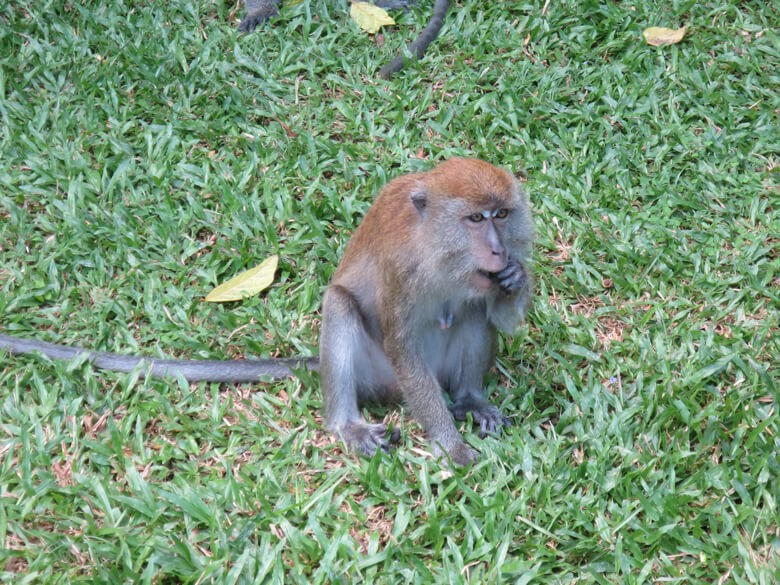 Don’t attack the monkeys either! If you’re outdoors, just back away slowly and walk off. If you find a monkey at home, find an exit for them and drive them towards it by hitting the ground with a stick repeatedly or throwing water in their direction. You can also monkey-proof your house by installing grills or mesh at your windows if you know monkeys reside in the area. 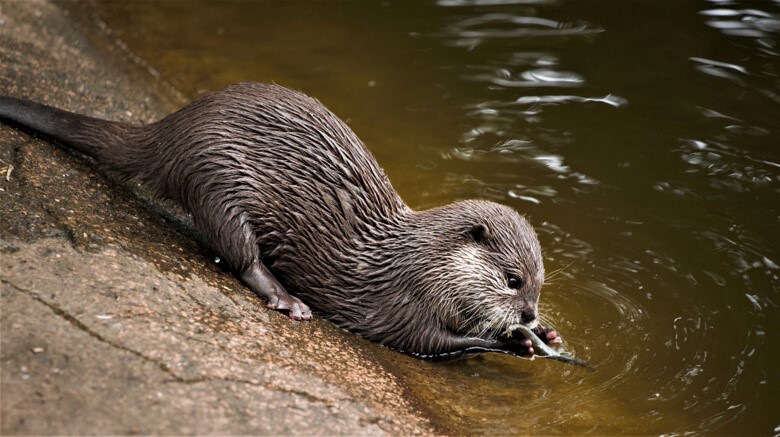 These cute critters have been the subject of much public adoration with an Otter Watch group forming to keep track of them. As lovable as these creatures are, they are still wild animals and should be treated with caution. Do not try to touch, pet or chase them as they are scared of humans and may see your approach as a threat.

Their priority is to protect their young, so don’t make them feel threatened by using flash photography or making loud noises. It is not a good idea to feed them either because they can catch their own food and this upholds the balance of the ecosystem. 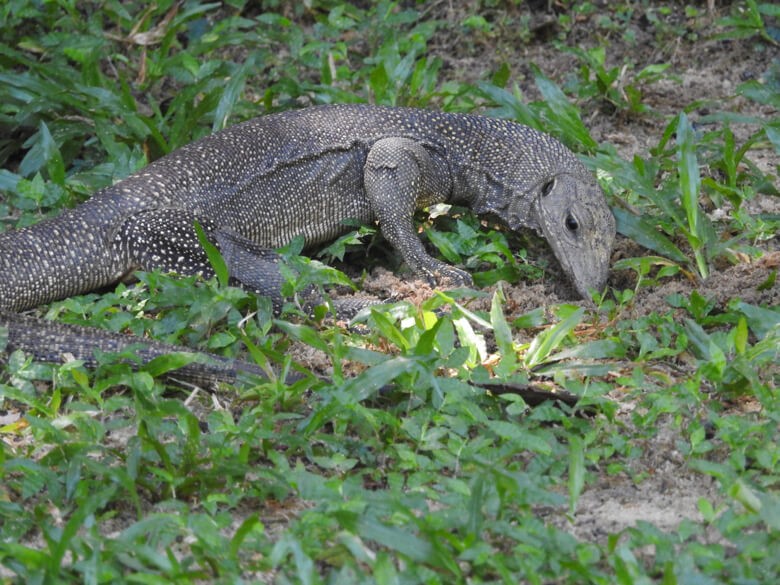 Monitor lizards are often confused with Komodo dragons but if you spot them in Singapore, they are mostly monitor lizards. You may see them swimming in water bodies or waddling close to one and as cute as they may be, do not approach them as they are shy in nature. If you try to chase them or corner them, they will feel attacked and try to defend themselves, possibly biting you in the process. If you see one, just observe it from a distance or ignore it! 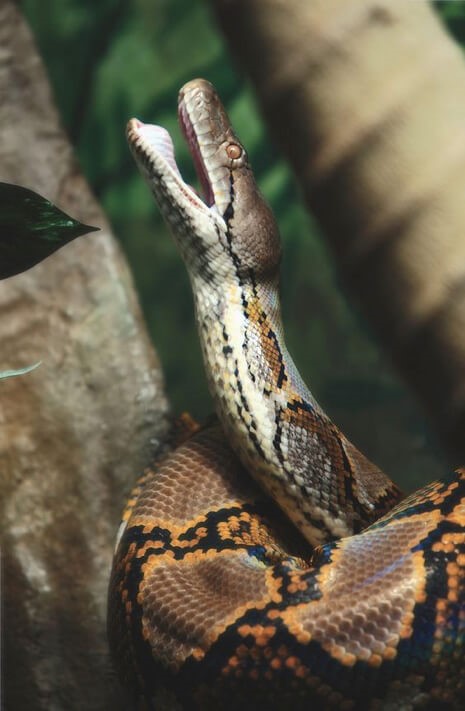 If you meet a slithery friend, don’t freak out because the snake is probably just as afraid of you. The first thing to do is get children and pets away from it and if you’re at home, into another room. If it’s in your house, close all doors except those that lead outside to provide it with an exit. 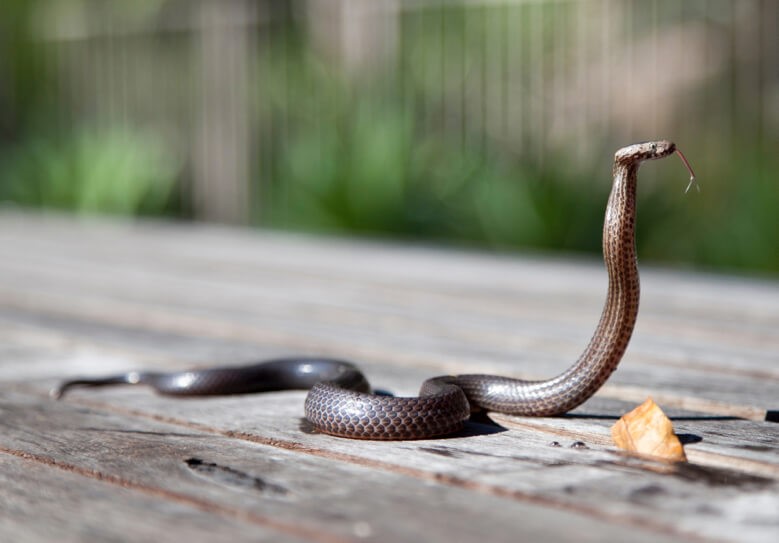 Call a professional to help you instead of trying to remove it yourself and be sure to observe it to and look for its hiding spot. If it happens to be on a flat open space like the floor, throw a heavy blanket or cloth over it and it should calm down. Then place heavy objects on the edges of the cloth and call for help. However, if you discover it in a cramped space that is hard to access then leave it and call for help. 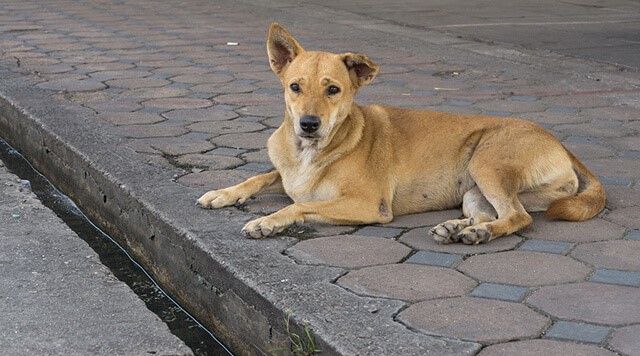 Unlike our pet pooches, wild dogs are completely undomesticated and usually run with a pack in the less urban areas. If you happen upon one or several, remember that they are cautious of you and likely afraid of you.

Do not show fear nor make yourself seem like a threat. This means you shouldn’t run as they might either chase you (possibly as a game but you will probably be too scared to try and play anyway). You also should not stare at them, shout or make big gestures as these may provoke them.

The hornbill video comes as one of many reported sightings of wild birds in our backyard. From the owl who stayed in a Bedok home for close to 14 hours to the one that likes to visit the Istana, our garden city status also means that our lives are inextricably linked to the nature that is woven into our streets. Learning to coexist with them is all part and parcel of living here and that also means respecting them and their space.

If you can only remember one thing at the end of this, it is to leave them alone and they will likely do the same. Only if it is a threat to your safety should you call for professional help and never attempt to attack them.