How to Read What Your Cat is Saying With Its Ears 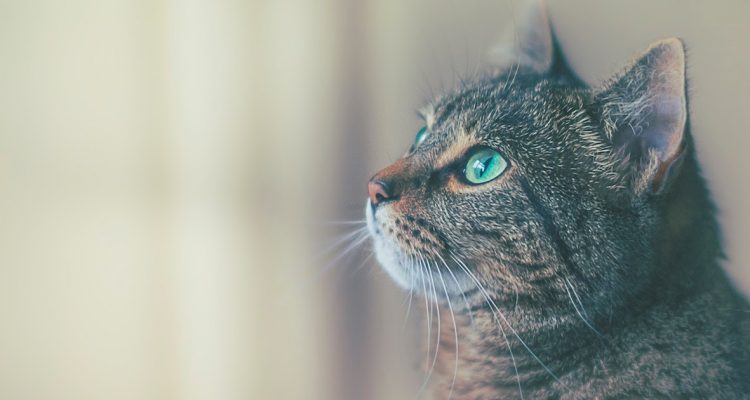 info@furryskitchen.sg on January 29, 2020 No Comments

According to many scientists and those who deal with felines every day, cats have a special way of communicating with humans. Besides meowing at different pitches and volumes to demand something, whether it’s food or attention, they also make use of body language to let you know exactly what they want.

In the same way that they use their tails, cats’ ears are big indications of their needs. Keep an eye on your cat’s ear positions and you’ll be able to decipher what they’re trying to say!

When your cat’s ears are facing forward, whether they are slightly tilted towards the back or swivelled a little to the side, they are in a relaxed state and full of contentment.

Usually, their ears will go into this position whenever they are napping, resting, or purring when you’re petting them. If you happen to have a relaxed cat in your lap, you’re a lucky one. You’ve officially bridged the relationship gap with your furkid!

Feeling the tension? That’s because your cat is on alert mode. It’s not necessarily a bad thing, though. Their ears may instantly turn towards a sudden loud noise in the house, and this could simply be them being curious about what’s happening in their surroundings.

Felines are great listeners, and they listen intently before deciding how to act. They analyse whether the sound is a form of danger or a surprise. Test your cat’s ears by making a whistling sound when they are lounging on the couch — you’ll might their eyes widen and their ears prick upright, pointed towards the sound.

Ears flat and pressed back

A cat with ears in this position is highly likely to be in a defensive stance. This is a sign of fear or aggression, because this way, their ears are protected and kept out of range of the teeth and claws of other potential aggressors — aka they ready to either fight or flee.

In general, the more aggressive or anxious they are, the more their ears flatten. Allow them to cool down for a moment and don’t come into contact with them. This may lead to serious injuries on both ends if you accidentally set them off. Instead, your job as a fur parent is to remove the trigger that is frightening or angering your precious feline!

More often than not, your cat is probably in a state of confusion or filled with many different emotions all at once. It could be because they’re hearing two different sounds at the same time, and they’re left wondering on which one to follow.

Once both ears are in the same position, your furry friend has digested every bit of information about the environment or situation. They have officially made up their mind and are ready to take action!

4 Tips for A Smooth-Sailing Road Trip With Your Pet Dog!

4 Reasons Why You Need to Know Happy Vet, the “Vet-on-Wheels” Mobile Vet Service in Singapore

The Dangers of Obesity in Cats: Why Chubby is Never Cute

Know Someone Terrified Of Dogs? Here’s How You Can Help Them Overcome it

Claws Out: Why Do Cats Scratch Everything & Can You Stop It?

Spooky or Cute, Here are Some Halloween Costume Inspirations for Your Pets

Should You Be Worried If Your Dog Doesn’t Bark?

Are You Ready for a Pet Rabbit?