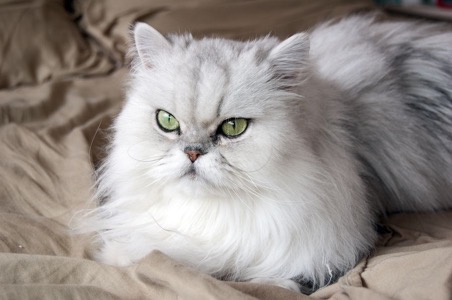 Absolute-Pet-International on May 26, 2019 No Comments

Felines have built for themselves a reputation of independence, aloofness and being selective and frugal with their love and affection, especially when compared to their canine counterparts. However, contrary to what many may believe, cats are capable of being just as affectionate and loving as any other pet, though this largely depends on their breed and individual personalities. If you’re looking to extend your furmily with cats that aren’t as selective with their affection, we’ve got you covered. Here are 5 feline breeds that are known for their easy affection.

True to their names, Ragdolls are known for going fully limp in the arms of a human – entirely because these adorable cats wish to be held. In addition to their striking looking, the breed is also known for their canine-like characteristics such as cuddling, sociable temperament and loyalty, earning them the title of ‘puppy cat’. These domestic cats are also known for their tolerance, easygoing nature and the perfect cuddlers. However, do note that because of their friendly personalities, they should always have a companion and will not be happy when left alone.

With its folded ears, rounded eyes and face, Scottish Folds are some of the most easily identifiable and affectionate felines. Known for being laid back, sweet-natured and attention-loving personality, the breed thrives when surrounded by people and are able to establish a strong bond with its furmily members from the get-go. These kitties are usually seen shadowing their hoomans, from room to room, or laying on their laps. Similar to Ragdolls, the Scottish Folds’ friendly and easygoing personality makes it the ideal family-feline.

Aside from their majestic features and astounding size, Maine Coons are also widely known for their affectionate nature. These felines are known for their love of receiving and giving attention and affection to their companions. While they don’t demand attention, Maine Coons have been known to greet its owners at the door and like many of the felines on this list, revel in being lap cats. These kitties may also show their affection by ‘conversing’ with you through their distinguishing meows.

This ancient breed of royal felines remains as popular today as they were from the beginning time. While most of their popularity can be traced back to the feline’s distinctive features and luxurious fur, friendly and affectionate breed has a role to play as well. While they may look grumpy, this generally quiet kitty is known for its easy-going personalities and its lap-cat nature The Persian enjoys receiving and giving attention or simply being around their favourite humans. Plus, their luxurious fur makes them the ideal cuddle buddies!

Holding a resemblance to felines of ancient Egypt, Abyssinians are thought to be one of the oldest cat breeds in the world. While these felines are unmistakably known for being sociable, attention-loving and affectionate, they are known to be lap cats. Instead, they can be seen hanging out with or around their owners whenever possible and require a lot of interaction. As with Ragdolls, Abyssinians don’t do well alone but are open to the company of other felines as well. However, do note that breed alone doesn’t define a feline’s level of affection and friendliness. It ultimately depends on the cat’s individual temperament and personality – so be sure to do some research before welcoming a feline friend home!

A Little Chubbiness in Your Pet Won’t Hurt… Or Will It?

Is Your Dog Easily Jealous? Here are 5 Ways to Tell!

Does Your Dog Have Osteoarthritis?

Telehealth in Vet Clinics: Benefits & Where to Find in Singapore

The Hidden Benefits of Owning Pets