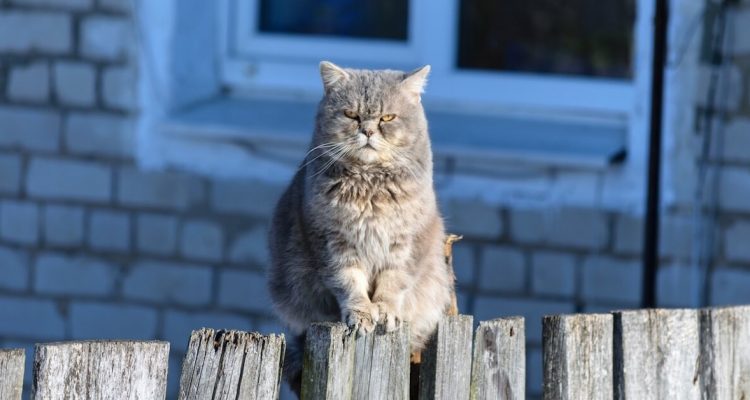 Virtually the kings and queens of their households, it comes off as no surprise that cats can be extremely territorial. As these animals generally enjoy roaming around freely, any unfamiliar presence that sets foot inside their boundaries may get them all riled up.

While low-key territorial behaviour may not be a huge problem, once that aggression reaches a breaking point, cat owners may have to step in to deal with the issue. Here are some necessary precautions and tips you’ll need to know!

If you’re not sure whether your cat’s behaviour is territorial aggression, here are a few possible telltale signs. However, it is important to keep in mind that this list is not exhaustive:

You may have noticed that when you take your cat to a vet,  or pet boarding facility, it may behave differently. This is because your cat is much more wary of what’s going on around it, and is anxious about the space that you’ve taken it into.

In the same way, your cat may exhibit the same territorial aggression at home because they feel like their personal space is being threatened. While this threat may be due to a new presence in the house, it can also be due to other factors such as a new sound or smell. Sometimes, something as trivial as a furparent returning home after a long absence is enough to set them off!

Cats, especially males, who haven’t been neutered will act more territorial than other cats who have been neutered. Left unchecked, a male cat may even begin spraying smelly urine onto everything in a bid to mark its territory. Neutering your cat is also a great way to prevent the overpopulation of kittens, and your cat may become calmer in general.

Bring out all sorts of scratching items

Distraction is a powerful tactic — one of the best ways for cats to relieve their stress is through scratching. Provide your kitty with a scratching post or item and let them scratch to their heart’s content! By directing their built-up frustration and anger towards a scratching post — they’ll feel that there is no need to resort to violence to make a point.

A reactive and aggressive cat should be left on their own — any form of interaction may invite hostility on their end and damage the relationship between both of you. If your feline has locked down a specific area which they have already claimed as theirs, do what you can to prevent access to that area. Take any necessary measures — such as shepherding them into a quiet room and shut the door. Also, make sure to remove items like towels and clothing from the floor, as cats will spray anything that lies on the floor.

Similar to fighting fishes, the simple act of blocking your cat’s view from the object of aggression may do wonders. Take note that this is only a temporary solution, and other precautionary measures include closing blinds, keeping your cat indoors, and placing their food and water bowls away from windows and doors.

Make a trip to the vet

More often than not, the above-mentioned solutions are enough to calm your furkid down. However, if their aggression still persists despite the action taken, your vet may need to step in. It is possible that your feline may be experiencing distress, and that its aggressive behaviour is caused by something medically. Therefore, it is important that your cat goes for a complete check-up to make sure that it isn’t suffering from any underlying medical conditions.

As a cat owner, it’s your duty to make sure that your cat feels safe in its space so that it doesn’t become territorial. While some cases are unavoidable — such as the arrival of a new pet, these tips will help you to at least manage your cat’s territorial aggression instead of leaving the situation as is.

The Complete Guide For Leash Training Your Feline

The Wondrous Catnip: 3 Reasons Why Kitties Love It

5 Tips on How to Litter Train Your Cat

Woofy’s Corner: A Hotel & Spa For Your Pets

4 Important Things to Take Note of When Adopting a Dog

‘Tis the season to be jolly… and my naps have never been better!