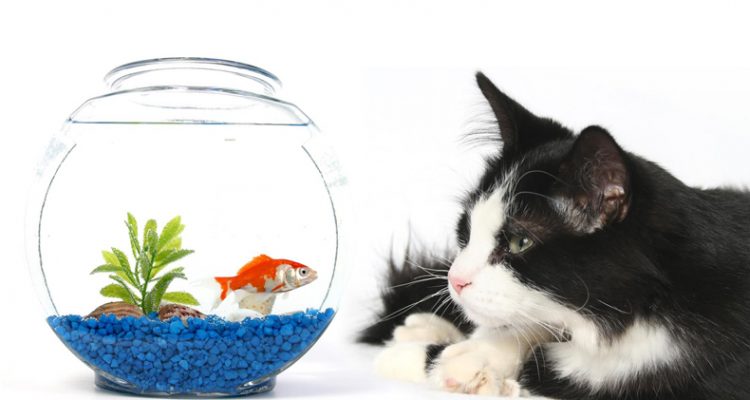 The clichéd portrait of the cat as a fish lover is known to us all. Nearly all domestic cats do indeed fancy fish, and cat lovers around the world eagerly accommodate this desire of their feline friends. The question is: would an all-fish diet be good for them?

The truth is, fish is not a component of the cat’s natural diet. When examining the natural diet of our domestic cats’ ancestors, namely the European wildcat or forest cat, the Asian steppe cat, and the African wildcat or tawny cat, none of their diets include fish.

It is not uncommon for cats that are often given tuna to refuse all other foods. Cats displaying this addict-like behaviour are often referred to by veterinarians as ‘tuna junkies’.

One of the most prevailing diseases afflicting ‘tuna junkies’ is Steatitis or yellow fat disease, an inflammation of the fat tissue in the body due to a deficiency of Vitamin E. This is usually the result of feeding tuna, or any canned fish, packed in vegetable oil. These products are high in polyunsaturated fatty acids which oxidate Vitamin E, besides being a poor source of Vitamin E to begin with.

Although canned fish is high in protein, it does not supply the cat with sufficient amounts of certain amino acids, mainly taurine, to maintain its health. There is also too little calcium to balance phosphorus levels, resulting in bone disease caused by calcium deficiency. Also, canned fish is low in many essential vitamins, such as Vitamin A and most B vitamins. Canned fish is also high in sodium, possibly providing the cat with too much of this mineral.

How about fresh fish?

Canned fish loses much of its nutritional value in the processing stage. Many nutrients are sensitive to heat, and cooking or canning reduces levels of or even eliminates some nutrients in foods.

Therefore, would a diet consisting of whole, raw fish be adequate for cats? It seems this is not entirely without problems. An enzyme found in all raw fish, called thiaminase, can destroy vitamin B1 (thiamin), leading to neurological disorders accompanied by a general physical wasting due to loss of appetite. This enzyme can be destroyed by cooking the food, which however reduces overall nutritional density of the food itself as well.

An all-fish diet, no matter if whole, dressed, raw, cooked, or canned will cause nutritional deficiency of some kind, which in turn will eventually lead to serious disease. If fish is to be included in the diet of your pet, do so sparingly as treats, or to entice a sick cat to eat. Other than that, the story of fish and cats should remain a fairytale!