7 Contagious Illnesses That You Can Catch From Your Pet 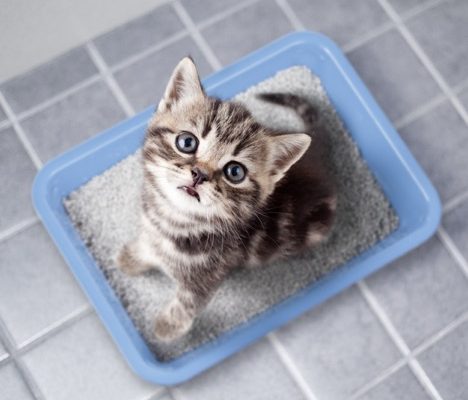 Animal-Recovery-Veterinary-Referral-Center on June 6, 2019 No Comments

Did you know that some of the illnesses that your pet is suffering from can be contagious? Here are some common contagious pet illnesses, how to identify them and how to prevent you and your pet from contracting them.

Toxoplasmosis is often spread through a feline’s fecal matter.

Caused by a parasite in a cat’s intestines, Toxoplasmosis is often spread through a feline’s fecal matter. Cats and humans usually don’t show symptoms, occasionally kittens may get diarrhoea and some people experience flu-like symptoms, however immunocompromised people and pregnant women are at risk. While no alarming symptoms may occur, pregnant women may pass this sickness on to their unborn children who may develop health conditions in the future. Changing the cat litter frequently and washing hands thoroughly after is a good precaution.

Pets contract Leptospirosis from drinking groundwater contaminated by an infected wild animal and their owners, when they make contact with the bacteria in their infected pet’s urine. Some pets and humans have no symptoms but other animals may develop fever, diarrhoea, vomiting, depression, refuse to eat and might suffer from infertility. Some humans may experience similar symptoms as well as chills, rash and muscle aches. If a human recovers from this bout of symptoms and another round sets in, they may be at risk of meningitis, kidney or liver failure. The best way to prevent this is to vaccinate your pets and have as little contact with animal urine as much as possible.

Toxocariasis is a parasitic disease that originates from the larvae of Toxocara roundworms and is transmitted to humans through animal stools. Pets exhibit symptoms with bloody stools, vomiting, diarrhoea and worms found in stool. Humans, on the other hand, normally contract this orally so the parasites end up in the lungs and cause shortness of breath, itching and abdominal pain. It’s best to use gloves or a plastic bag when handling your pet’s poop and wash your hands thoroughly after any handling.

A Ringworm infection is often signalled by a ring-shaped rash that’s red and itchy for humans. It’s the same for pets but since this is on the skin, it’s often hidden under fur, so look out for signs like patchy fur and crusty skin instead. As a fungal disease that’s passed through direct contact, the best way to keep this at bay is to clean your pet’s bedding regularly, wash your hands thoroughly and frequently, and to vacuum and disinfect your home regularly.

A form of bacteria that is found in both fresh and salt water, Mycobacterium Marinum is found in fish tanks, placing fish owners at risk. While the fishy friends do not exhibit any signs of infection, people who put ungloved hands into the water may get red bumps or sores that look like punctures on their hands, something that can extend up to their arms, as well as a possible low fever. To avoid this, it’s recommended that gloves are used if fish owners need to put their hands into the tank or nets for scooping fish out.

Usually spread through contaminated water and fecal matter, Giadiasis is a common intestinal parasitic infection that results in rather serious gastrointestinal problems. When infected, both animals and humans will experience painful gas, vomiting, diarrhoea and stomach cramps. To prevent your pet from contracting this, ensure that they always drink clean and fresh water while keeping them away from the waste of other animals. You should also handle your pet’s poop with gloves and a plastic bag, and wash your hands thoroughly after.

Often an illness associated with food, Salmonella can also be caused by bacteria on the skin of reptiles. If you keep non-furry pets like lizards and such, make sure you wash your hands thoroughly after handling them and especially after feeding them. While kissing them and cuddling up may be tempting, you should maintain a decent distance to avoid catching this. Scaly pets don’t show any symptoms of this, but humans experience fever, headache, abdominal pain, nausea, vomiting and chills.