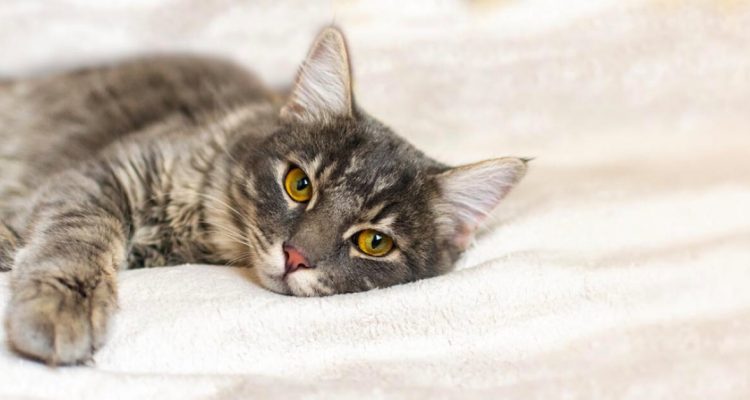 Note: This article was written for and originally posted on Silversky

Many humans suffer from mental disorders, but what about animals? If you’ve ever suspected that your dog might be suffering from depression or if you feel like your cat has a touch of anxiety, you might be right.

Most veterinarians and animal psychologists agree that animals can indeed suffer from various mental disorders, though not quite in the same ways as humans. But like us, dogs and cats who suffer from conditions such as anxiety or depression can self-harm and severely damage their overall health by not eating or exercising. If one of your pets exhibits symptoms of any of these conditions, we strongly advise a trip to one of the many vets in Singapore. 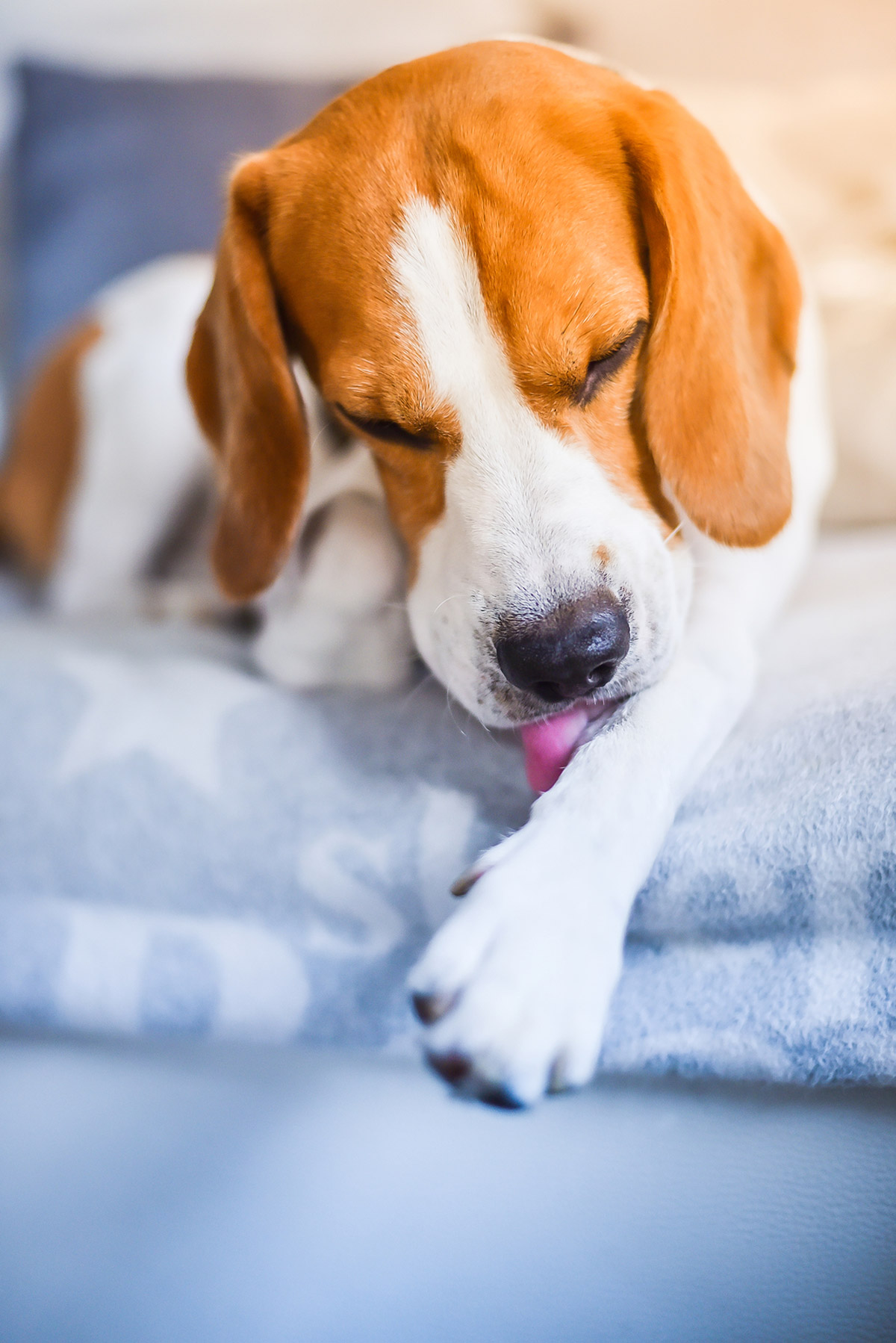 If your pet is excessively repeating certain behaviours or acting “normally” in situations that are out of context, for extended periods of time, or directed towards objects, it can be a possible case of OCD. For dogs, this can include — but is not limited to — tail chasing, digging, or sucking on a toy, and for cats, these actions can include excessive grooming, pacing, and mewing.

These compulsive disorders are usually caused by frustration, stress, or anxiety, and vets believe that these abnormal actions are performed because they allow pain-relieving chemicals in the brain to be released, thereby temporarily easing the pet’s unease.

Over time, compulsive behaviours can progress and worsen to a point where the pet may perform the compulsive behaviour with any stressful event, not just the original trigger. In some cases, this may result in self-inflicted injury — think skin infections from overgrooming — so we recommend engaging an animal behavioural specialist or a trusted vet to help manage your pet’s condition. 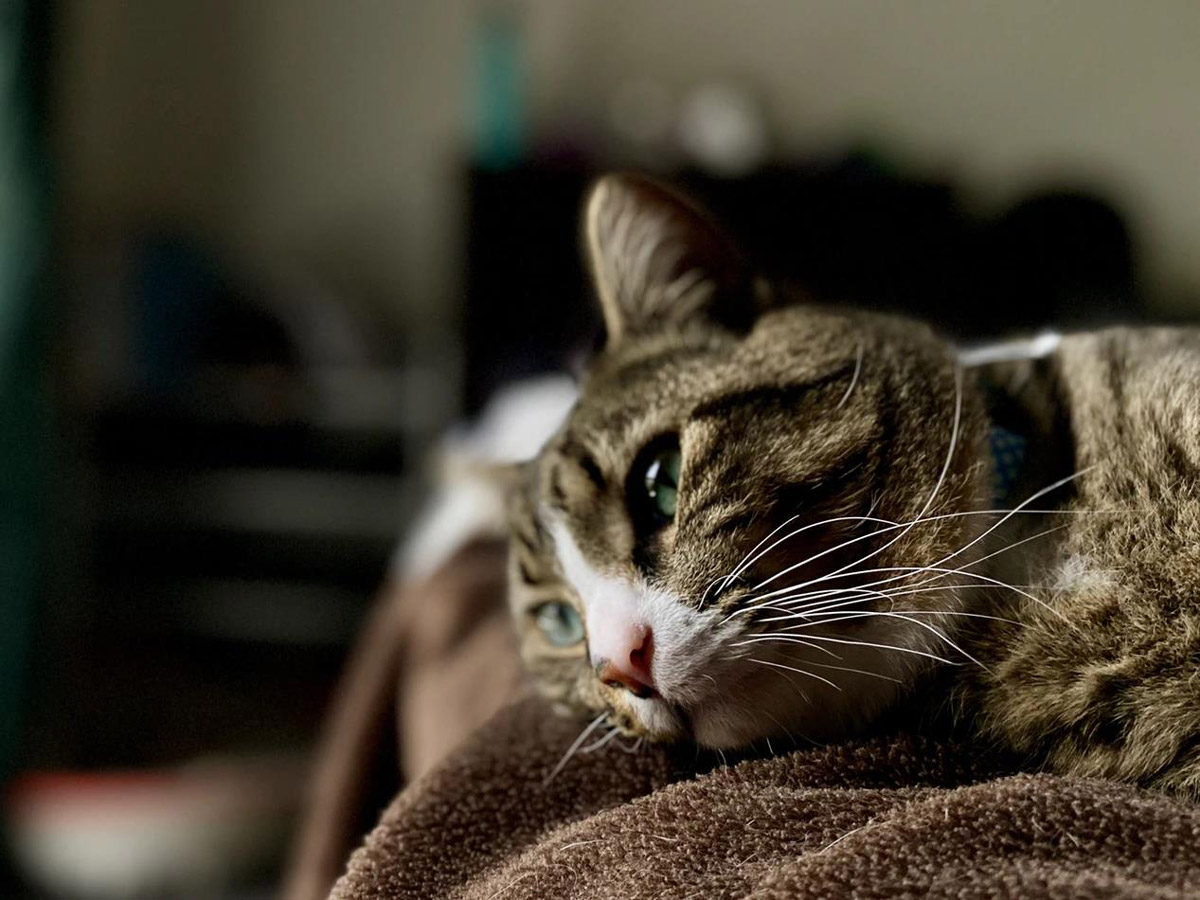 If your pet is experiencing depression, there are tell-tale signs that will key you in. Take note of major behavioural changes such as becoming increasingly withdrawn, more lethargic than usual, and showing a loss of interest in everyday things that used to get them all pumped up.

Some possible causes of depression in canines and felines include a health problem, grief from the loss of a close companion, major environmental changes, fear, and can even be related to you. Perhaps you’ve been feeling under the weather as well and your pet is picking up on your energy, or perhaps you’re often away for long periods of time and your pet is feeling lonely and sad.

As depressed dogs can eventually lose drastic amounts of weight due to a lack of appetite and develop a variety of physical illnesses, you might be relieved to hear that you can help your dog feel better with tender loving care (TLC). Provide plenty of exercise, bonding time, or even a companion for your pet. Only reward or praise them when they show signs of healthy behaviour, happiness, and/or have earned it by performing a command. Otherwise, you might unwittingly encourage their depressed behaviour instead.

Generally, most dogs are able to bounce back from depression after a few weeks or months with early and proper intervention, but if you do not see any positive changes in your pet’s behaviour and mood, you might want to consult an animal behaviourist. Alternatively, your vet may prescribe medications if necessary. 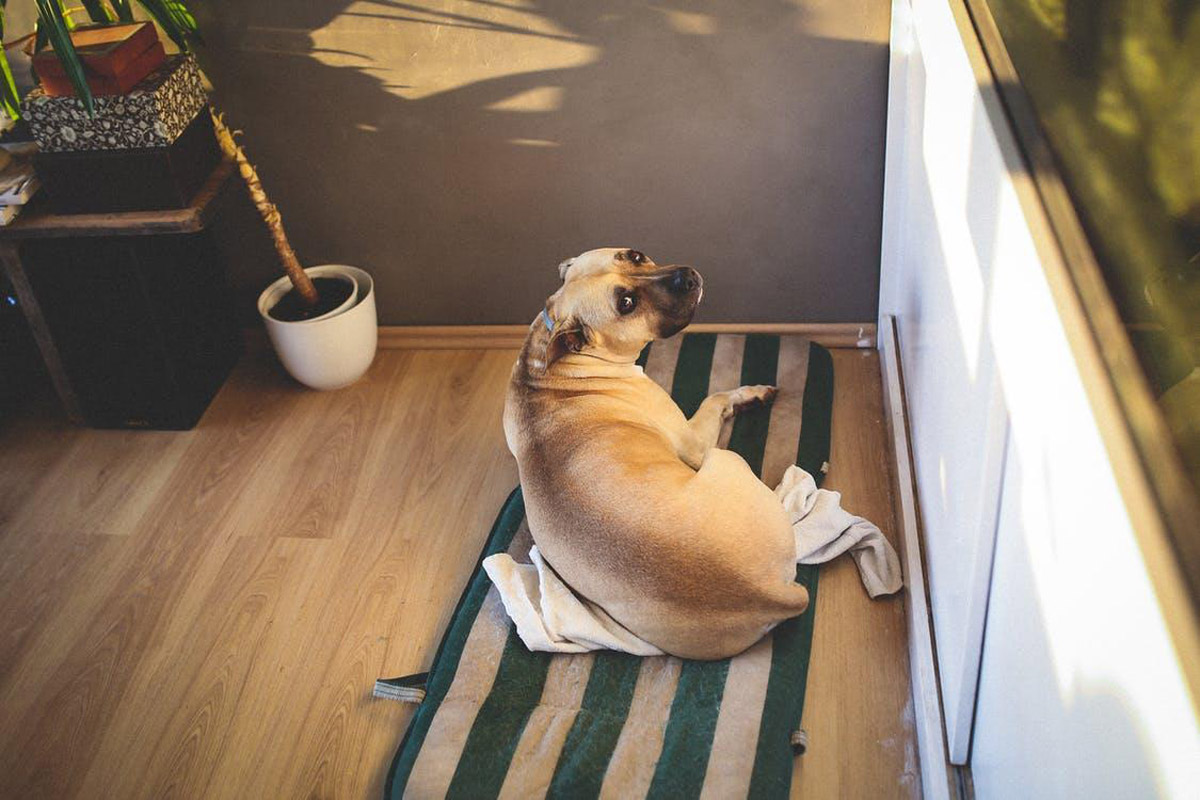 Like humans, cats and dogs may develop anxiety for a variety of reasons. These include thunderstorms and loud noises, strange people, separation from you, and past cases of cruelty, abuse, or neglect — basically, when they feel like their environment has become dangerous.

While there is no conclusive evidence showing exactly why pets develop anxiety, some signs that your pet is suffering in silence include urinating and defecating outside of their toilet when toilet-trained, destruction of furniture, excessive vocalising, inappetence, aggression, being withdrawn, hypervigilance, and attempts to prevent you from leaving.

However, we recommend visiting a vet first to check if your pet has any underlying medical problems that could be contributing to its destructive behaviour. Once you’ve confirmed that your pet indeed has anxiety, you may start on an appropriate treatment plan to help relieve its stress, which can consist of mental and physical stimulation, medications or supplements, crate training, and desensitisation. 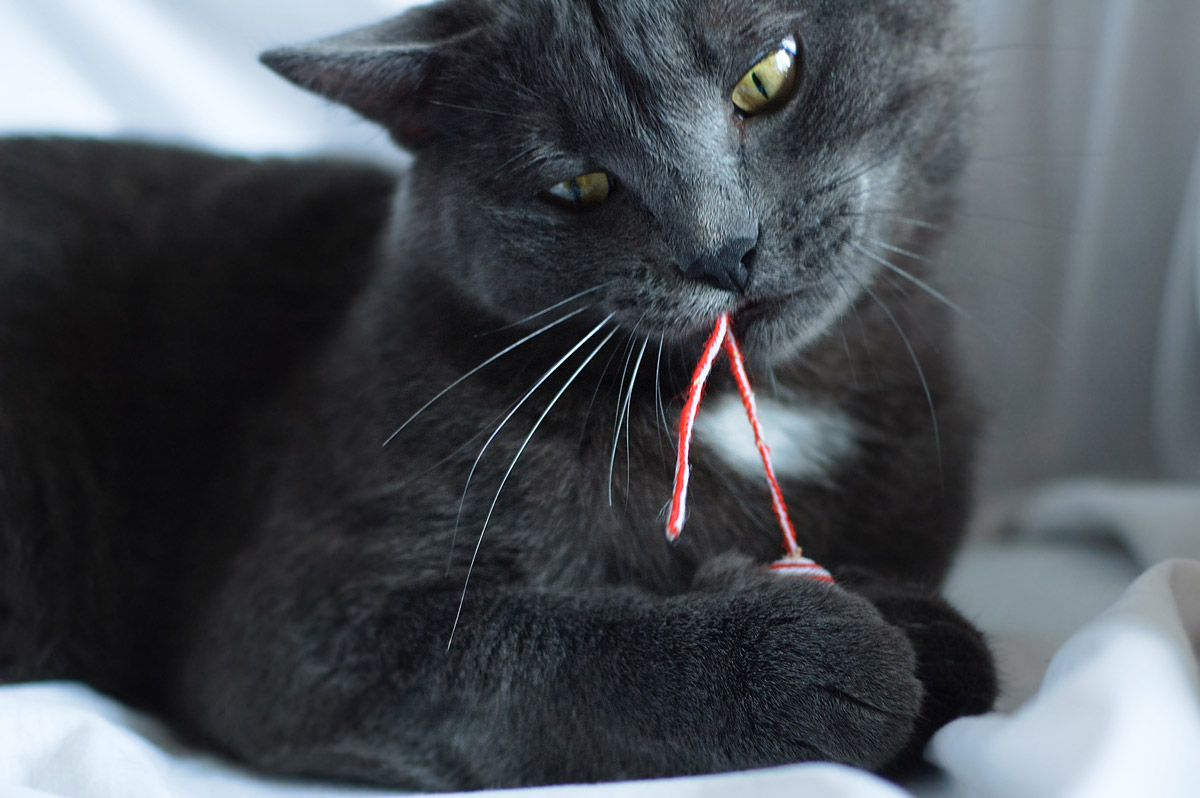 If you’ve often caught your pet munching on the weirdest of things that couldn’t possibly taste appetising, your pet might have pica. That’s right, this condition in pets compels them to ingest objects that are not food items, including metal, plastic, cloth, garbage, dirt, rocks, paper, or even faeces.

Usually, pica is a psychologically compulsive behavioural issue for both cats and dogs. In the case of medical issues, your pet may be suffering from teething, hyperthyroidism, a parasitic infection, or malabsorption.

However, for the most part, pica is caused by psychological reasons such as boredom or separation anxiety and in such cases, it can be harder to treat as you’ll need more than just medications. Instead, you’ll need to take a more holistic approach to increase physical and mental stimulation, discourage your pet from eating non-food items, and reinforce normal eating behaviour with plenty of positive training.

It’s highly important to treat pica as soon as possible as well, because ingesting foreign objects can lead to several problems such as choking, poisoning, and blockages of the digestive system, to name a few. 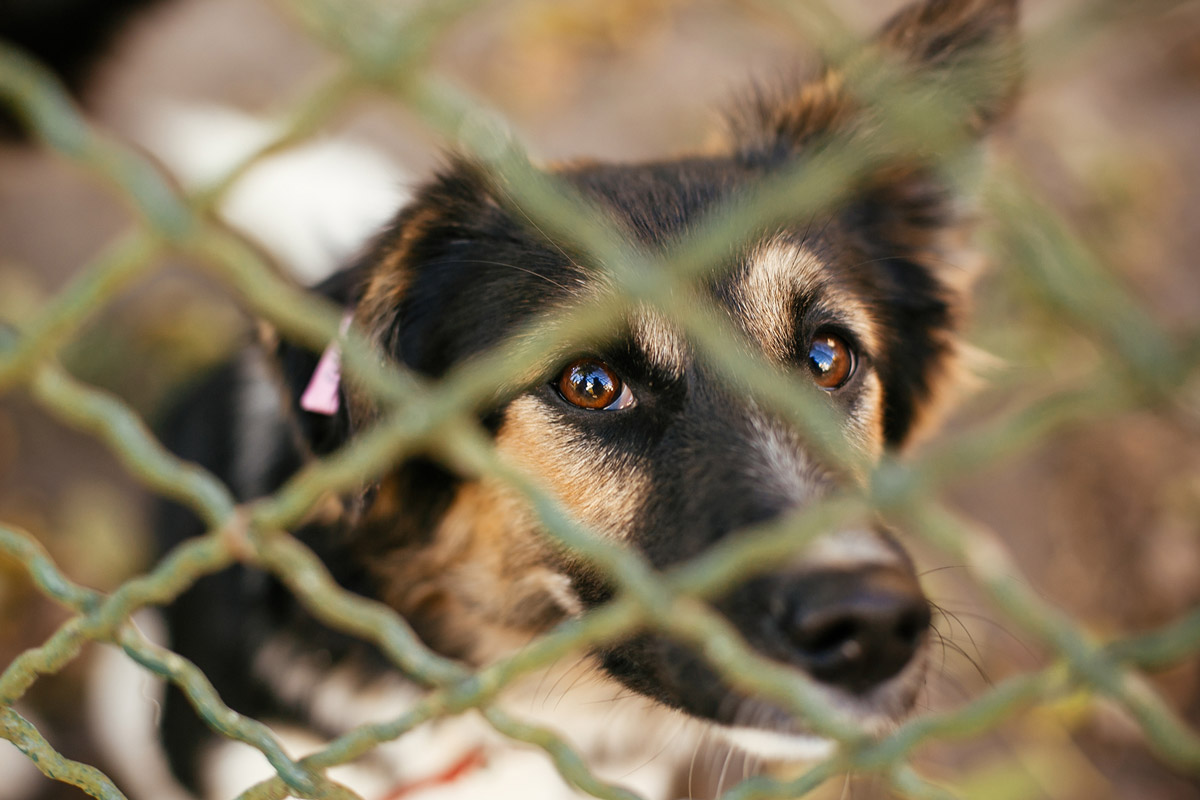 PTSD, or post-traumatic stress disorder, is a response to a traumatic event in which serious harm was threatened or sustained by an individual, be it human or pet. It comes with panic attacks, flashbacks, and other anxiety symptoms, and cats and dogs can develop PTSD from being abandoned at a shelter, abusive environments, bad domestic situations, neglect, or having experienced massive natural disasters.

Its trauma can manifest as shaking, hiding, urination and/or defecation, howling, pacing, excessive vocalisation, and panting, and dogs and cats may attempt to flee when frightened, become aggressive when forced to interact with its stimulus or if it was forced out of a hiding spot, or freeze up or show avoidance behaviours such as hiding, fidgeting, and repeatedly pawing at their owners.

For now, treatment generally focuses on desensitisation and counter-conditioning, which should only be done under the supervision of an animal behaviourist or vet. If done incorrectly, it can very well backfire and worsen your pet’s fears instead. Furthermore, a traumatised animal has a higher likelihood of becoming re-traumatised if she re-encounters major stressors, so it’s very important to understand your furry friend’s triggers in order to prevent future episodes.

Caring for your pet’s mental health

Pets are known to have an almost-magical mood-boosting power. While they do wonders for our mental health, as pet owners, we owe it to them to do the same when they’re fighting their own battles. Though the journey might be difficult, do not give up and do not despair! Simply enlist the help of professionals and continue to shower them with love and affection, just as they would for you.