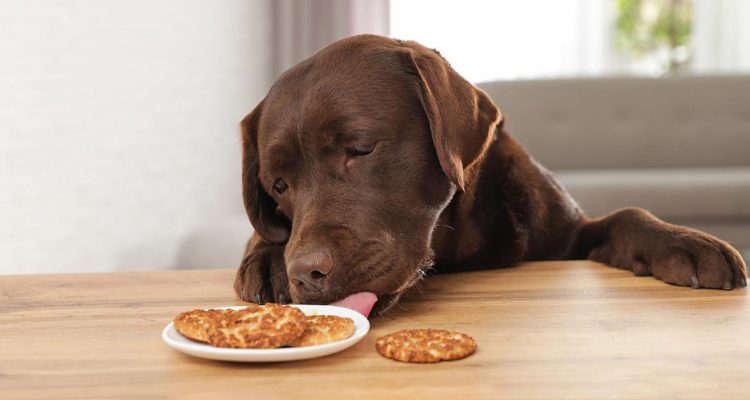 Note: This article was written for and originally posted on Silversky.

It’s safe to say that most dog owners are aware that our canine companions should stay away from chocolate. Chocolate contains theobromine, and a small amount can cause an upset stomach with vomiting or diarrhoea while a large amount can produce muscle tremors, seizures, an irregular heartbeat, internal bleeding, or a heart attack.

But besides chocolate and other no-brainer poisons like rat poison and detergent, there are plenty of other seemingly harmless items at home that might poison our dogs if ingested as well. To protect your pup from unwanted harm, keep them away from these 5 common household items:

House plants make for great decorative pieces, but while they might be pretty to look at, some of them are not pet-friendly. These include popular plants such as the Golden Pothos, also known as the Devil’s Ivy, Dieffenbachia, otherwise known as Leopard Lily or Dumb Cane, the photo-worthy Swiss Cheese Plant, and more.

From left to right: Leopard Lily, Devil’s Ivy, and the Swiss Cheese Plant

This is because the leaves, stems, and sap of Leopard Lily and Devil’s Ivy plants contain calcium oxalate crystals, which can cause swelling and burning of the mouth and tongue and painful irritation to the eyes upon contact. In severe cases, dogs can even end up suffocating to death if they ingest these plants.

As for the Swiss Cheese Plant, these ornate leaves may be very Instagram-worthy, but they can also cause oral irritation, drooling, vomiting, and swelling of the mouth, tongue, and lips when your furry friend decides to give them a little taste.

Other common yet poisonous house plants to keep away from your pooch includes:

Some ingredients that are toxic for dogs

Hold the treats! Resisting your pooch’s sad puppy eyes as he begs for a bite of your food might just save his life — apart from chocolate, other commonly-eaten food that can be fatal for dogs include:

Unbeknownst to many, onions, garlic, chives, and leeks can cause red blood cell destruction and result in anaemia; avocados contain a fungicidal toxin called persin that can cause vomiting and diarrhoea; Xylitol, a sweetener found in many products including sugar-free gum and candy, can cause a rapid drop in blood sugar, resulting in fatal hypoglycemia and liver failure.

As for macadamia nuts, grapes, and raisins, the exact toxin has not yet been identified, but vets and pets poison control centres have confirmed that macadamia nuts can cause lethargy, lack of muscle control, tremors, and fever in dogs, while grapes and raisins may induce kidney failure.

It’s a common misconception amongst dog owners that painkillers made for human consumption can be given to canines experiencing discomfort, but do take note to never do so unless advised by a veterinarian. While medications make us feel better, several human medications are toxic to our precious fur buddies!

One such medication most commonly found in households is paracetamol (Panadol), which can hinder prostaglandin production in dogs — a substance that helps to maintain blood flow to its kidneys, prevent clotting, and protect the inner lining of the stomach. As a result, giving your dog paracetamol carelessly can cause dogs to develop intestinal problems, loss of appetite, vomiting and diarrhoea, bleeding disorders, and even kidney or liver failure.

Other common human medications that shouldn’t be given to dogs without a veterinarian’s prescription include:

All of the above may cause a range of symptoms in dogs, including seizures and kidney failure.

Plus, as many of the coatings on everyday medications taste sweet and appealing to dogs, it is best to keep all medications completely out of reach of pets and store them in an opaque container. A zip-lock bag alone is not enough to deter them because it can be chewed through and offers a clear view of the “treats” inside!

Fertilisers might be nutritional for plants, but our four-legged companions can definitely do without them. Generally, most fertilisers are fairly safe, but because of the nitrogen, phosphorus, potassium, and more it contains, ingesting even a small handful can cause mild to moderate gastrointestinal irritation, with symptoms like vomiting, diarrhoea, hypersalivation, lethargy, and abdominal pain.

However, fertilisers are made up of varying combinations of ingredients, which makes the effects of ingestion differ. Some may contain organic products such as blood meal, bone meal, feather meal, and iron-based products which will be tasty but dangerous to dogs. If consumed in large amounts, these fertilisers may form a concretion in the stomach which obstructs the gastrointestinal tract and your dog may develop pancreatitis.

Others may contain a significant amount of iron which can result in iron toxicity if consumed in large amounts, or insecticides that can cause a sudden onset of seizures and pancreatitis.

It goes without saying that all common household cleaners such as detergents, fabric softener, bleach, and ammonia can poison your pet due to the many harmful chemicals it contains. For example, bleach contains hydrogen peroxide, which may cause vomiting in addition to tissue irritation, and ammonia contributes to asthma and burns mucous membranes, which serve to protect the inside of the body from dirt and pathogens such as viruses and bacteria.

However, most pet owners are unaware that even the most unassuming of household products such as mothballs and dishwashing liquid can also be rather dangerous for dogs! Mothballs contain naphthalene, which can lead to diarrhoea and seizures, while dishwashing soap may include sodium chloride, which often causes gastrointestinal discomforts such as vomiting and diarrhoea.

To be safe, we recommend keeping any product that is meant to clean and sterilise far away from your dog.

Better to be Safe than Sorry

As pet owners, we are responsible for our fur buddy’s safety and well-being. Though it might be a hassle initially, make sure to stop and check if what you’re about to give your dog is safe for it to ingest, and do a quick survey of your house to ensure that everything potentially toxic for your pet is kept far away from its reach, including plants, medication, fertilisers, and chemicals.

If you suspect that your pet has been poisoned and is exhibiting unusual behaviour such as vomiting, lethargy, diarrhoea, and pawing at its face, do not panic and rush it to the nearest emergency animal clinic for a proper check up.

How Should You Prepare for Dementia in Dogs?

Post-surgery Care: 5 Tips for Looking After Your Dog

Overgrooming in Felines: Signs, Reasons & Ways to Stop it

Does Your Dog or Cat Have Diabetes? Symptoms & Preventive Measures

Are You Caring for Your Dog & Cat’s Joints Properly?

The Beginner’s Guide to Growing an Amazing Aquarium

5 Interesting Reasons Why Your Dog is Howling